A woman was left in tears after she was accused of lying when she signed up for a 28" pizza challenge.

Raina Huang ventured out to StevO's Pizza n Ribs in Aurora, Colorado, specifically to take on the task.

However, upon arrival, she was greeted by restaurant owner Steve Wieand who savagely ripped into the unsuspecting customer after finding out she took part in such challenges as a hobby.

The 27-year-old eater posted a tearful video on social media after being booted out of the pizzeria, telling her followers: "He called me a 'dirty, lying wh***' straight to my face... I've never had a restaurant experience this bad, I was just here to do a pizza challenge. I don't understand." 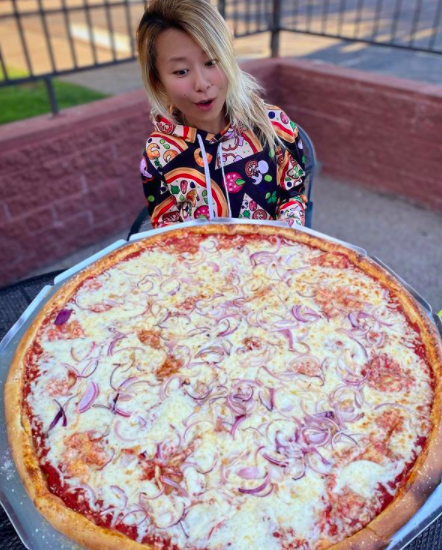 In a statement to local media, Wieand's own daughter Stephanie admitted that she disagreed with how her father handled things.

She said: "I think that it could have been handled better. All I want to say is that I apologize to Raina and to everyone... I would say that he definitely feels bad."

In response, unhappy customers and supporters have flooded the StevO's Yelp page with one-star reviews – forcing the site to shut down reviews.

The altercation between Wieand and Huang was captured by a surveillance camera. This evidence, subsequently obtained by ABC 7 Denver, reveals the restaurant owner refused to even grant Huang entry to the restaurant before savagely criticising her for attempting to take part in his food challenge.

The OMG Pizza challenge itself involves eating an entire 28-inch pizza within an hour timeframe. Winners take home a cash prize of $100, as well as chronic heartburn.

It should be noted that there are no warnings on the website over who can and cannot compete. This added to Huang's confusion when she wasn't allowed to take part. 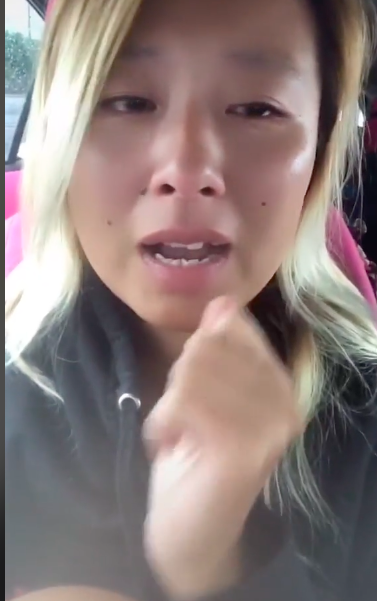 Huang was distraught after the incident (Credit: TikTok/Rainaiscrazy)

We may never know whether Huang would have won the OMG Pizza Challenge. However, one look at her CV and it's obvious that she was in with a shout.

Over the years, Huang has successfully beaten dozens of different eating challenges across America. In one of her clips, for instance, she demolishes an 18-inch pizza and 40-ounce soda in just eight minutes.

Clearly, the woman can eat.

READ MORE: Who is the world's best competitive eater? From Joey Chestnut to Miki Sudo

Huang's abilities are so spectacular that she has developed a cult following on social media. Her TikTok account has over 1.9 million followers, many of whom expressed their support after the StevO's incident.

Given the publicity that can follow a particularly good eating challenge, it seems the restaurant may have missed a trick by refusing her entry.