Famous female chefs have faced some monumental challenges in their careers.

Cooking remains one of the most male-dominated professions. Women make up just 18 per cent of the workforce in UK kitchens and the global picture is equally depressing.

Masculinity and bravado remain par for the course in many restaurants and are often sadly recognised as industry standards.

However, there are signs that this is changing. 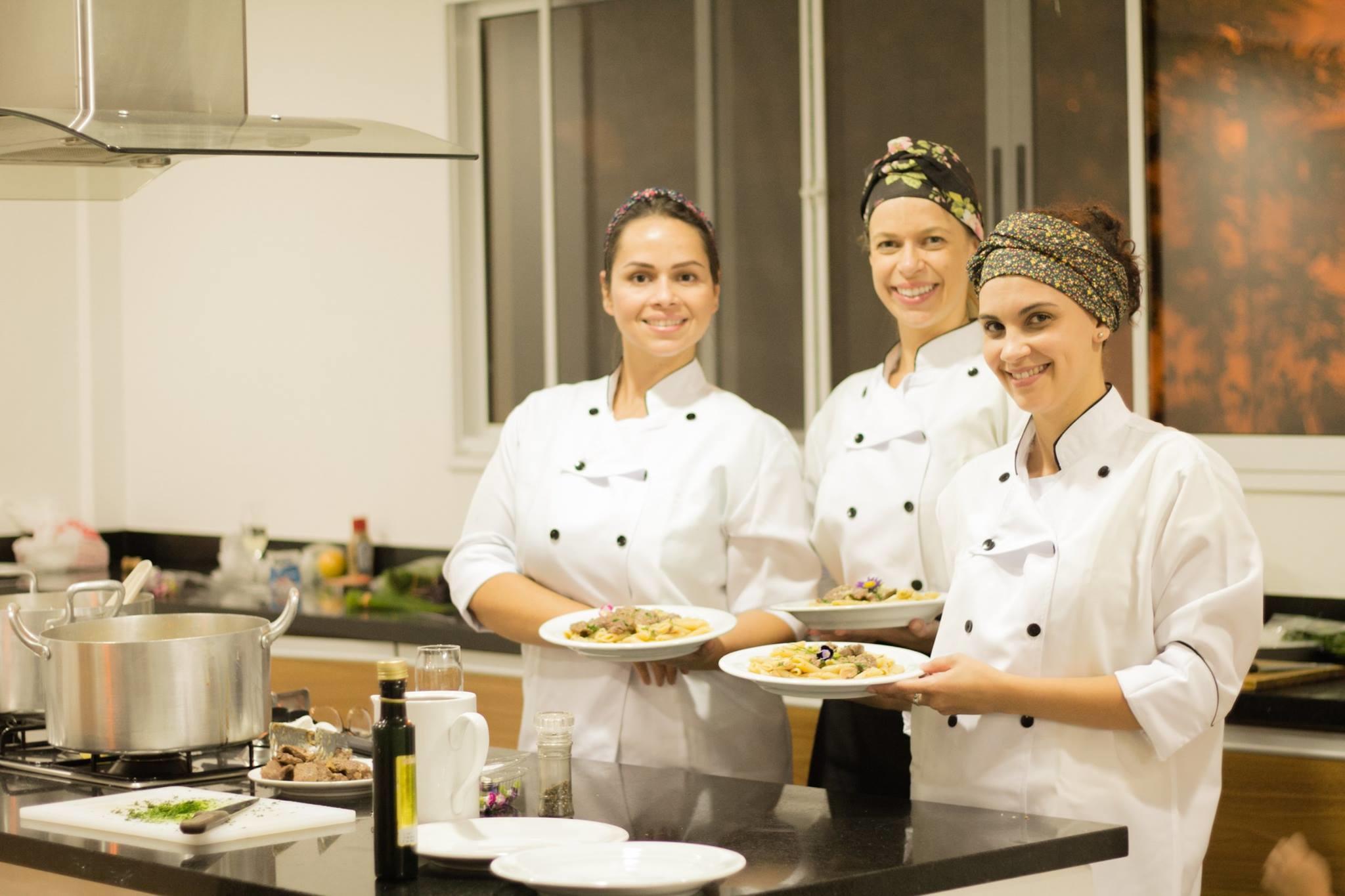 After overcoming the odds, you can guarantee that any top female chef is a seriously good cook.

READ MORE: Here's what happened to the restaurants on Gordon Ramsay's Kitchen Nightmares

In recognition of their achievements, here’s a collection of 11 of the greatest famous female chefs around the world. 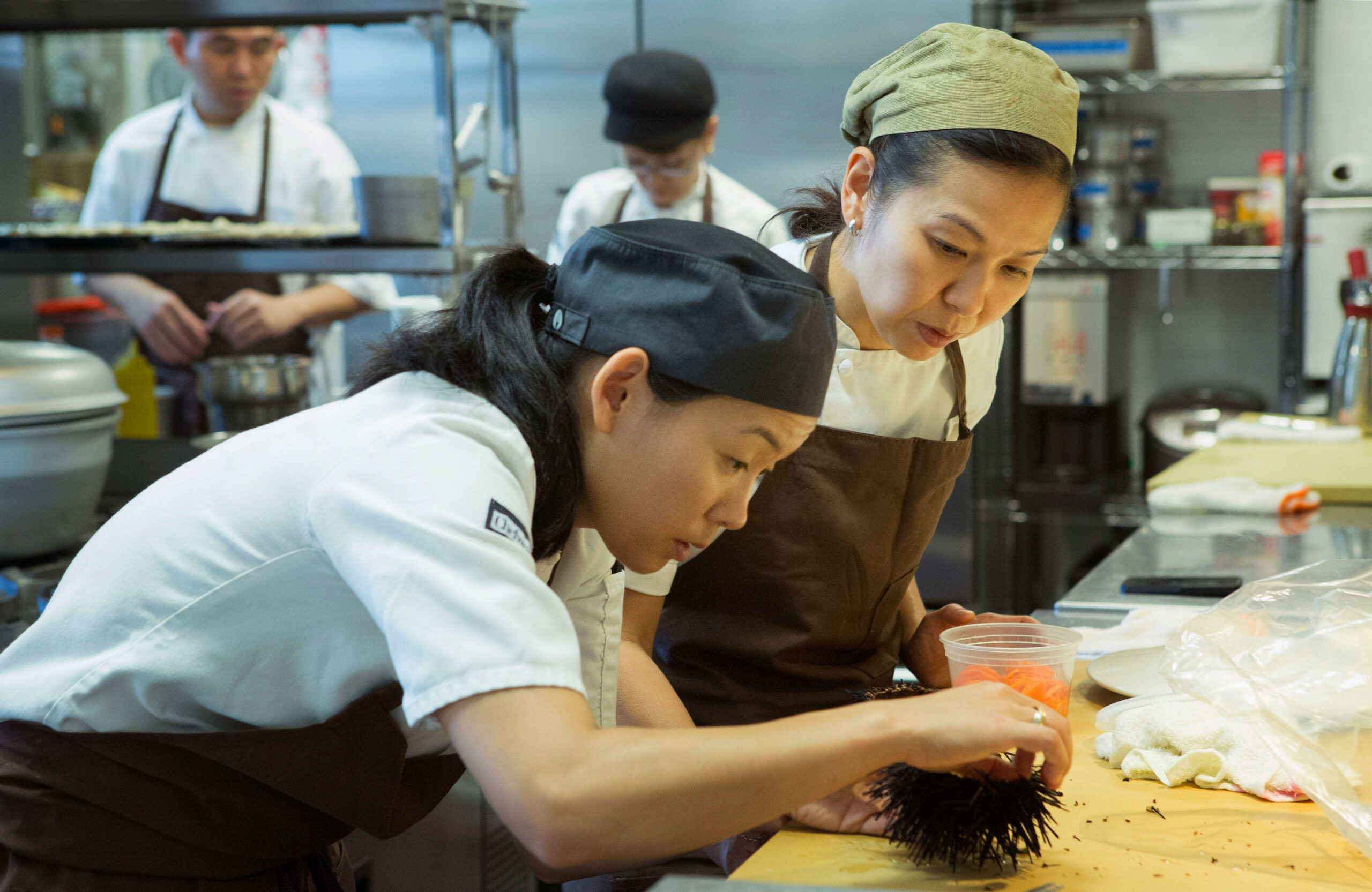 Japanese haute cuisine is perhaps one of the most segregated of all cooking traditions. For instance, during the early years of Niki Nakayama's career, Japanese men would walk into her restaurant, see a woman and leave.

However, despite these societal obstacles, Nakayama has proved that she has what it takes to succeed at the highest level. Thanks to her determination and will-power, her restaurant n/naka is now recognised as the top Japanese eatery in California. 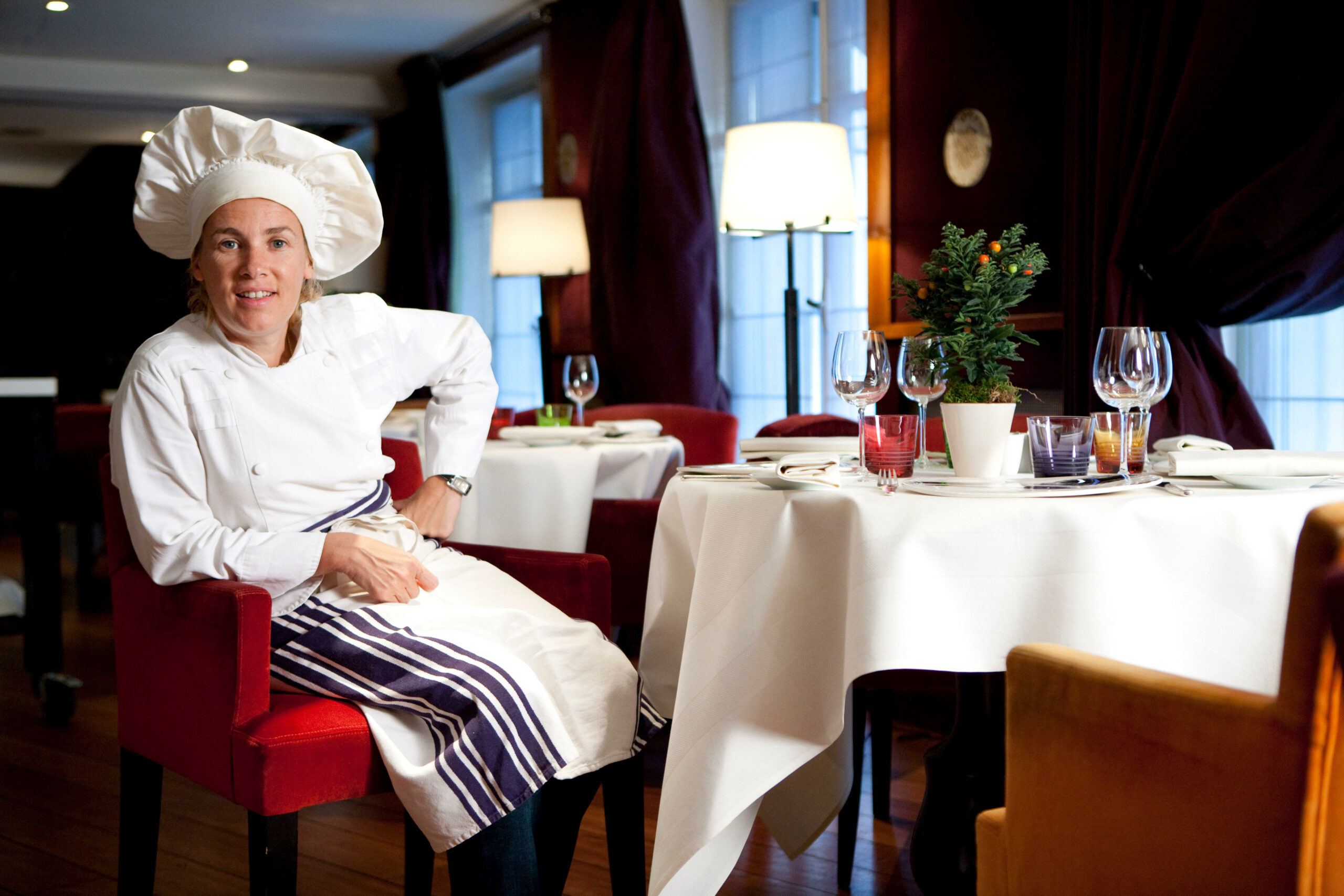 Mentored by the legendary Alain Ducasse, Helene Darroze is proof that gender is no barrier to exceptional cookery. Darroze won two Michelin Stars after taking over from Angela Hartnett as head chef at the Connaught Hotel in London and hasn't looked back since.

In addition, Darroze is also known for being the inspiration for the character Colette in Pixar’s 2007 film Ratatouille.

Clare Smyth's Core is one of the capitals most celebrated restaurants (Credit: Alamy/horst friedrichs)

A product of Gordon Ramsay’s restaurant empire, Clare Smyth has worked in some of the top kitchens around the world. After becoming head chef at the celebrity chef’s flagship, Restaurant Gordon Ramsay, Smyth also became the first female chef ever to run a kitchen with three Michelin Stars.

Furthermore, Smyth has gone on to open her own successful signature kitchen, Core. Since launch, Core has been acclaimed as one of London’s top dining destinations, winning two Michelin stars in its first year. 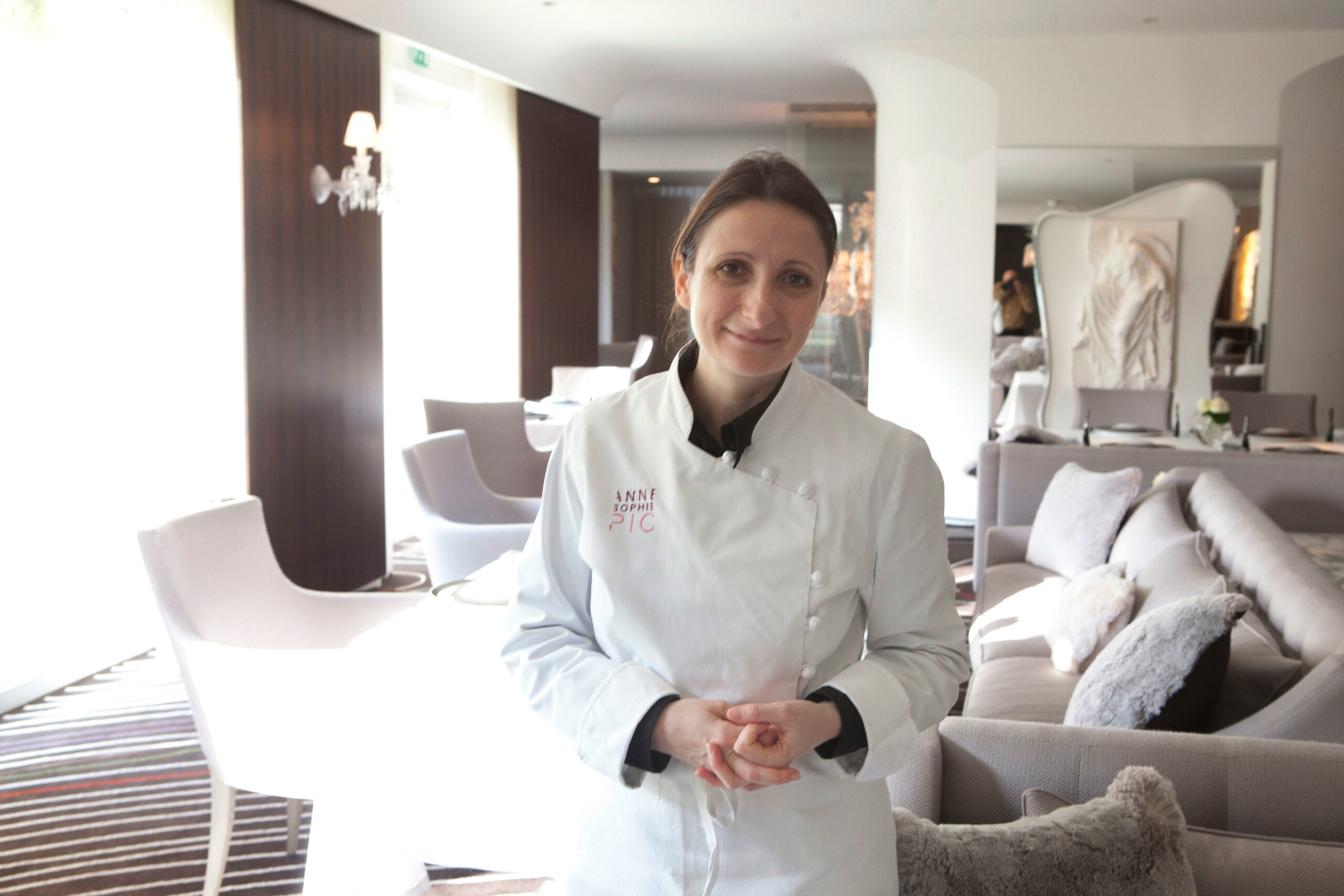 French cuisine is defined by tradition. Therefore, to succeed in the French fine dining scene as a female chef was, for a long time, impossible.

Anne Sophie-Pic helped redefine what was possible for women when she became the fourth female chef ever to win a coveted three Michelin Stars at her restaurant Maison Pic. As a result, Sophie-Pic is now recognised as a figurehead in French cookery. 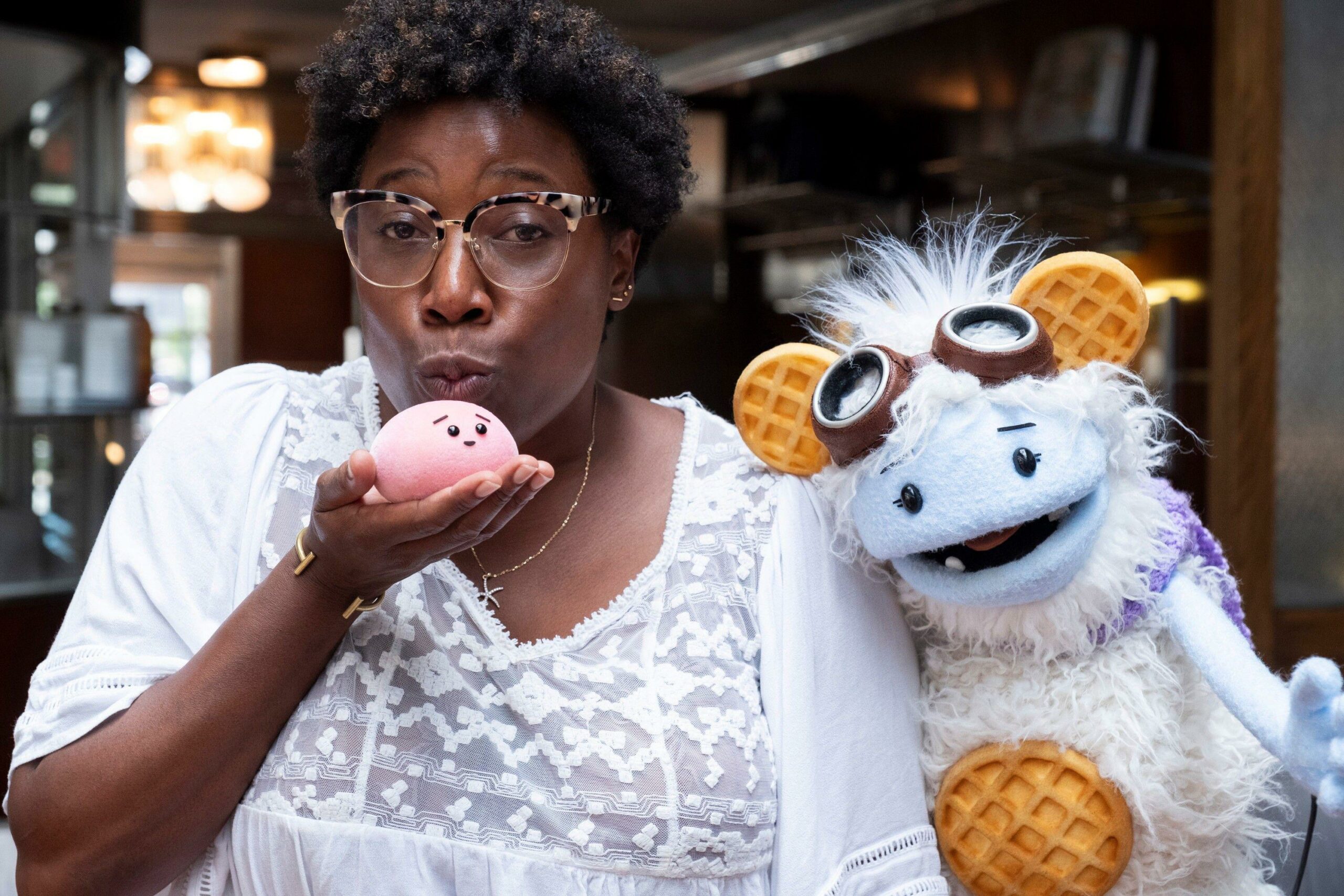 Recognised by Eater as the best restaurant in America in 2017, Mashama Bailey’s flagship The Grey offers a unique dining experience. Housed in a former Jim Crowe era bus depot, Bailey serves up Southern American food peppered with traces of her African ancestry.

The result is a menu that takes ancient traditional flavours and makes them resonate with a modern American audience. Whatever your heritage, the experience is an extraordinary one. 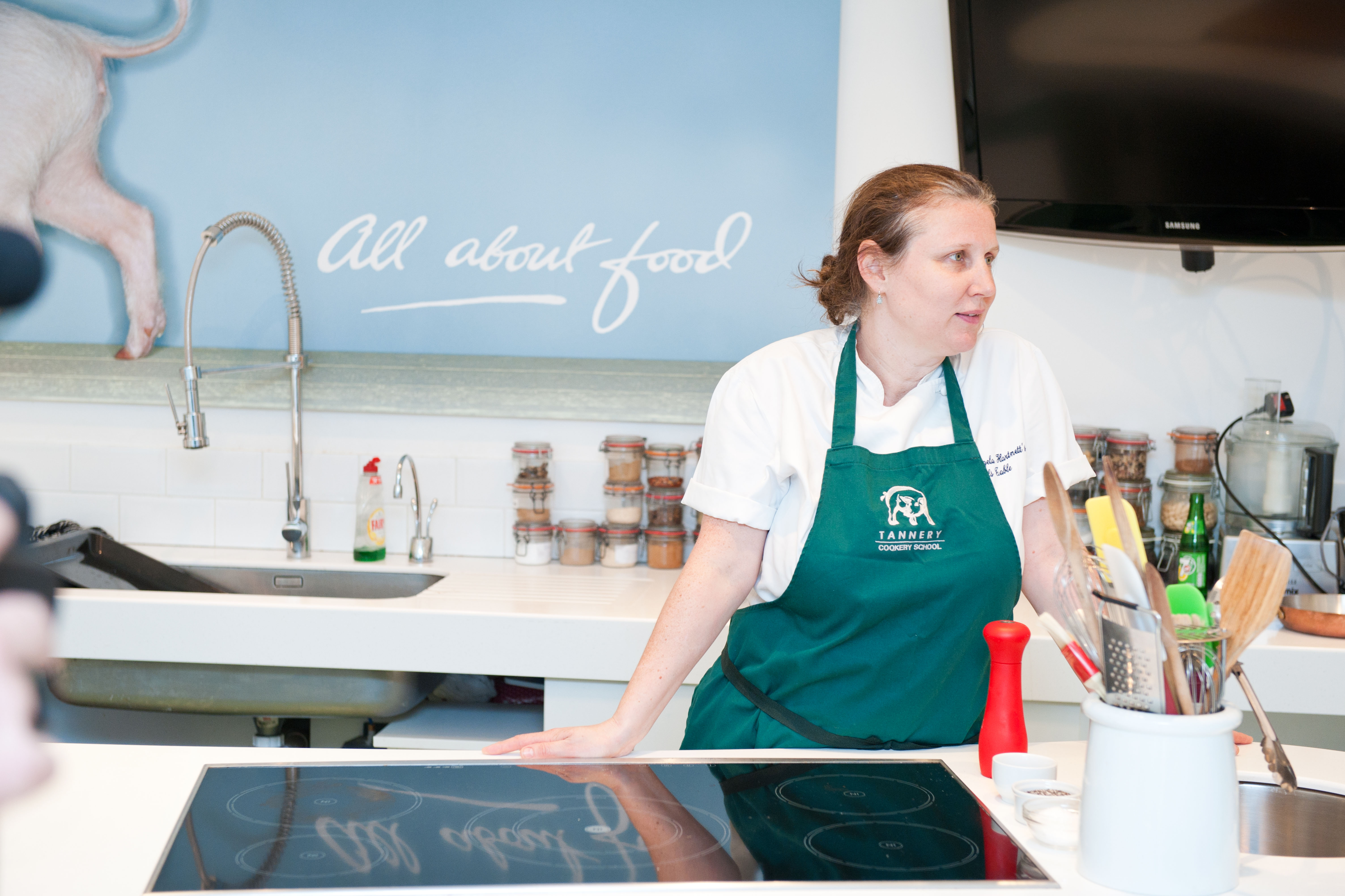 Hartnett received her culinary education in the fires of Gordon Ramsay’s first restaurant. She then went on to help launch a slew of restaurants for Ramsay and fellow celebrity chef Marcus Wareing.

Since then, Hartnett established herself as one of the pre-eminent chefs in Britain. She's also won a clutch of Michelin Stars, including at modern Italian restaurant Murano, as well as opening a series of successful casual dining restaurants. 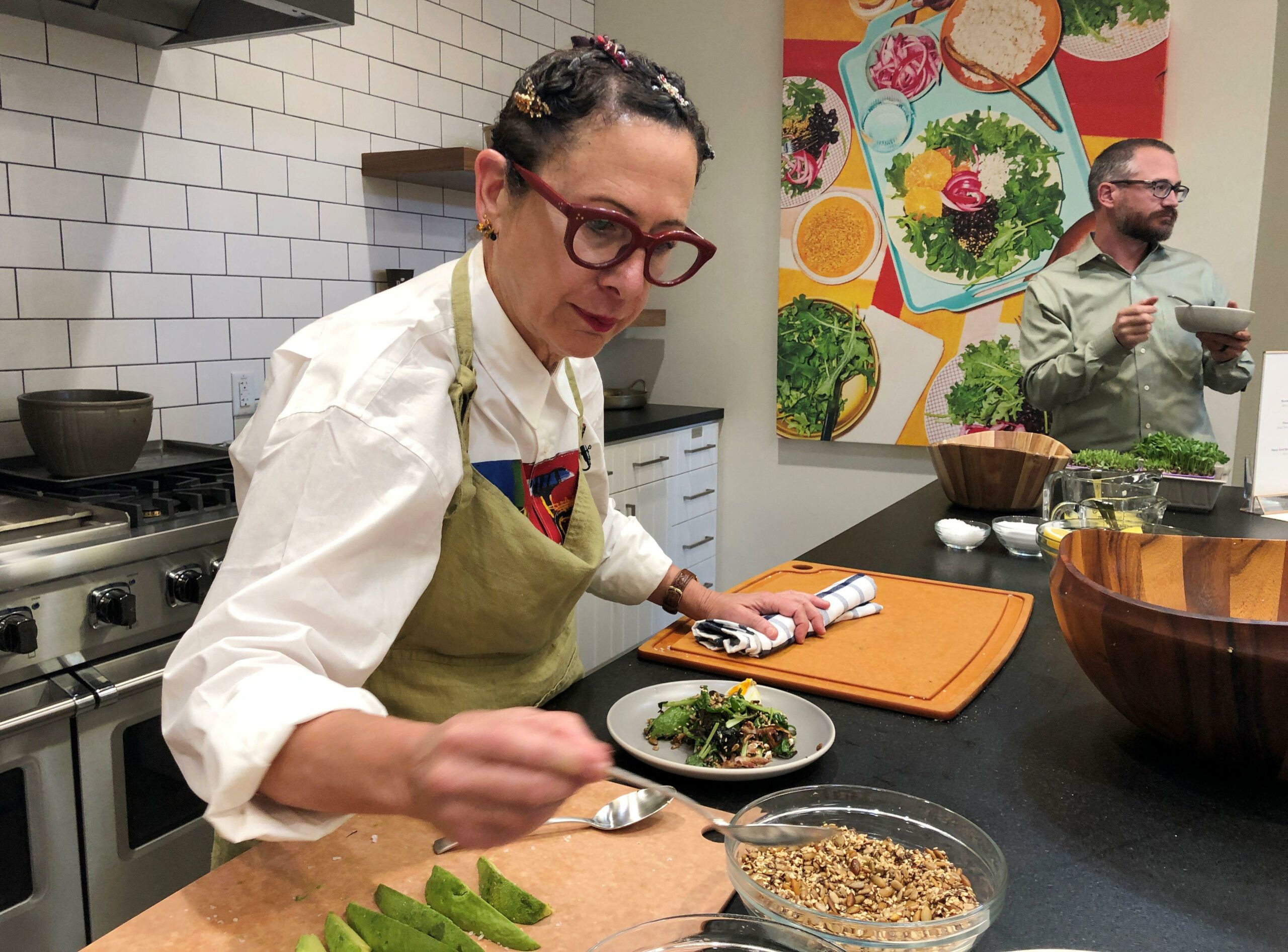 Nancy Silverton is one of the world's foremost pastry chefs (Credit: Alamy/Reuters)

Today acknowledged as one of the most influential figures in American baking, Nancy Silverton has earnt global recognition for her prodigious pastry skills.

A former protege of Wolfgang Puck, Silverton has won several awards for both baking and her wider skill set. In addition to her pastry skills, she has gone on to open everything from pizzerias to fine dining institutions. 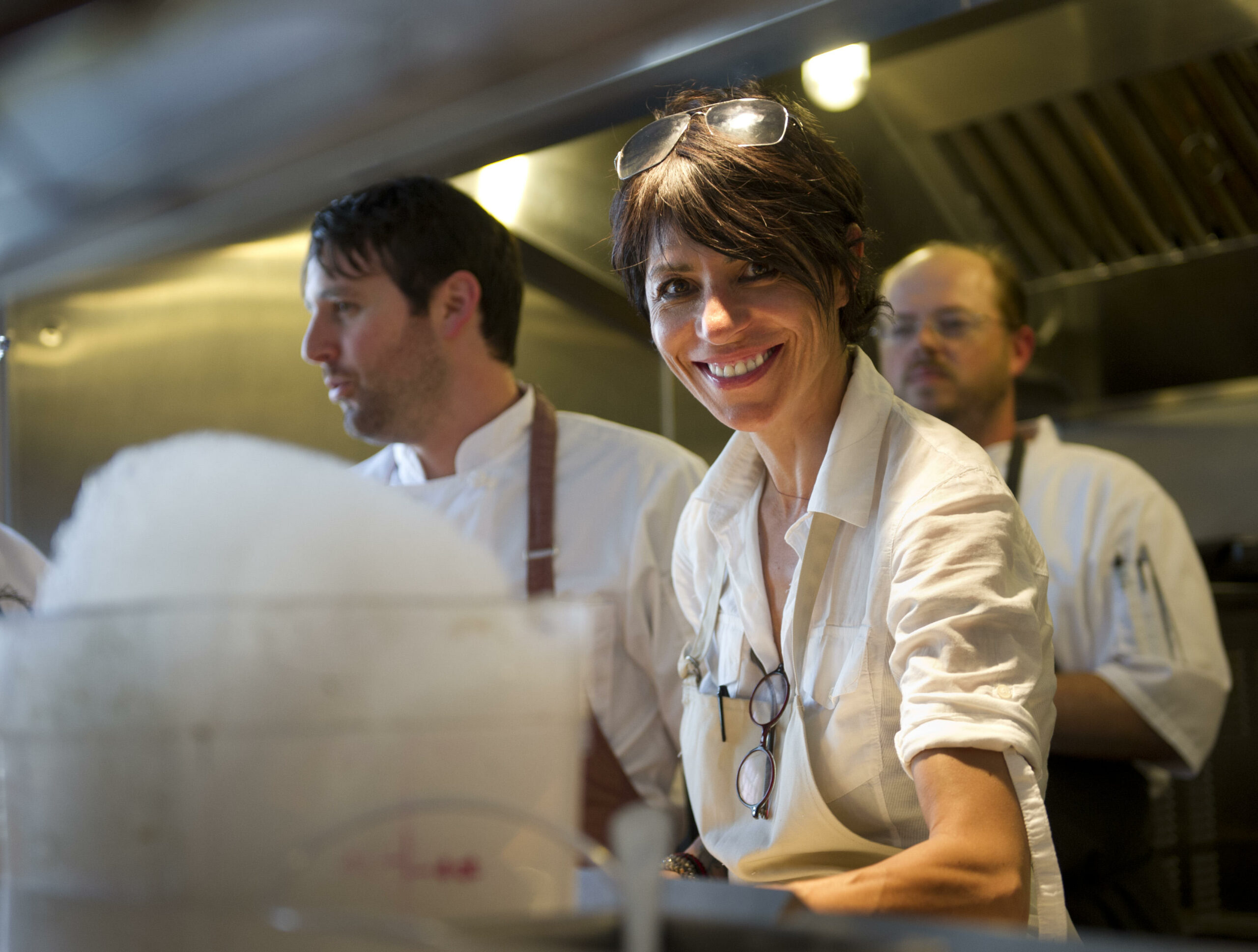 A star of San Francisco’s fine dining scene, French-born chef Dominique Crenn pushes the boundaries of modern gastronomy. Initially put off by the male-dominated kitchens in her native France, Crenn studied for a degree in economics and a masters in international business.

She then embarked on a culinary career culminating in the launch of her small two-Michelin Star eatery, Atelier Crenn. Named the world’s “Best Female Chef” in 2016, Crenn is an undisputed queen of global cooking. 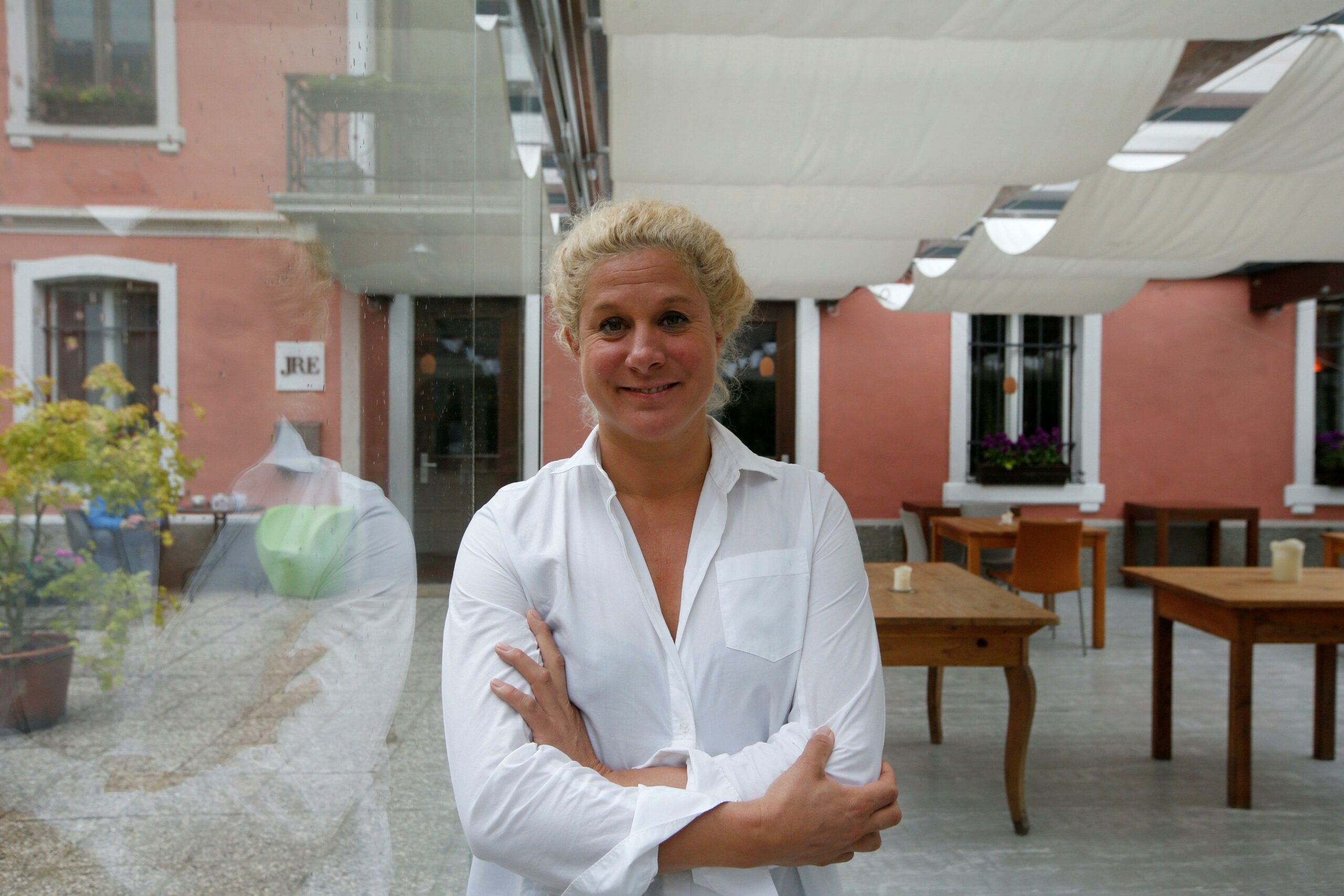 Ana Ros took on the responsibilities of head chef at beloved Slovenian restaurant Hiša Franko with no training. This was against the will of her family and was an uphill struggle from the get-go.

However, through perseverance, creative flair and imagination, Ros has fought her way to world cooking’s top table. Today, she specialises in giving hyper-local specialties a modern technical twist.

Together with a stellar wine cellar curated by her husband, Roš’ menu is now recognised as one of the most exceptional in Europe, let alone Slovenia. 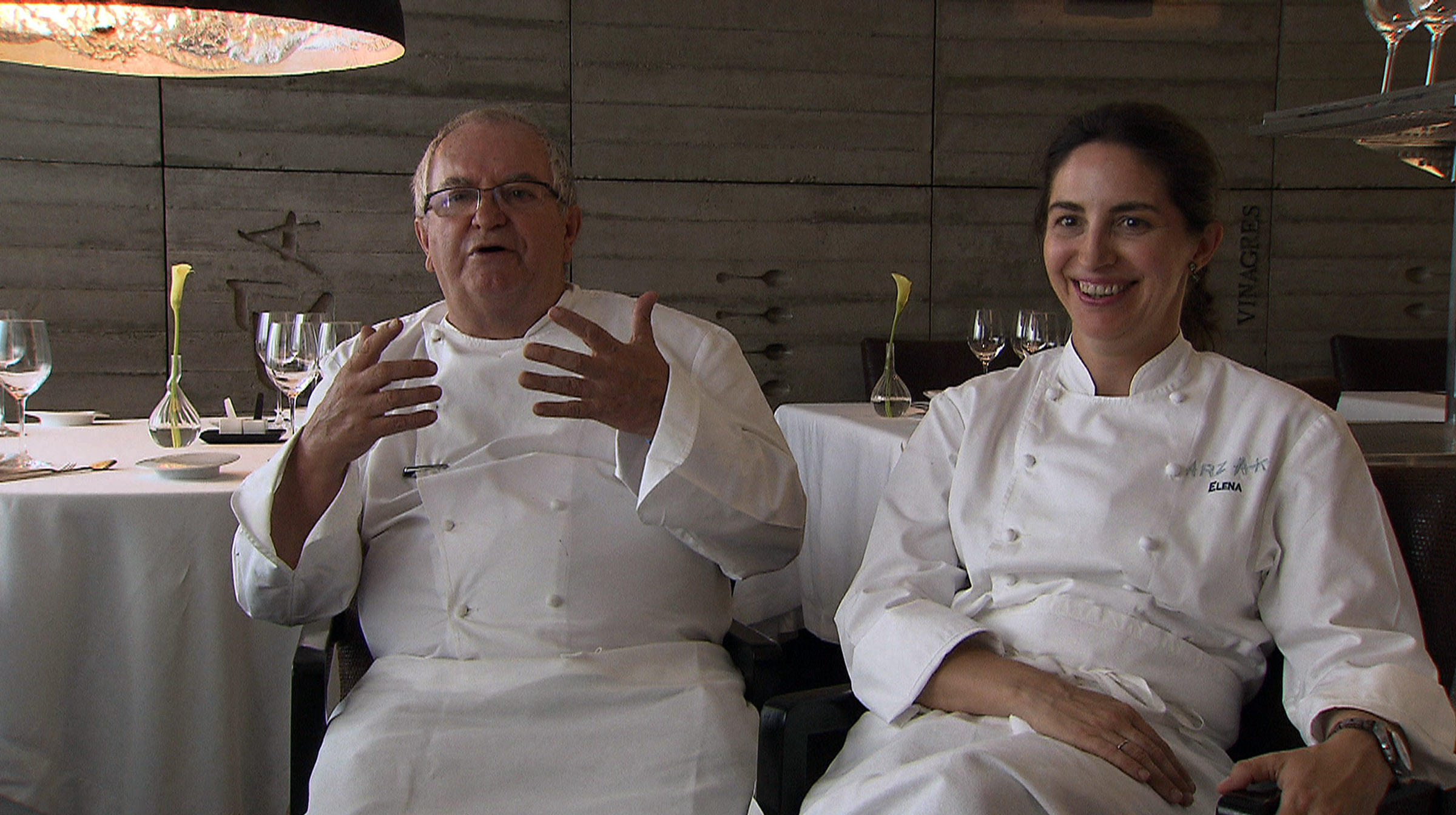 Consistently ranked as one of the greatest restaurants in the world, Arzak is a Spanish institution. Correspondingly, the restaurant is one of most well-established three-star destinations in the world. 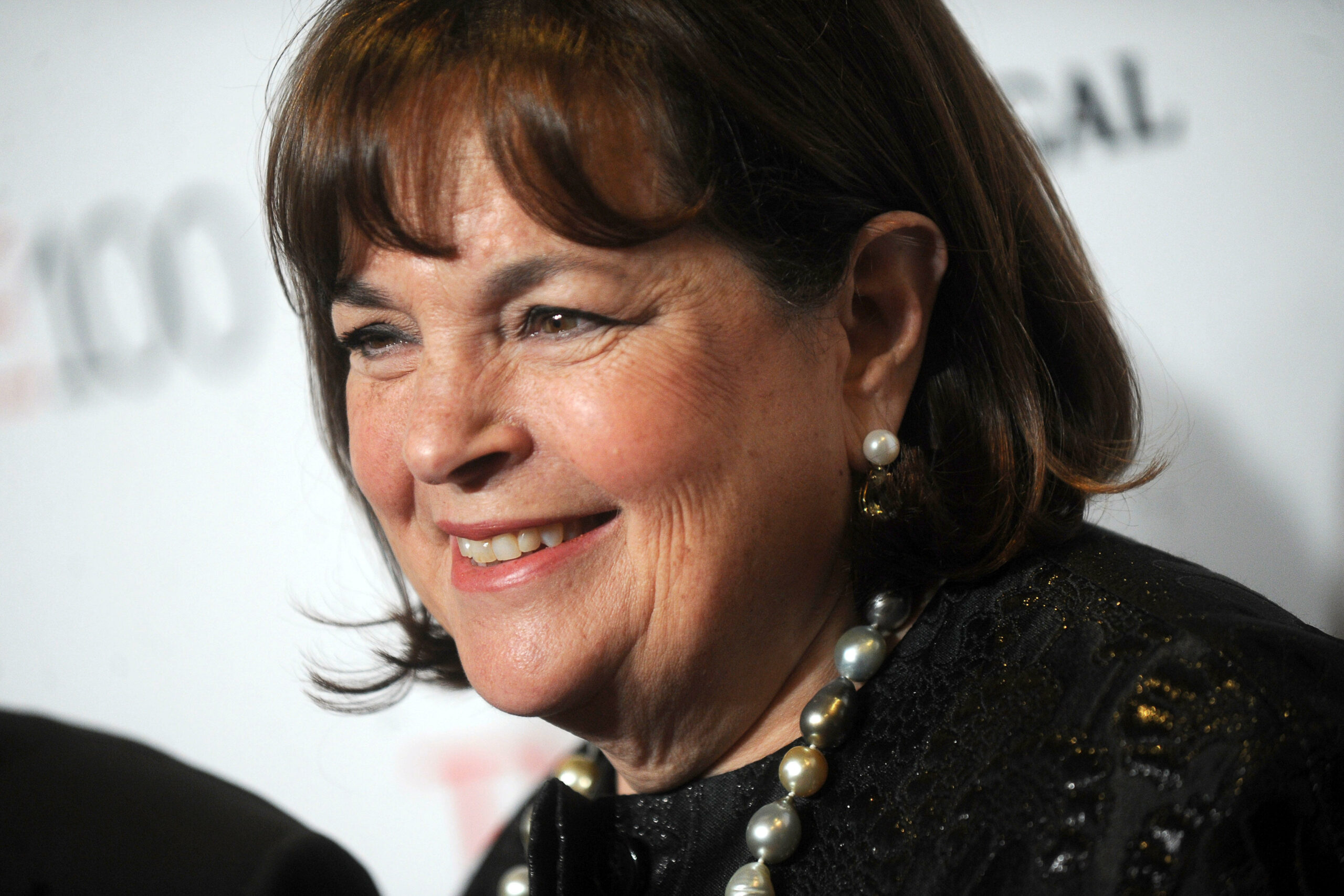 Ina Garten is one of the most recognisable female chefs in the world (Credit: Alamy/dpa picture alliance)

You don’t have to be a master of fine dining to be an exceptional cook. Ina Garten has built a global following around delicious home-cooked comfort food.

READ MORE: Most influential celebrity chefs of all time

Today, she's the ruler of an empire that extends across stores, books and television. Most notably, however, as the host of Food Network favourite Barefoot Contessa, Garten has highlighted how successful women be in the food industry.

Sadly, there's still a long way to until women find themselves on a level playing field.

But the reality is that women are easily capable of outperforming their male peers. If you ever needed proof, the success stories on this list provide more than enough.