After a year of domestic incarceration, travel is obviously a hot topic. Post-pandemic, we all want to experience the thrill of foreign soil and the prospect of exciting, undiscovered dishes.

Sadly, thanks to a still-raging virus and an incomprehensible traffic light system, most of our plans for exotic adventure are still on hold. However, at one special London eatery, there is still a way to broaden our food horizons.

Carousel London is a restaurant concept unlike any other. Instead of a traditional structure, style and staff, the business instead operates a revolutionary revolving policy. Chefs from around the world come to cook at exclusive residencies, showcasing incredibly varied cuisines and techniques.

The result is both part restaurant and part international hub right in the heart of London.

We sat down with head chef Mark Tuttiett to discuss how a revolving restaurant survives and thrives, and why visiting Carousel might just be the ultimate way to take a food holiday in 2021. 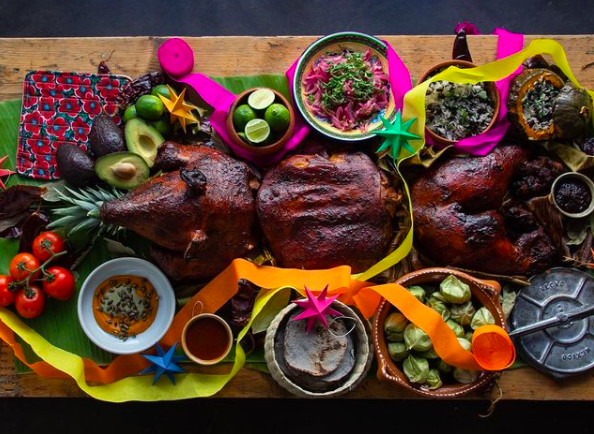 The current global crisis has been a disaster for the restaurant industry as a whole. However, you could make a strong argument that a concept like Carousel is uniquely positioned to take advantage of our restricted circumstances.

Essentially, the business acts like a culinary fulcrum, inviting exciting cooks from across the world to strut their stuff in London. The line-up, menu and cuisine change dramatically, according to who's cooking. It's a radical reimagining of the traditional restaurant formula.

As Tuttiett explains to me over the phone, the model naturally helps people experience top-quality international cooking without the need to leave the UK. As he puts it: "Everyone has that list of restaurants that they want to eat at.

And the result is an ever-changing collection of international cooking superstars that gives a glimpse into what's available both within the capital and beyond.

Looking back at the list of previous collaborators, it's easy to see why Carousel is building such a formidable reputation. Everyone from Nottingham's Michelin-starred Alex Bond to lesser-known guest chefs from Asia and America is welcome.

Although the big names certainly attract the most attention, they aren't the only factor that make Carousel a special experience. As Tuttiett reveals: "A lot of chefs that are trying to open up their own restaurants... we give them the opportunity to test the water with the market and see if their food is what people want.

"It's an opportunity for people to have fun and cook. We make friends along the way and now have a community that no one else really does."

With cooking classes, special lectures and dinner all part of the Carousel package, the business really does deliver a unique cultural experience. 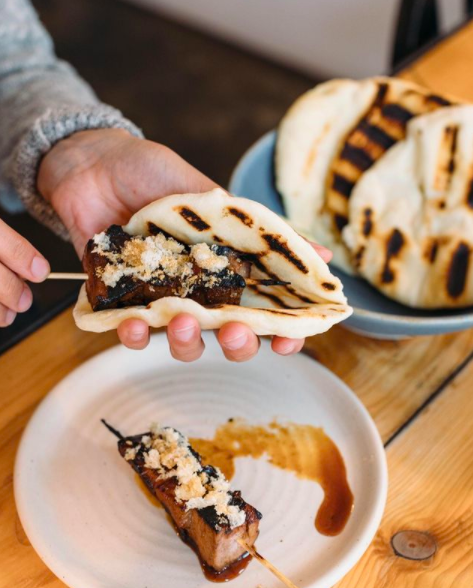 The menu features dishes from all over the world (Credit: Instagram/carousel_ldn)

In a normal kitchen, the head chef has a clearly defined set of roles and responsibilities. Often, this involves shouting at subordinates whenever they mess up his or her menu.

However, at Carousel, Tuttiett is required to have a very different skillset. In fact, as he tells me, his role can be an incredibly complex balancing act. He reveals: "Lots and lots go on at Carousel – it's an incredible building filled with passionate and creative people.

"The idea is that we jump on the phone (with guest chefs) and we talk about the menu. We will push back on certain ideas and (suggest) 'maybe don't use this ingredient' or 'let's try and focus on using local English products'."

A chef's vision might include more than just the menu. Tuttiett cites a recent visit from Scandinavian iconoclasts Punk Royale in which the restaurant was transformed into a smoke machine-filled rave hall for lunch service. When it comes to giving its guests a taster, Carousel clearly commits.

In this way, Tuttiett and his team almost have to act as moderators, exploring the best way to deliver on a guest chef's vision while maintaining the highest possible standards.

READ MORE: Fuku's Anna Sung reveals why Manchester is the next street food capital of the UK

This emphasis on compromise can occassionally lead to flare-ups. However, there's no doubt in Tuttiett's mind that working together is the way forward.

As he puts it: "It's a very open book when you come here. It's not like you arrive and rule the roost – you cook with us. We're doing their food but with our team – as a partnership."

When it comes to deciding who makes the cut, Tuttiett and the team take more than the menu into consideration. As he explains: "We really care about the people, what they do and whether they're good to the industry.

"We want to help create the new industry that is evolving – caring about mental health is a big part of it. You're not just coming here to cook, you're coming here to be a part of something."

"There have been a few that have got through," Tuttiett admits, "but we're quite good at knowing which person to get and who not to get."

This philosophy means that Carousel is much more than a facility for established superstars to sell their brand. When everything goes according to plan, the concept can be hugely beneficial to enterprising chefs as well as customers. 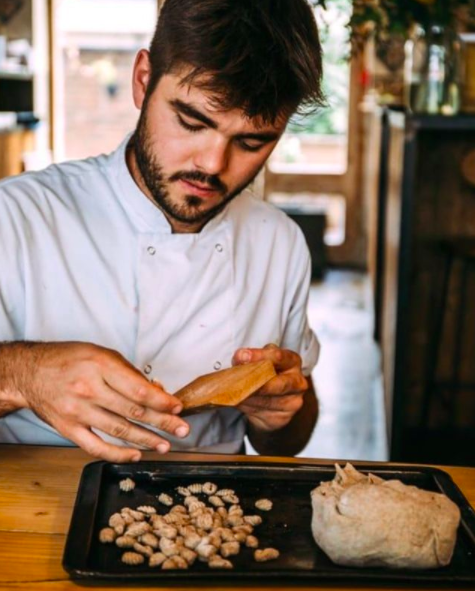 What's on the menu?

Although the overall philosophy is important at Carousel, the food is clearly the star of the show.

From week to week, the restaurant could serve apricot baked alaskas, pastrami-style barbecue brisket and smoked jagerwurst sausage, before switching to mackerel sashimi and crispy rice courtesy of Scandi sushi specialist Carl Ishizaki. To call it eclectic is an understatement.

However, this dynamic and shifting menu is what makes the restaurant so compelling. As Tuttiett reveals: "Some people will come every other week, because it is changing so much.

"They feel like they're part of a journey with us. They get to know the chef and the team here from the front of house to the bar."

This variety makes Carousel a uniquely compelling dining experience. However, it also explains why the restaurant is a great substitute for a holiday.

In these troubled times, where else can you take your tastebuds on a trip from Japan to the Middle East, via The Mediterranean?

Of course, nothing compares to the real thing. But while we're all still stuck, to a greater or lesser extent, Carousel might well be the ultimate stop-gap for travel sick diners.