Restaurateur Roop Partap Choudhary has the unique experience of having grown up celebrating Christmas all around the Indian subcontinent.

The son of Indian hoteliers Colonel Manbeer Saab and Mrs Binny Choudhary, he was travelling from the age of four until he reached early adulthood, and was subsequently immersed into communities everywhere from the Sri Lankan border to the edge of Pakistan.

The family's nomadic tradition begun even before Roop was born. His father (and namesake of his new Holborn eatery, Colonel Saab) was previously a decorated member of the Indian Army, meaning that he and Binny spent several years travelling up and down the country, meeting locals and developing a knowledge of India's cultural landscape that few could rival. 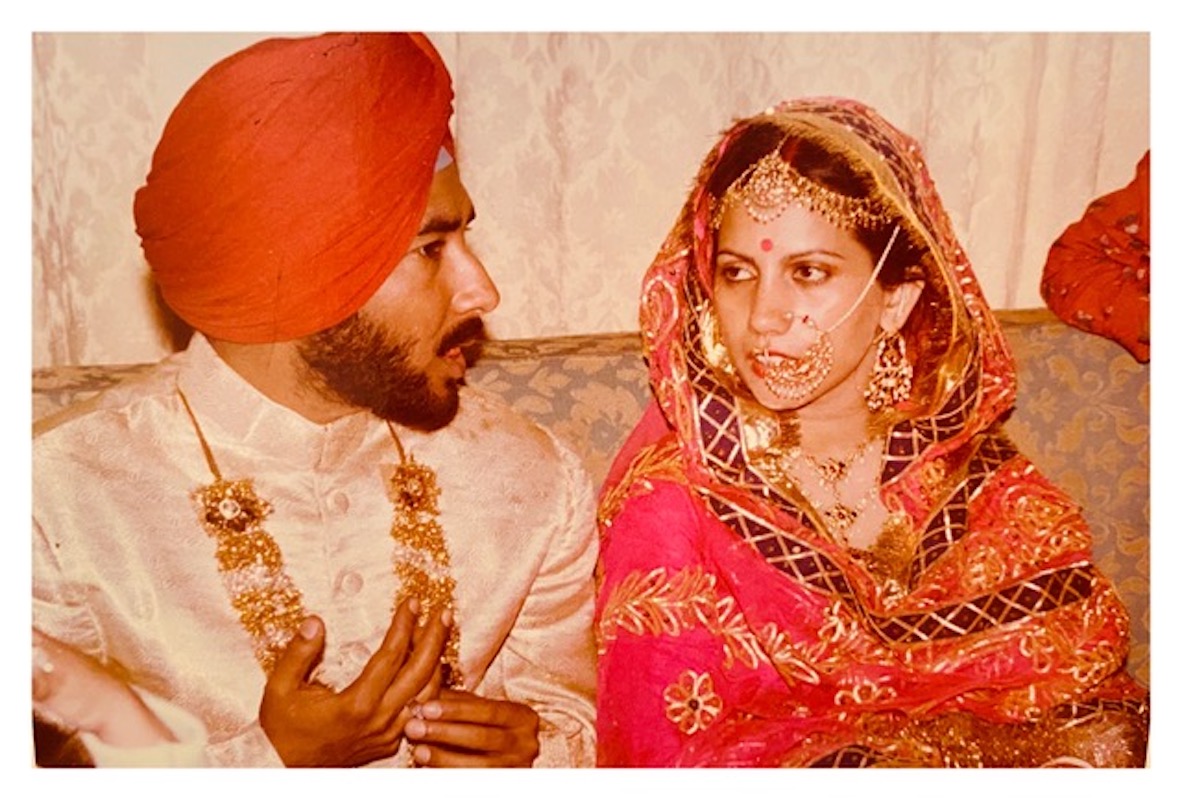 READ MORE: What food do people eat on Christmas Day around the world?

In the 90s, as their hotel empire grew, they imparted the same experience onto their son, moving him from village to village every two years or so.

“But also what was on the table was different, and those regional dishes I ate growing up are still engraved in my mind, today”.

Perhaps surprisingly, given his Sikh upbringing, Roop explains that many of his most palpable food memories were formed over Christmas-time. 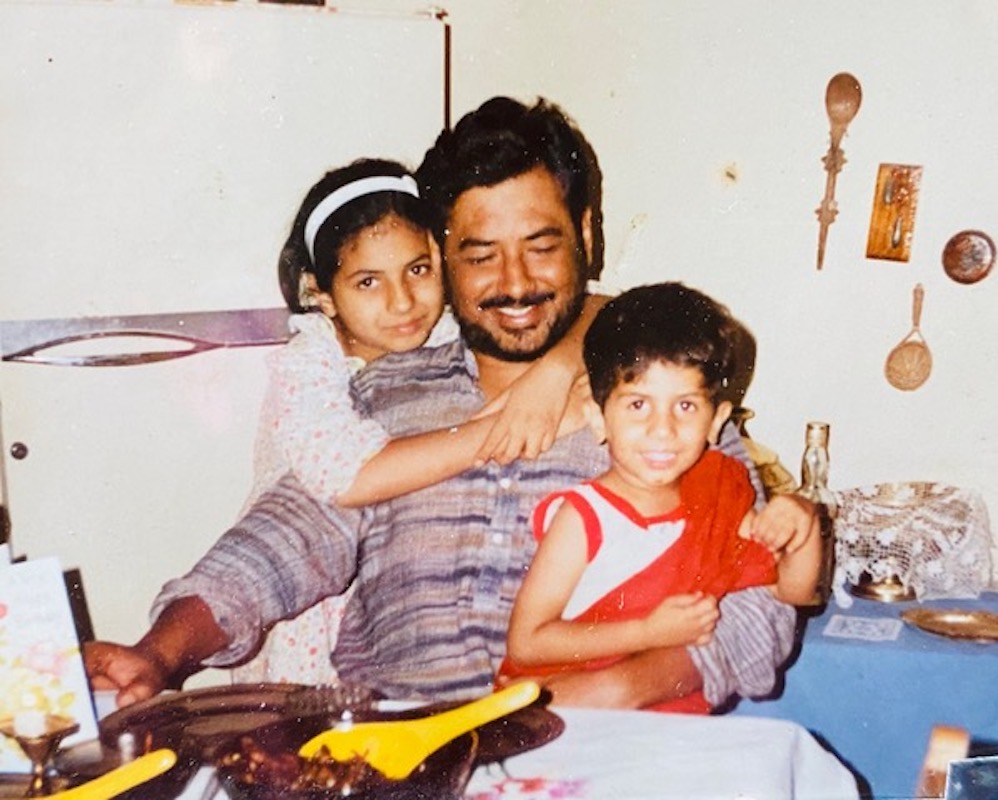 This is primarily because before he was born, Christmas was such a pivotal time for his mother, who was often a newcomer in whichever tight-knit local community she was living whilst Colonel Saab was posted with the army.

"My mother would generally have been in very small cities or villages, where the only method of celebrating Christmas was actually being invited to every neighbour's house, 20 or 30 days before [Christmas Day]," he says.

"Every neighbour would put together some sort of dish and share their traditions," and Binny never forgot the food (or indeed the people) that she came across.

Roop tells of how his mother was determined to continue this ethos of festive generosity thereafter – especially when it came to food – and would regularly entertain locals wherever she was living.

"When she was in a city that didn't have any Christian population, she would call the Muslim and Sikh families to be a part of her tradition," he says.

“[Christmas] was all about making sure that your table is open to whoever was a part of your life,” he adds. “That’s something that has always stayed with me”. 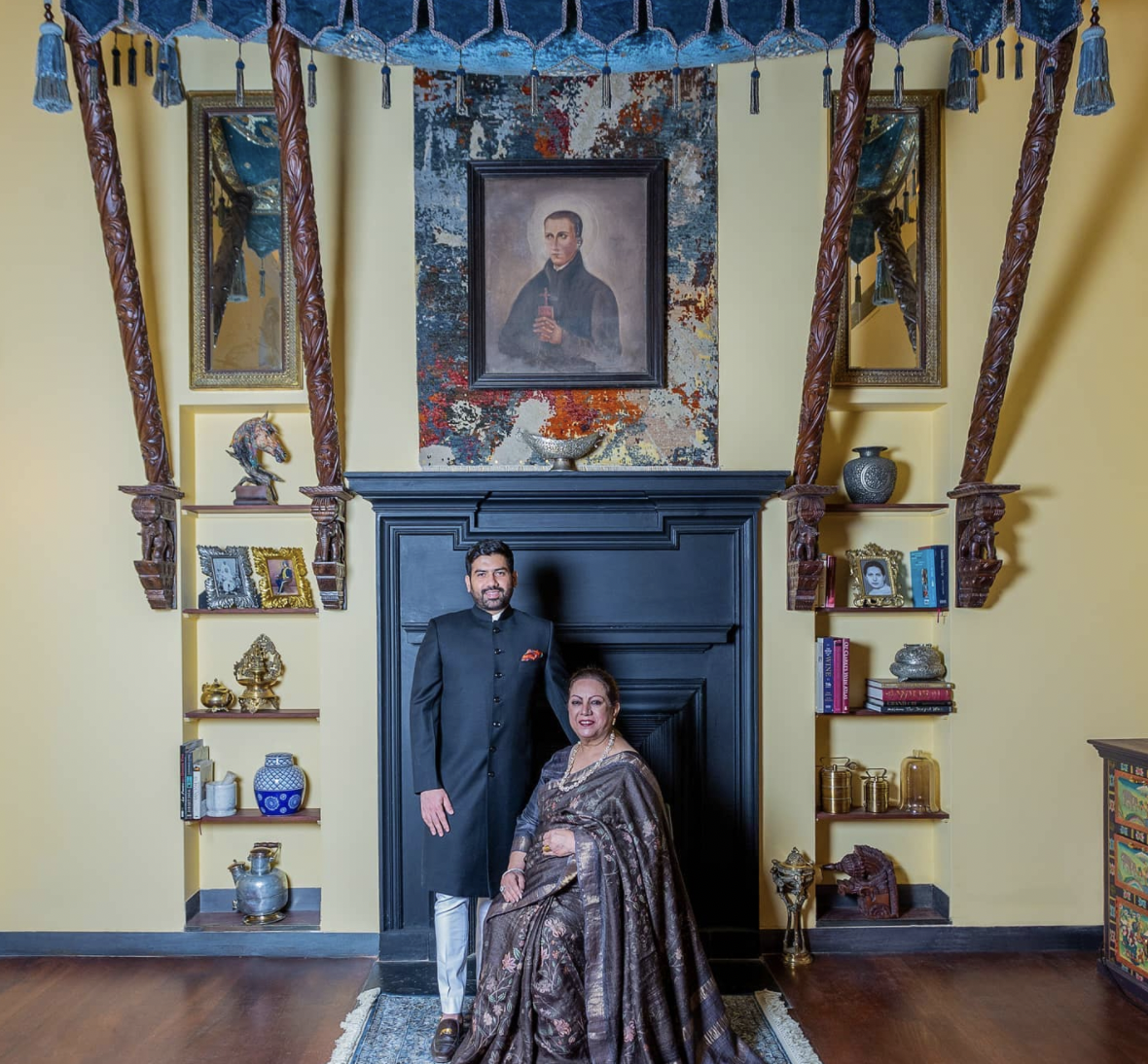 READ MORE: Check out Twisted's recipe for a Christmas Biryani

Inspired by the kind and welcoming nature of the locals his mother had met, Roop's childhood Christmas Day would usually consist of around 10 families coming together to share a "pot-luck buffet" of regional Indian delights, often made with the finest local ingredients, which they had been saving for up months.

"What was fascinating is these ingredients [varied] so drastically across India," he says – and having travelled so extensively, Binny had picked up a unique knowledge of how to cook with most of them.

"I remember my mother used to be posted in a place called Kashmir, which is right next to the Pakistan border.

"There wasn't seafood... no river or anything like that, so she would make this Sunday lamb curry for all of us, which was basically made with mutton marinated overnight in in 10 different spices," he says.

"Then, when she was posted down to South India she couldn't find lamb, so she started making grilled fish as a part of her Christmas tradition. She would make these [into a] moilee, which is basically a coconut based curry.

"Today, in places like Calcutta, which used to be a British colony and still has a lot of nuns and Catholic influence, it's still a tradition to eat fish curry for their Christmas". 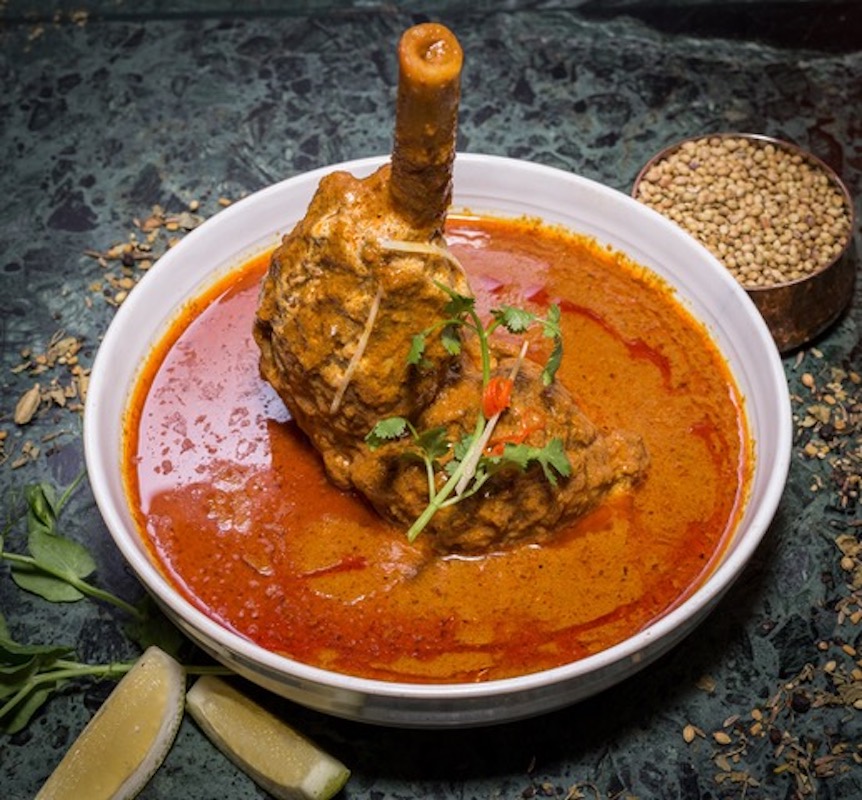 Another culinary memory the restaurateur has is of the vegetarian food his mother would make during the holiday season.

"Our nation is a very vegetarian eating nation, because it's predominantly Hindu," he explains. "So, my mother would often host a lot of people who wouldn't eat chicken or seafood."

For them, Binny would make "pakeeza paneer" – a dish she learnt when living in Goa in the mid-60s, made of Indian cheese, Feni (an Indian liqueur) and cashew nut paste, garnished with gold leaf "to give a proper Christmas feel".

"Goa was a Portuguese colony, and when she was there, my mother learnt a lot of recipes from Catholic families," Roop says. "This is a dish I particularly remember her making at Christmas for people who weren't meat-eaters.

"It was extravagant, but then that was Christmas. It was something special that I would look forward to over the holidays". 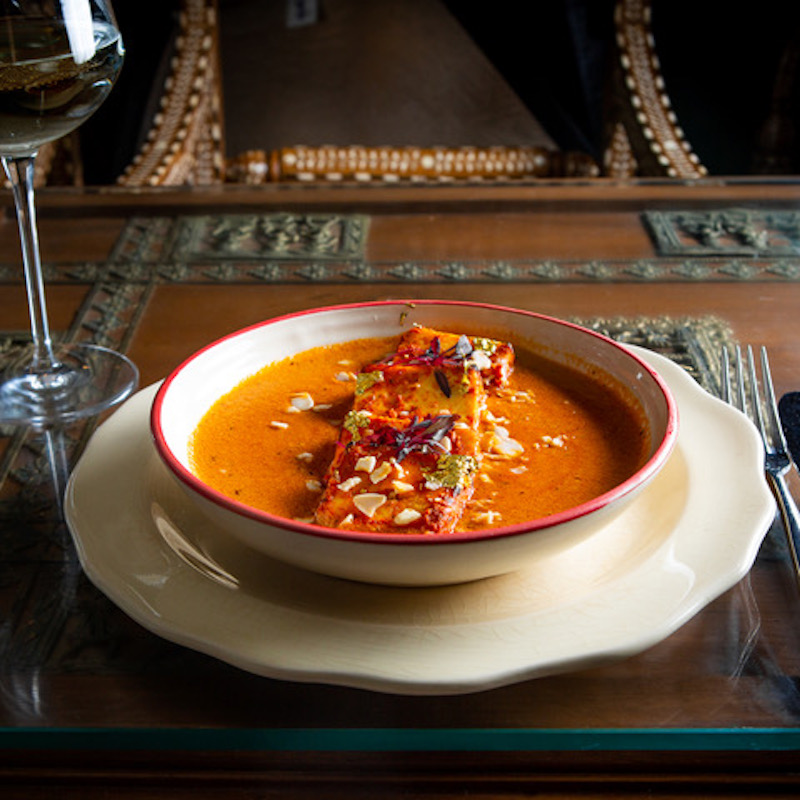 Gold leaf was also used when Binny grilled lobster over the holidays, if the family was staying in an area where they couldn't access meat for her Sunday lamb. One dish his mother regularly made was inspired by Malabar, a region on India's southwestern shoreline, and also featured cashew paste in its base.

"[Seafood] is something that the Catholic and Protestant families in in the areas of South India have been eating for a century," Roop explains.

"But these are things that are so unheard of in Western countries, because everything is so much to do with your typical gravy curry that people don't actually value a lot of these dishes that have huge significance to people from those regions".

This in itself is why Roop decided to set up his first London restaurant, Colonel Saab, in London's Holborn Town Hall.

Decorated with artefacts the family has picked up on their travels, the restaurant is an ode to the corners of India that many of us have never had the fortune to visit, and the foods enjoyed by locals there.

With a corker of a menu designed in collaboration with Dishoom's Karen Anand and, of course, his mum, Binny, Roop tells us: "Colonel Saab is not only a homage to my family, but it was also culmination of my entire childhood". 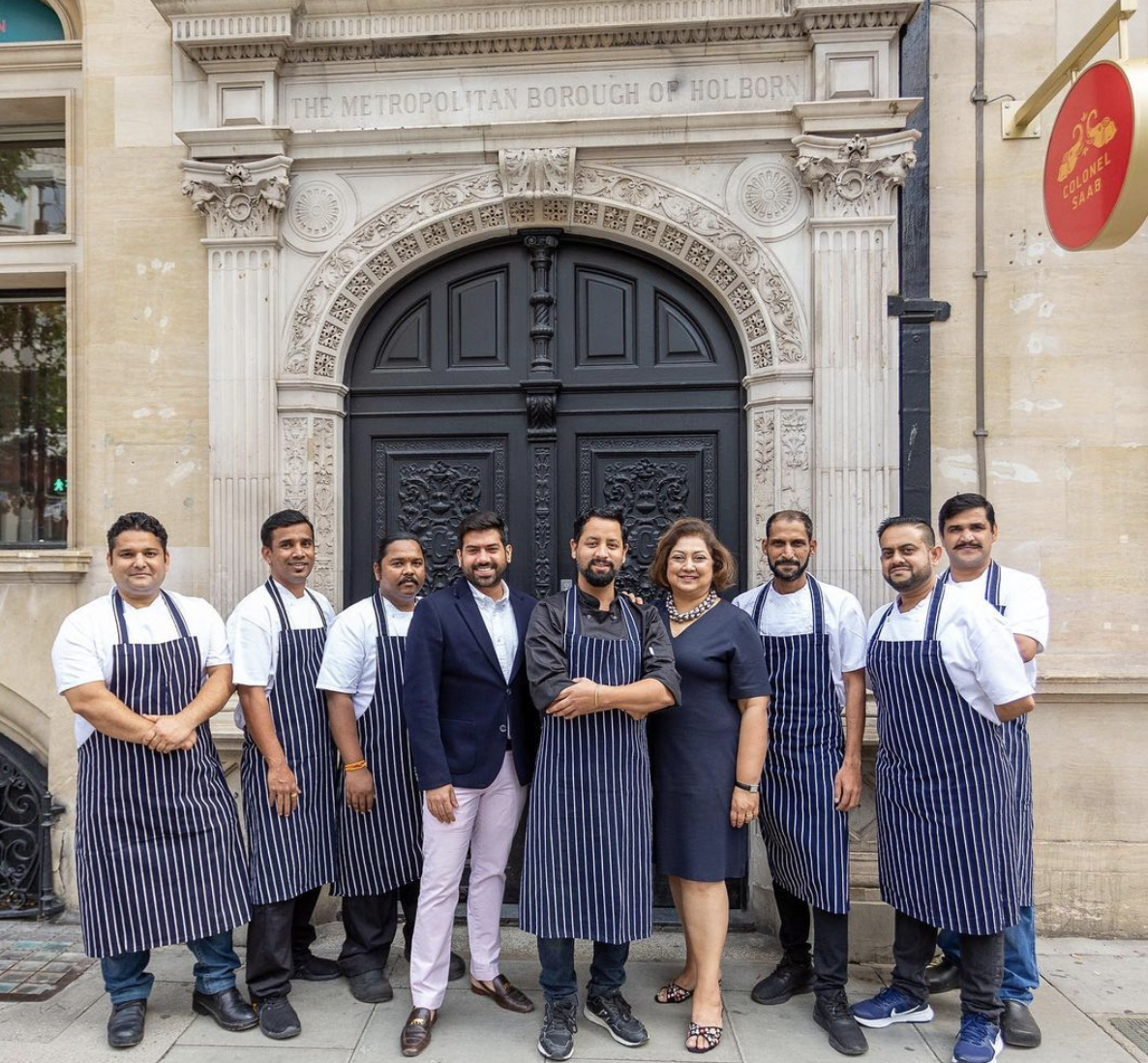 The Christmas menu exemplifies this. Up until the 24th December, you can order Malabar grilled lobster with moilee sauce, pakeeza paneer with gold leaf and a Sunday lamb curry with saffron pulao, in honour of the dishes Roop's mother fed him on Christmases gone by.

Forget your standard Chicken Korma, if you want a glimpse into India's regional delicacies, then Colonel Saab's festive offering seems like the perfect place to start.

And if you can't make it down there in time? Try knocking together the pakeeza paneer for yourself: