Is McDonald's doing Monopoly in 2021? The Golden Arches has confirmed its return

Fans are hoping McDonald's is doing Monopoly in 2021 after a year on the back burner.

Treating yourself to a delicious Big Mac is already exciting, even before you through a potential cash prize into the mix. Small wonder the popular annual promotion attracts thousands of excited players every year.

However, the last 12 months have been pretty barren for McDonald's Monopoly players. In fact, thanks to the pandemic, the 2020 edition was cancelled completely, much to the dismay of the public. 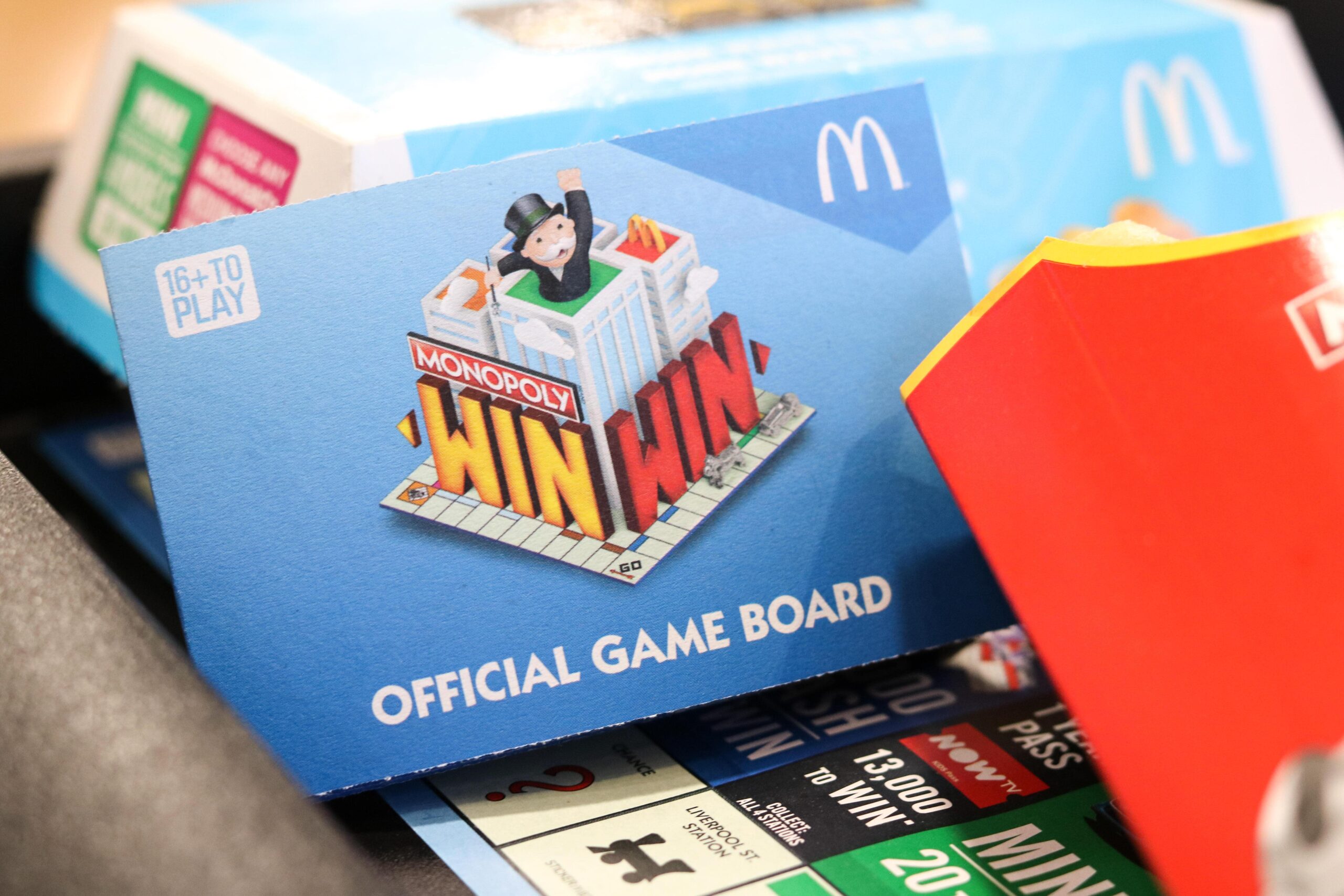 Plenty of fans are asking is McDonald's doing Monopoly in 2021 (Credit: Alamy/CoCo Jones)

Is McDonald's doing Monopoly in 2021?

After a year-long break, McDonald's has confirmed it is doing Monopoly in 2021.

In a statement, the company officially confirmed that the game will return this summer. However, McDonald's has still declined to give an exact date.

The cryptic statement on Twitter declared: "The news you've all been waiting for… Monopoly returns Summer 2021."

As of now, McDonald's has declined to be more specific on exactly when the game will reappear. Still, the news will provide a huge sigh of relief to everyone who looks forward to the promotion.

Judging by the excited response on the Internet, there are still plenty of people queuing up to take part. 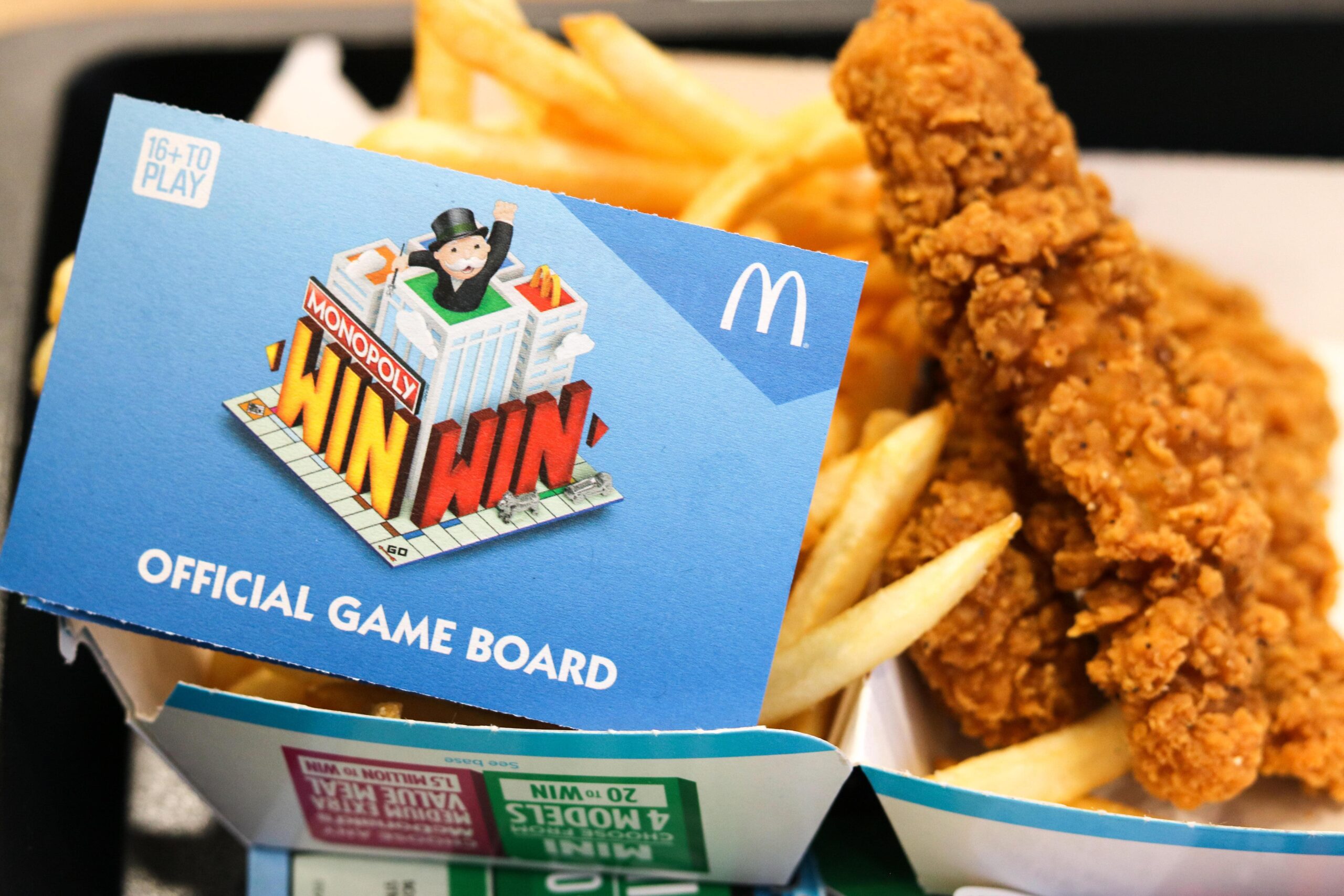 Was McDonald's Monopoly cancelled in 2020?

Although there was lots of speculation that the promotion would take place, McDonald's ultimately took the decision to cancel Monopoly in 2020.

Despite the restaurant's initial belief that all was well, the offer was ultimately cancelled at the last minute. In a statement at the time, McDonald's UK CEO Paul Pomroy admitted: "We took the decision to close our restaurants shortly before this year's Monopoly promotion was due to launch.

"We know many of you enjoy this promotion, which has run since 2005 in the UK.

"To enable safe working and social distancing inside our restaurants and to minimise the pressure on our employees, we have decided to cancel this year's Monopoly VIP campaign.

"It creates a great deal of excitement inside our restaurants and relies heavily upon menu items we cannot safely reintroduce yet."

Executives at McDonald's HQ will clearly be hoping that absence makes the heart grow fonder. If that's true, 2021 could be a bumper year for McDonald's Monopoly. 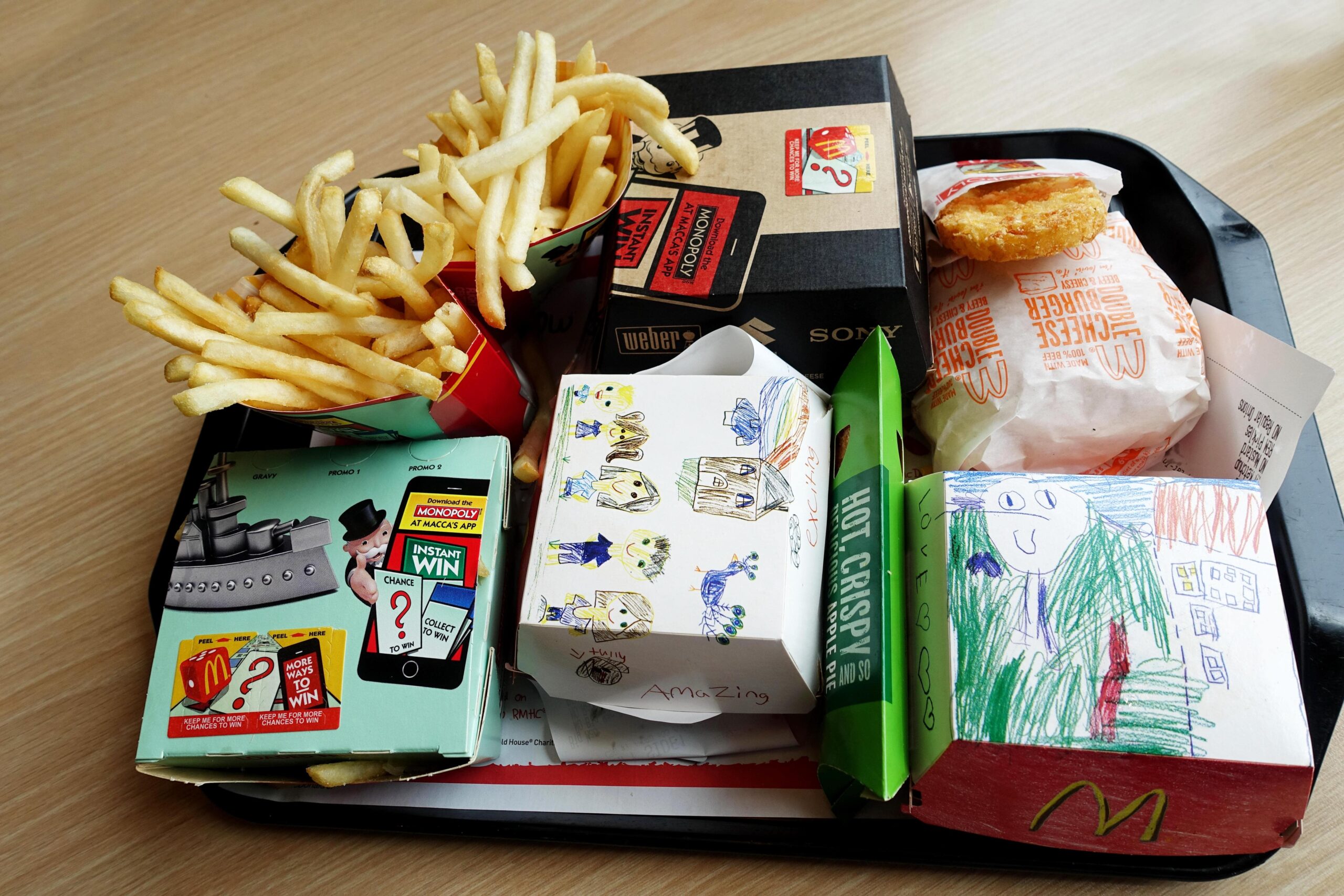 McDonald's Monopoly prizes can be picked up from a variety of different menu items (Credit: Alamy/Fir Mamat)

Did anyone win McDonald's Monopoly 2019?

Every time the McDonald's Monopoly promotion rolls around, players from all over the world wonder whether it's actually possible to win.

After all, it's one thing to promise hundreds of exciting prizes, but the competition is slightly undermined if no one ever actually claims them.

However, despite the concerns of the doom-mongers, there are plenty of people who have won big on the promotion. 2019 was no exception.

In fact, according to a Sun article written at the time, players claimed over 5 million prizes by April 2019. This included everything from games consoles to cash.

Even if you're a little suspicious of the McDonald's Monopoly format, there's no doubt that it is possible to win big. 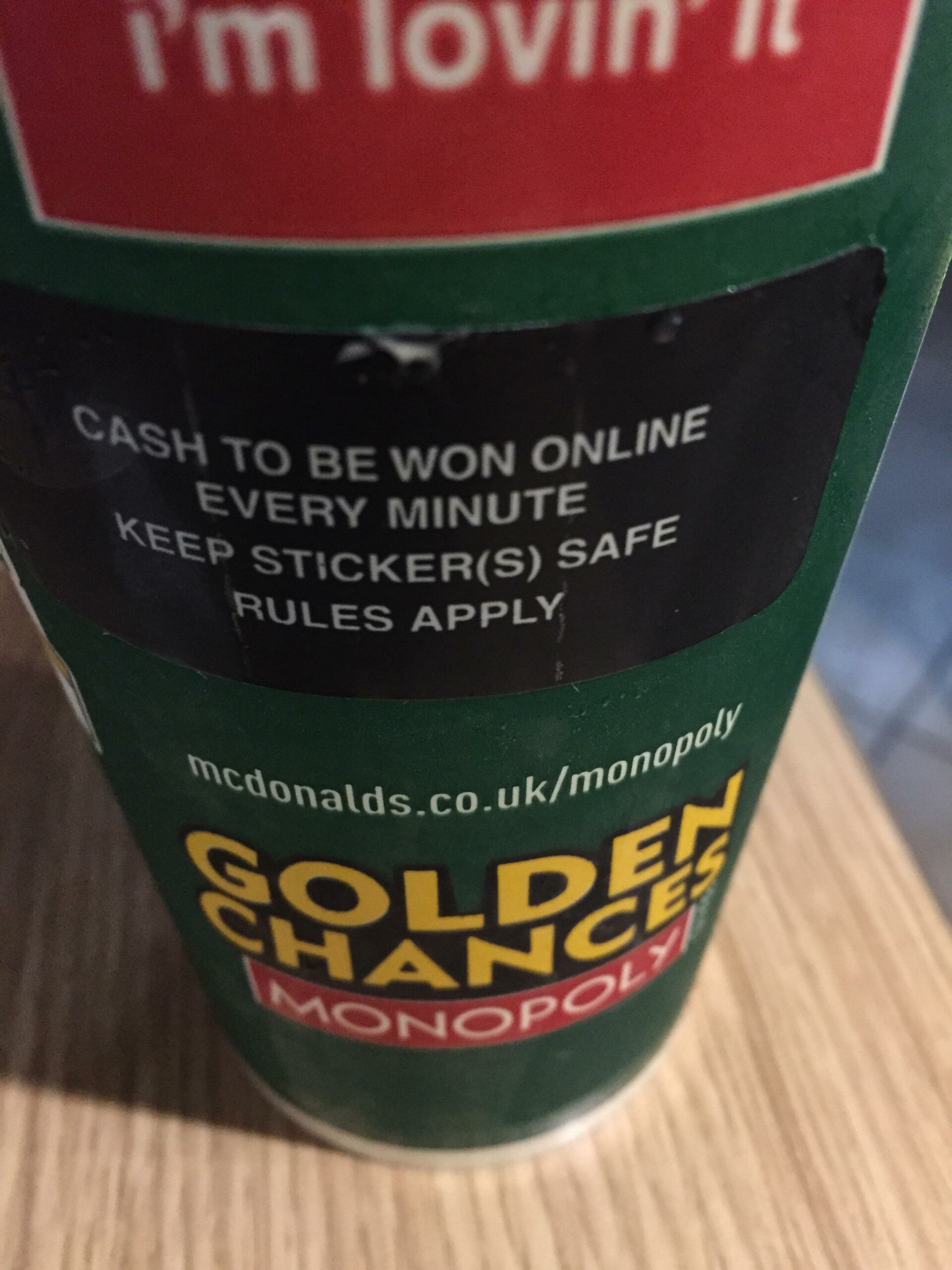 Instant prizes are one of the ways to win McDonald's Monopoly (Credit: Alamy/Jonathan Abbas M)

What do you need to win McDonald's Monopoly?

There are a few ways that players can claim a prize during the McDonald's Monopoly promotion.

The easiest way is through the game's Instant Win offers. In essence, these allow you to redeem vouchers for free food at a participating McDonald's restaurant.

In most cases, the prizes include a range of popular items, such as cheeseburgers, McFlurries and apple pies. However, in rare cases, some big-ticket items can also be available, such as Mini Coopers.

READ MORE: Has anyone ever won McDonald's Monopoly?

A second way to win is through the online element. Select menu items also include a code, which players can use to enter the online cash draw. Considering two prizes of £5 to £100 are given away every minute, your chances are pretty good.

The final option for players is to collect property sets from McDonald's menu items. The prizes available can increase in value, depending on the rarity of the property.

For instance, a complete set of dark blue properties (Mayfair and Park Lane) could have won £100,000 back in 2019. It might be unlikely, but there's still a chance. 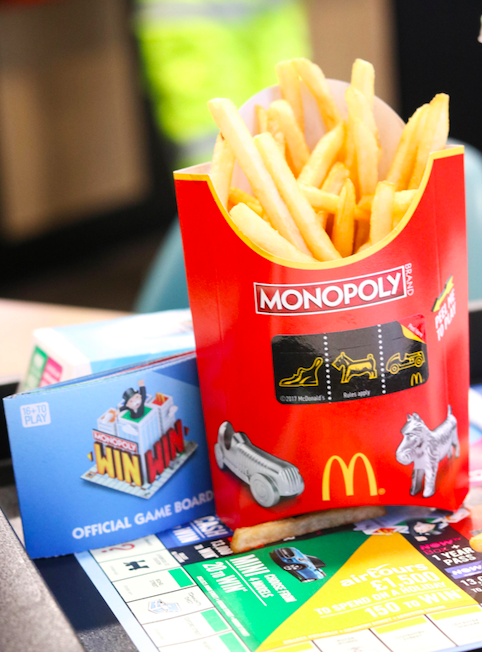 How hard is it to win McDonald's Monopoly?

While winning the big prizes is obviously tricky, there are plenty of smaller prizes available during McDonald's Monopoly. This means that, technically speaking, winning at the promotion is actually relatively easy.

For instance, in 2019, there were over 50,000,000 prizes up for grabs across the country. Although only a fraction of these prizes were actually claimed, there are still plenty of opportunities to win.

However, you do need a good slice of luck to win the headline prizes. For instance, in 2019 there were only four £100,000 cash prizes available during the course of the promotion.

Clearly, the odds are against winning anything more than a McFlurry. However, since there is still a possibility, it's easy to see why so many people get so excited about McDonald's Monopoly.