The McDonald's secret menu has always been more myth than reality. In fact, the fast food giant has gone out of its way to deny its existence, despite all the evidence to the contrary.

Now, one dedicated Golden Arches super fan has found a way to fuel the debate even further. Thanks to their tireless menu-hacking we now know how to order an apple pie McFlurry.

Predictably, the internet has lost its collective mind over the dessert. One look at the photos and its easy to see why. 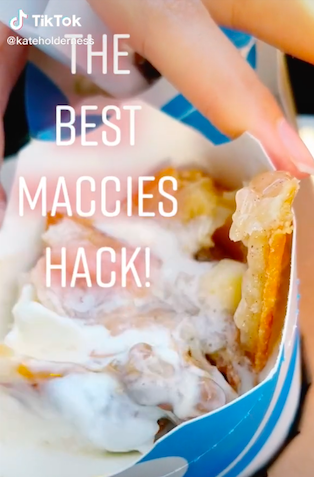 How to order an apple pie McFlurry

The key to getting an apple pie McFlurry was shared by TikTok user Kate Holderness.

In a video on her channel, Holderness revealed that by combining a standard McFlurry base, hot apple pie and caramel sauce, it's possible to recreate the limited edition dessert that came to a halt in 2018.

READ MORE: Is there a McDonald's secret menu? The Golden Arches reveal all

Many fans will remember that genuine apple pie McFlurries were only available for a short window through Uber Eats three years ago. Thanks to Holderness' hack, however, it's now possible to enjoy the dish all over again.

In the clip, which has over half a million views, Holderness requests that the McDonald's server places the apple pie directly into the McFlurry. Unfortunately, they refuse to do so.

However, with a quick bit of DIY, it's easily possible to put all the ingredients together yourself and enjoy. The results, as seen in the video, are worth any amount of self-assembly. 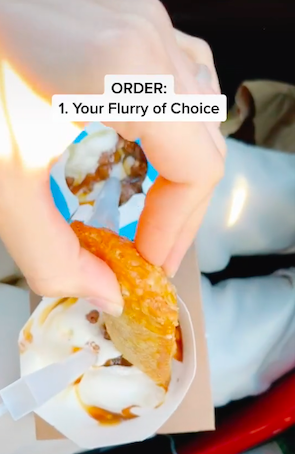 Reaction to the apple pie McFlurry

Understandably, fans are seriously excited about the prospect of getting hold of an apple pie McFlurry. At the time of writing, the clip has generated over 30,000 likes from enthusiastic viewers.

One enthusiastic viewer wrote that they have "never wanted to try something so much". Another added, "Why has no one thought of this before??!"

However, the reaction wasn't totally positive. A current McDonald's employee also weighed in, commenting: "Don't encourage them - I cba if someone asks for that".

It just goes to show that, just because something seems like a simple stroke of genius, doesn't mean it won't rub some people up the wrong way.