Who is Great British Menu judge Tom Brown and how did he get to the banquet?

Not only has the celebrated chef made a name for himself on Great British Menu, but his food has also won acclaim across the country. Now, he's returning to BBC Two to offer his expertise to four hopeful Scottish chefs.

If his career to date is anything to go by, he certainly won't be accepting anything less than top-drawer cooking. 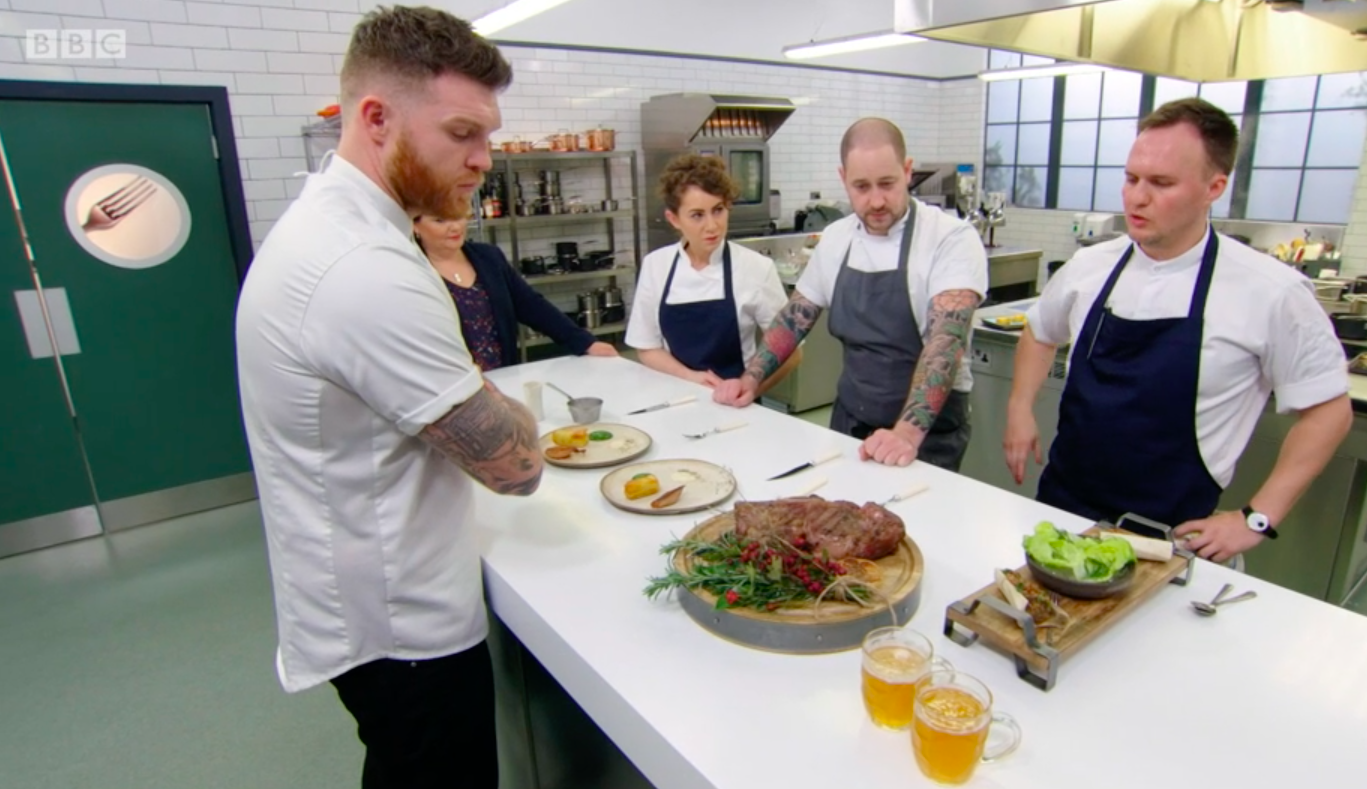 Tom Brown was also a judge on the previous series (Credit: BBC)

Cornwall-born Tom Brown got his start in professional cooking almost by accident. As he himself put it in an interview with Great British Chefs:

"I was working up the road at my local pub in Cornwall as a kitchen porter, and had fallen out of love with being in a classroom at college. I started helping out making pizzas and doing a bit of prep, and got hooked."

From there, Brown decided to try everything possible to win a position in a top-quality kitchen. Eventually, he wrote to 2008 Great British Menu winner Bryn Williams, begging him to take him on board. Williams accepted, giving Brown his first job in a high-end restaurant.

Since then, he has worked alongside the likes of Paul Ripley and Nathan Outlaw. He left Outlaw's two-Michelin star kitchen in 2017, opening his own restaurant in Hackney Wick, East London.

The restaurant has won acclaim across the board, as well as a slew of high profile awards. 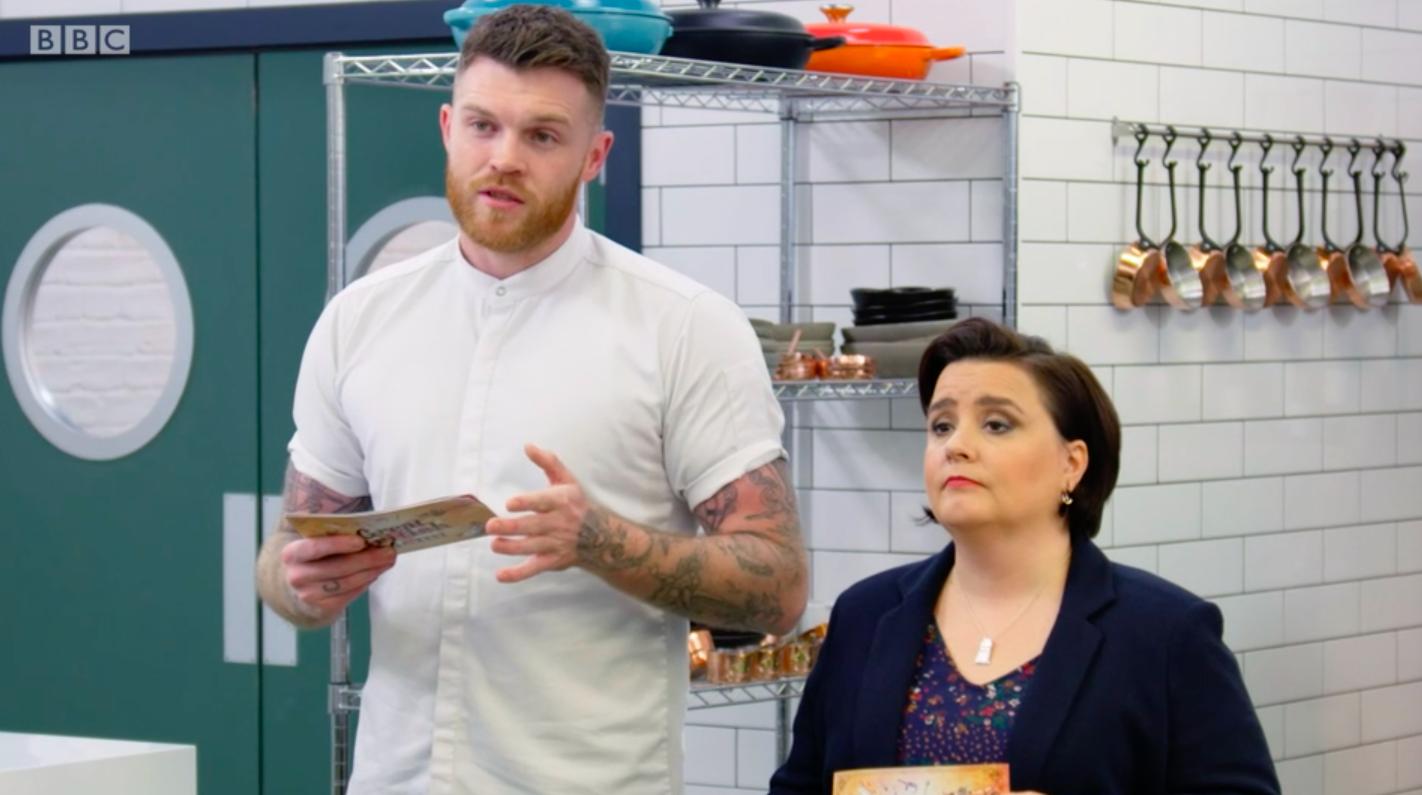 Tom Brown got to the banquet in series 13 (Credit: BBC)

What dish did Tom Brown get to the banquet?

Tom Brown made his first appearance on Great British Menu while working at Nathan Outlaw's much-celebrated The Capital.

He performed consistently throughout series 12, narrowly missing out on a banquet place for his dessert. However, undaunted by this disappointment, Brown returned to the show the following year, getting to the banquet with a sensational main course.

READ MORE: Who are the Saturday Kitchen chefs? From past to present

The dish that won the day was the NHS-inspired 'Poor-Man's Goose' – a whole roast honey and sesame-glazed duck. All four Great British Menu judges gave the dish a full 10 out of 10, with Oliver Peyton commending it as having "real presence and real beauty too".

Perhaps surprisingly, given his experience with Outlaw, Brown has never managed to get a fish dish to the final banquet. However, as his successes with dessert and meat show, there are plenty more strings to his bow than seafood. 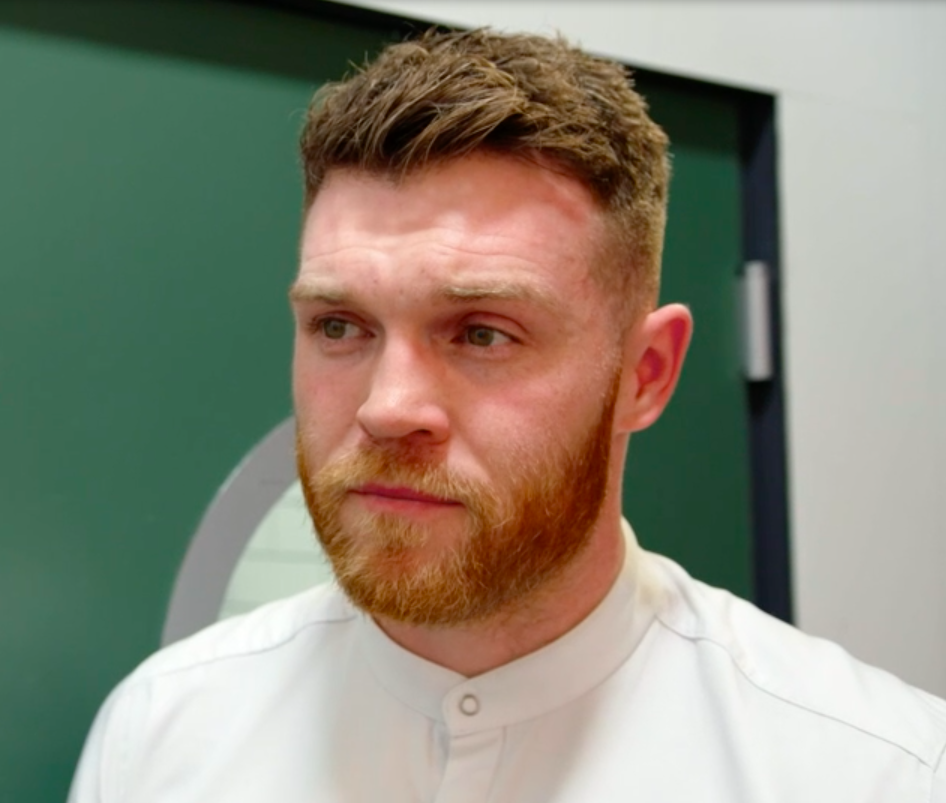 Tom Brown recently married his partner after something of a whirlwind romance.

In an Instagram post in December, Brown's then-girlfriend Julieanne Soto confirmed that the couple would be getting hitched later that month after just five months together.

As Soto put it on social media: "I met (a) guy in July, decided to find a house together in August then proposed to him in bed eating pizza in September and we are finally getting hitched in 3 days time".

Soto also called the engagement "the biggest plot twist of 2020 (if not the biggest since M Night Shyamalans’ Blockbuster sensation The Sixth Sense)." 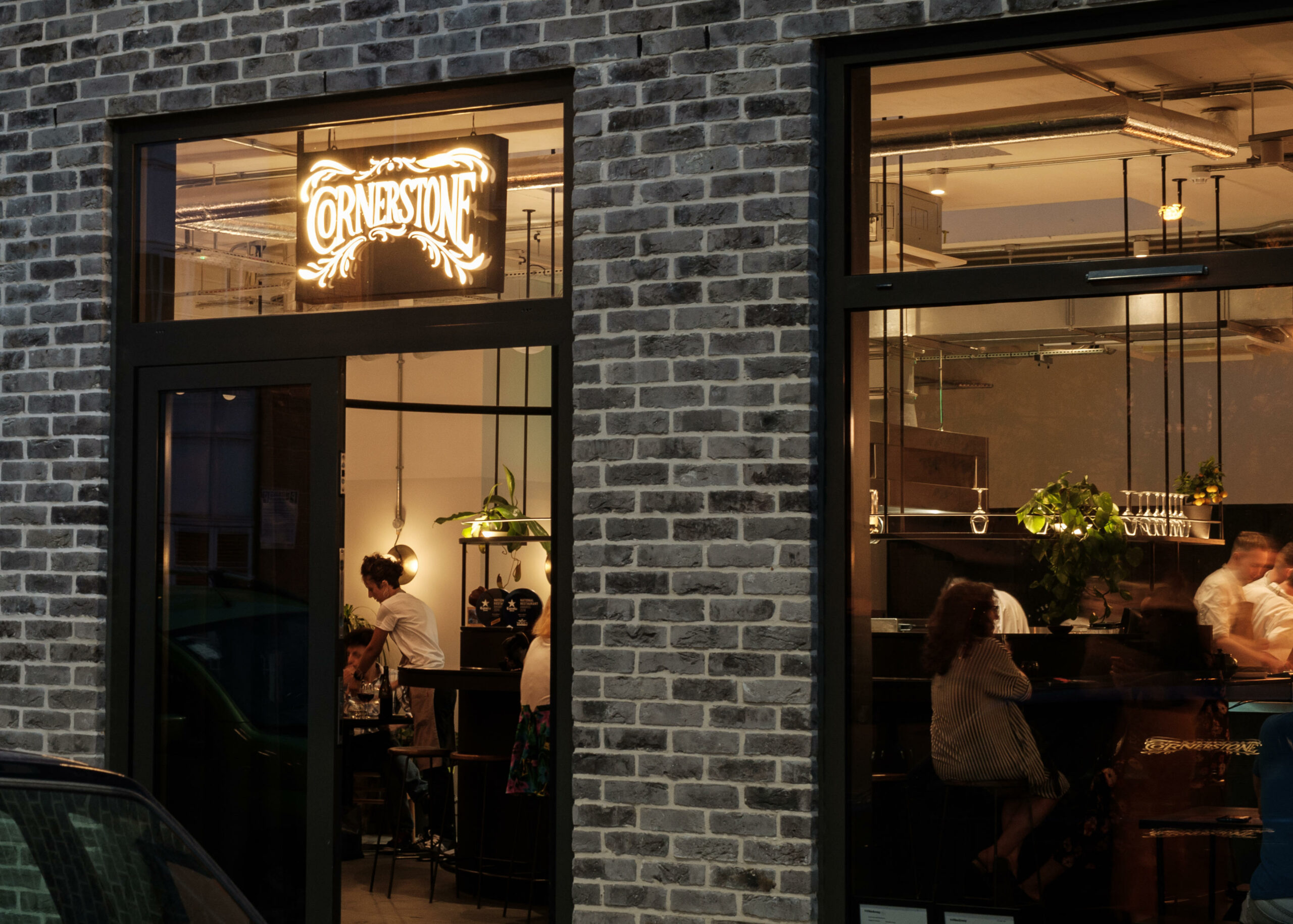 Does Tom Brown have a Michelin star?

After a successful stint at Nathan Outlaw's London restaurant, Brown decided to strike out on his own in 2017.

In April the following year, he opened Cornerstone in Hackney Wick. Reaction to the restaurant was almost universally rapturous, with critics praising Brown's approach to no-frills delicious cooking.

Dishes like the restaurant's signature potted shrimp crumpet soon became the talk of the town. Many were expecting accolades to quickly follow.

Although Cornerstone missed out on some of the top prizes initially, the restaurant recently won its first Michelin star. According to the guide's inspectors:

"Tom Brown is an alumnus of Nathan Outlaw and it shows in his skilful cooking of fish and shellfish. His concise menu is dictated by both the seasons and the latest catch, and his assured, understated dishes are packed with bold, clearly defined flavours, as well as plenty of originality."

Given this level of praise, it looks like this year's Great British Menu contestants are going have to do something special to impress.