If you’re as obsessed with potatoes as we are, be sure to order your copy of Twisted: A Cookbook. In it, you will find an entire section dedicated to the delights of the spud, giving you plenty of inspiration for your next potato dish!

Few things are as fiercely protected as a family’s roast potato recipe. Even those who regularly rip on the many alarming dishes they were forced to endure as a child will die before they admit that their family roasts were anything other than the best of the best. Perhaps this is why discussing potatoes can quickly become as contentious as a strawberry covered pizza.

Maybe it’s because we all adore spuds so much that the internet is never short of a potato suggestion. These recipes can range from the intriguing to the terrifying, but are always provocative. Deciding which ones are worth trying, therefore, is a tricky business. 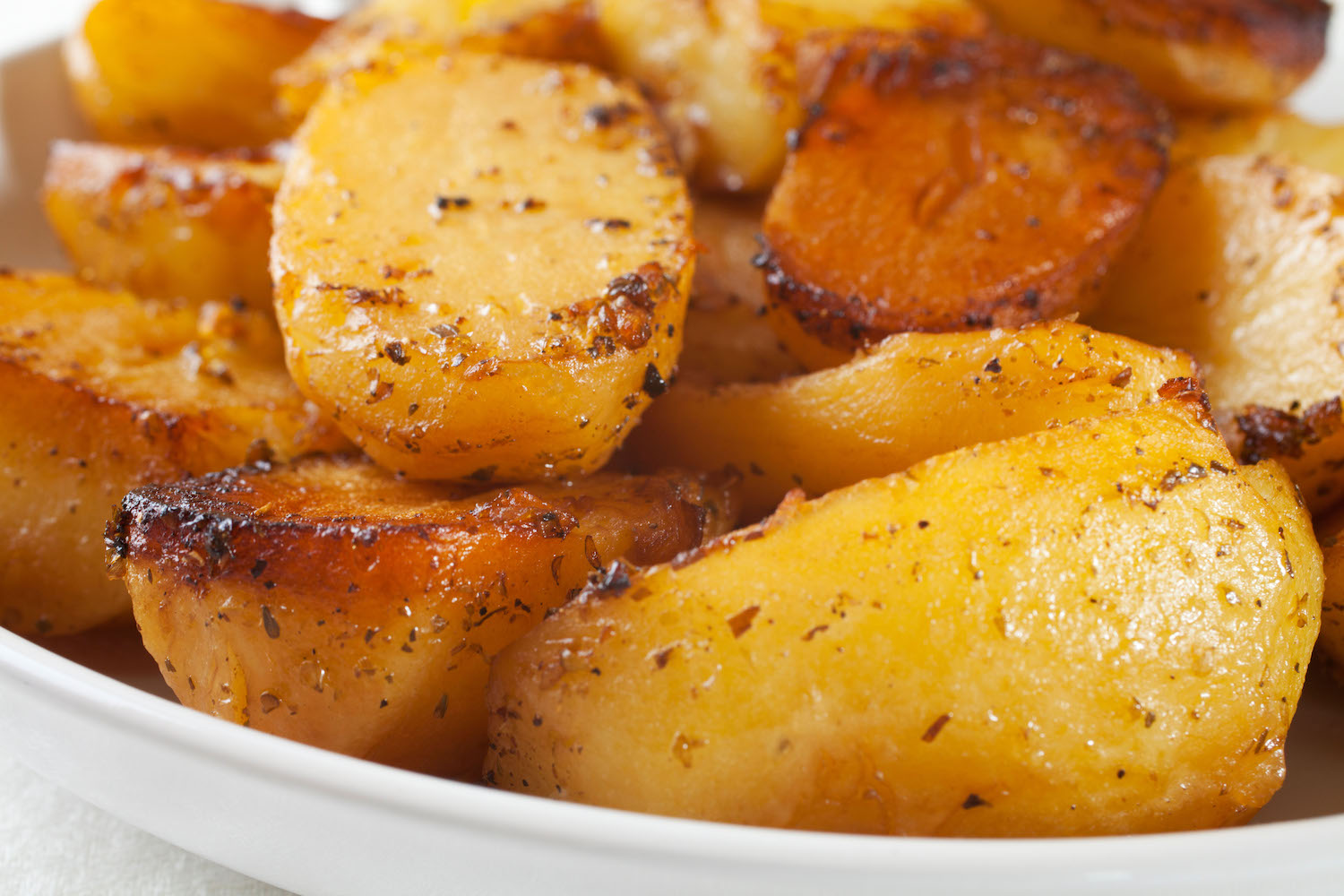 In order to celebrate national potato day, shed some light on the debate and plug the imminent release of “Twisted: A Cookbook” in one fell swoop, we have decided to conduct a new Twisted Test. In a bid to establish once and for all whose, if anybody’s, recipe should replace your Sunday staple, we’ve taken three of the most popular viral roast potato recipes from the last year and pitted them against what is obviously the current best in class - my mum’s.

In addition to the most delicious roasties known to man, we trialled three other techniques. The first, which achieved viral fame back in May, features a liberal coating of Marmite for added umami oomph. The second, which wowed the internet in July, replaces the Marmite with honey and mustard for a sticky, sweet and slightly spicy glaze.

The third, which perhaps provided the stiffest competition, came from the mind of Hollywood A-lister and culinary whiz Emily Blunt. This recipe for “English roast potatoes” proved so popular when it debuted at the start of Summer that it broke Ina Garten’s website. Naturally, this was the one that made mum the most jealous.

To set up our potato knock out, we cooked four separate batches of spuds, followed by a blind tasting. In ordinary times, we would have subjected the rest of the Twisted team to several platefuls of my questionable internet-inspired cookery. In this new, socially distanced working reality, my family would have to do. Lucky them.

First up, the Marmite. Like the condiment itself, this is definitely a love it or hate it sort of dish. There’s no doubt that coating your spuds in a Marmite and olive oil mix certainly gives them a deeply savoury edge, but it also imparts an unmistakably “Marmite-y” flavour. Anyone who thinks that Marmite looks and tastes like Satan’s sputum will probably turn their nose up. Plus, we struggled to get genuine crispiness - although this may have had more to do with the dish’s position in our potato-packed oven than the actual recipe itself. Overall, good, but only in specific circumstances.

Second were the slightly strange honey and mustard. Unlike the other dishes, this internet hit didn’t call for any parboiling at all. Instead, spuds we added to a pan of hot oil and butter, before being coated in the honey mustard and pepper mix. The result was a pan of unnervingly chewy, extremely greasy potatoes, that might have a gentle honey mustard twang, but come completely unstuck by a slick coating of coagulating fats. We’ll try anything once, but in this case, once is more than enough. 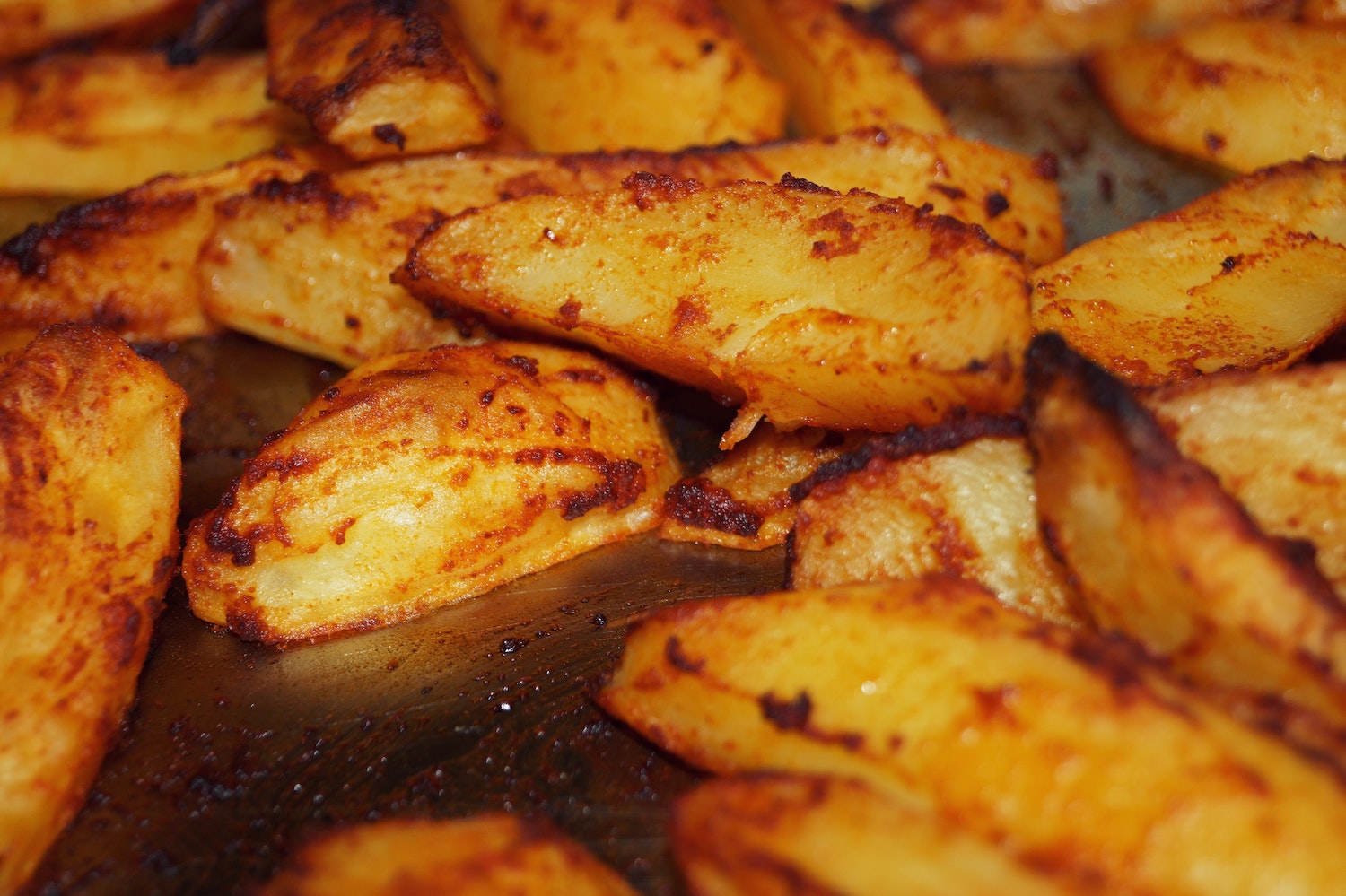 Our third sample was where the competition really kicked off. Emily’s potatoes are probably the most similar to my mum’s, which naturally meant she hated everything about them. The parboiling/hot oil combo certainly helped give them a crispy edge and the final sprinkle of parsley and sea salt was a nice touch. However, the lack of seasoning prior to the oven made them taste slightly washed-out, and there was something unappealingly polished about the end result. Though they certainly looked impressive, they also felt a little empty. Mum was thrilled.

Finally, we came to the potatoes were always going to win. Were we perhaps a little biased? Definitely. Was this an entirely fair assessment of other potato recipes’ deliciousness? Definitely not. Still, sometimes you don’t need a totally level playing field to tell you what’s best. Lightly dusted in seasoned flour, roasted in piping hot goose fat, covered in delicious crispy crags, these are everything that a potato should be. And much better than Emily’s.

There are a few key takeaways from our potato experiment. For starters, it’s definitely worth testing the internet’s latest trend before serving it as a Sunday centrepiece. You don’t want to ruin a roast chicken with sticky potatoes that should be starring opposite John Travolta in a certain 70s musical.

Secondly, even if a recipe promises something tasty, that’s never the be-all and end-all of a roast potato. No matter how picture-perfect a hot platter might seem, you can’t beat the comforting pull of a familiar family favourite. Emily Blunt might think that her potatoes are a million times better than my mum’s, and that’s ok. They’re not, of course, but that’s beside the point. 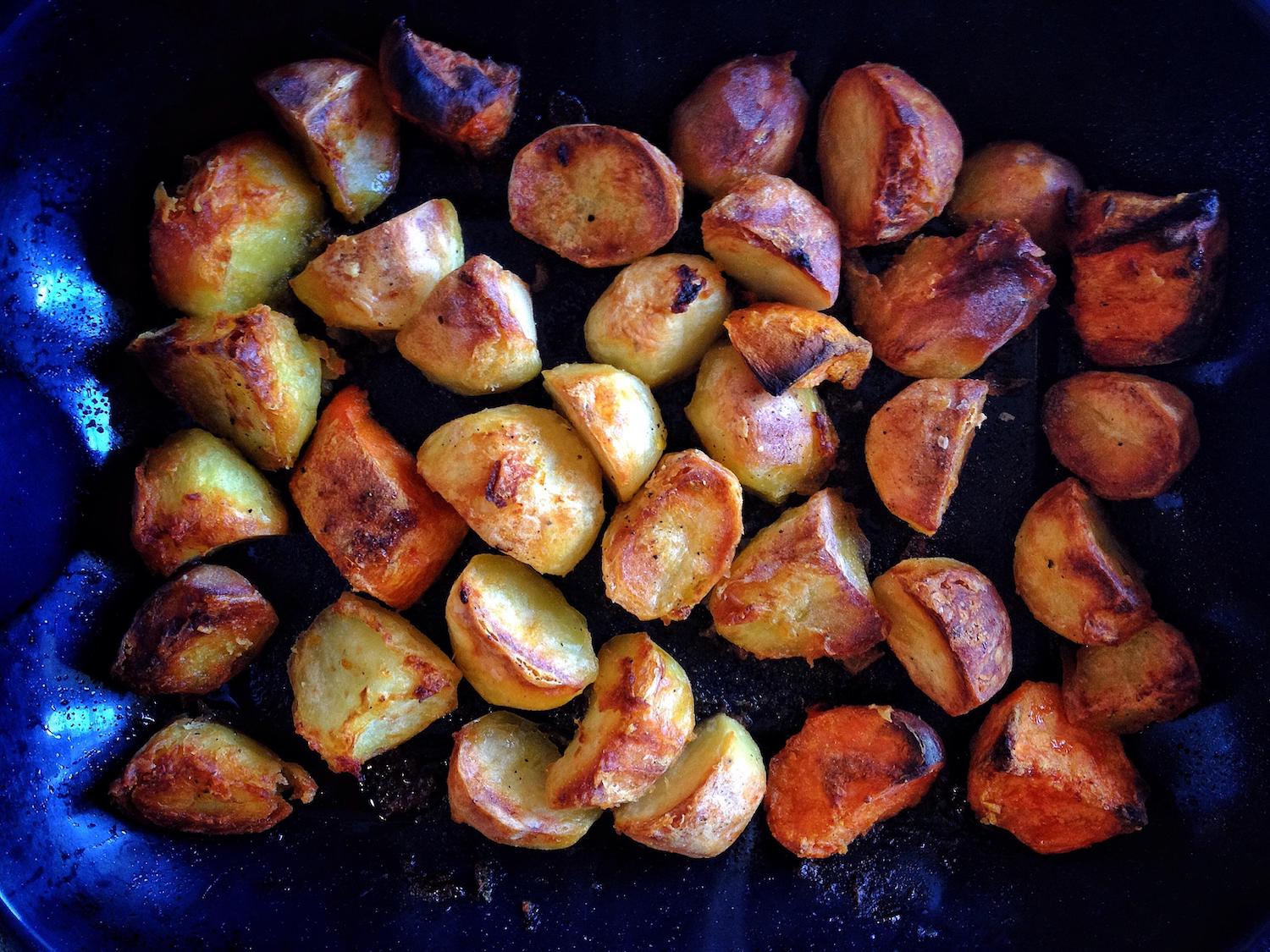 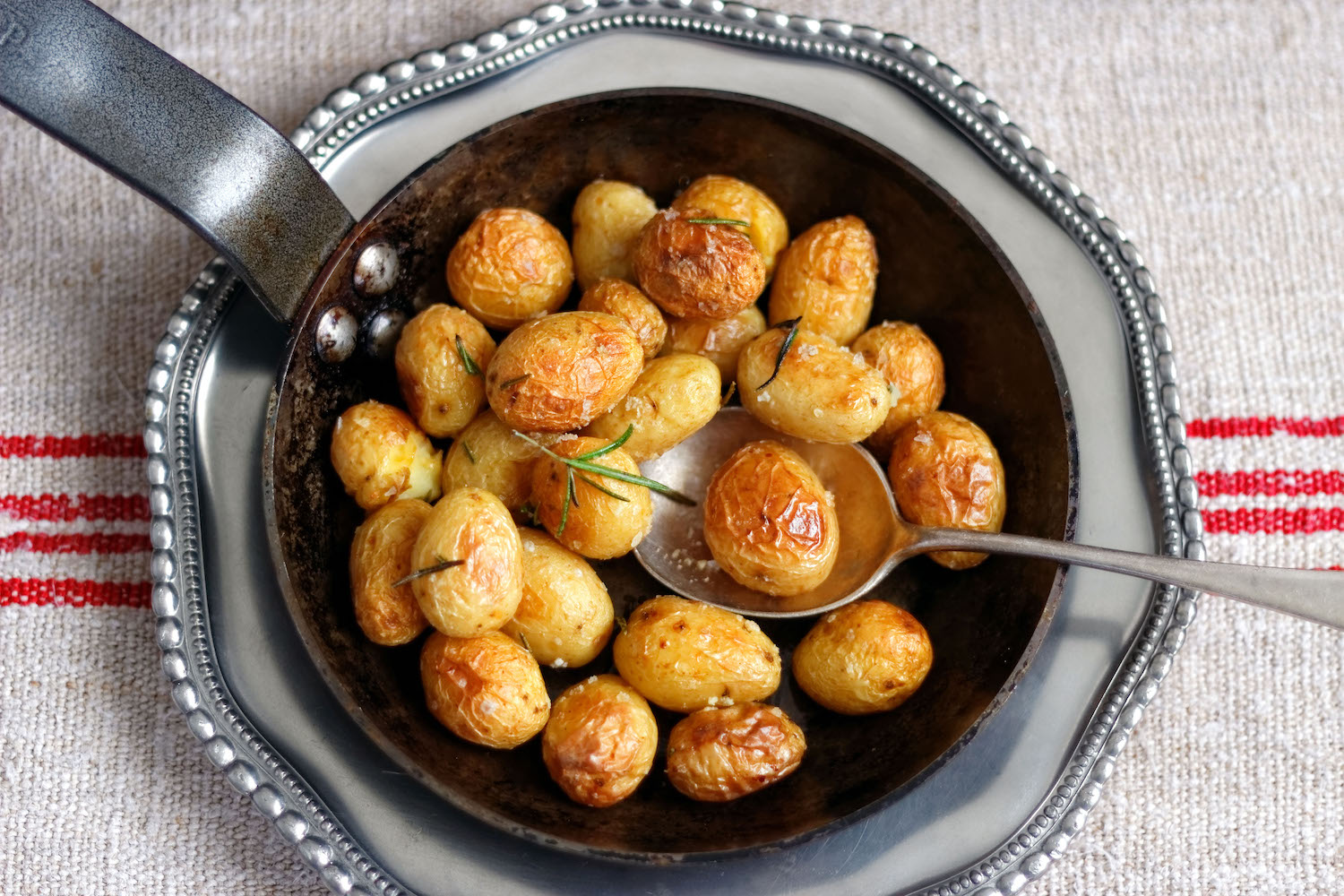