Burger King is releasing a brand new vegan sandwich, much to the excitement of plant-based fast food fans everywhere.

Set to take this summer by storm, the Vegan Royale delivers everything you could want from a veggie burger, and more.

However, amongst all the excitement, fans still have plenty of questions about the new release. Fortunately, the fast food heavyweight has provided Twisted with some answers. 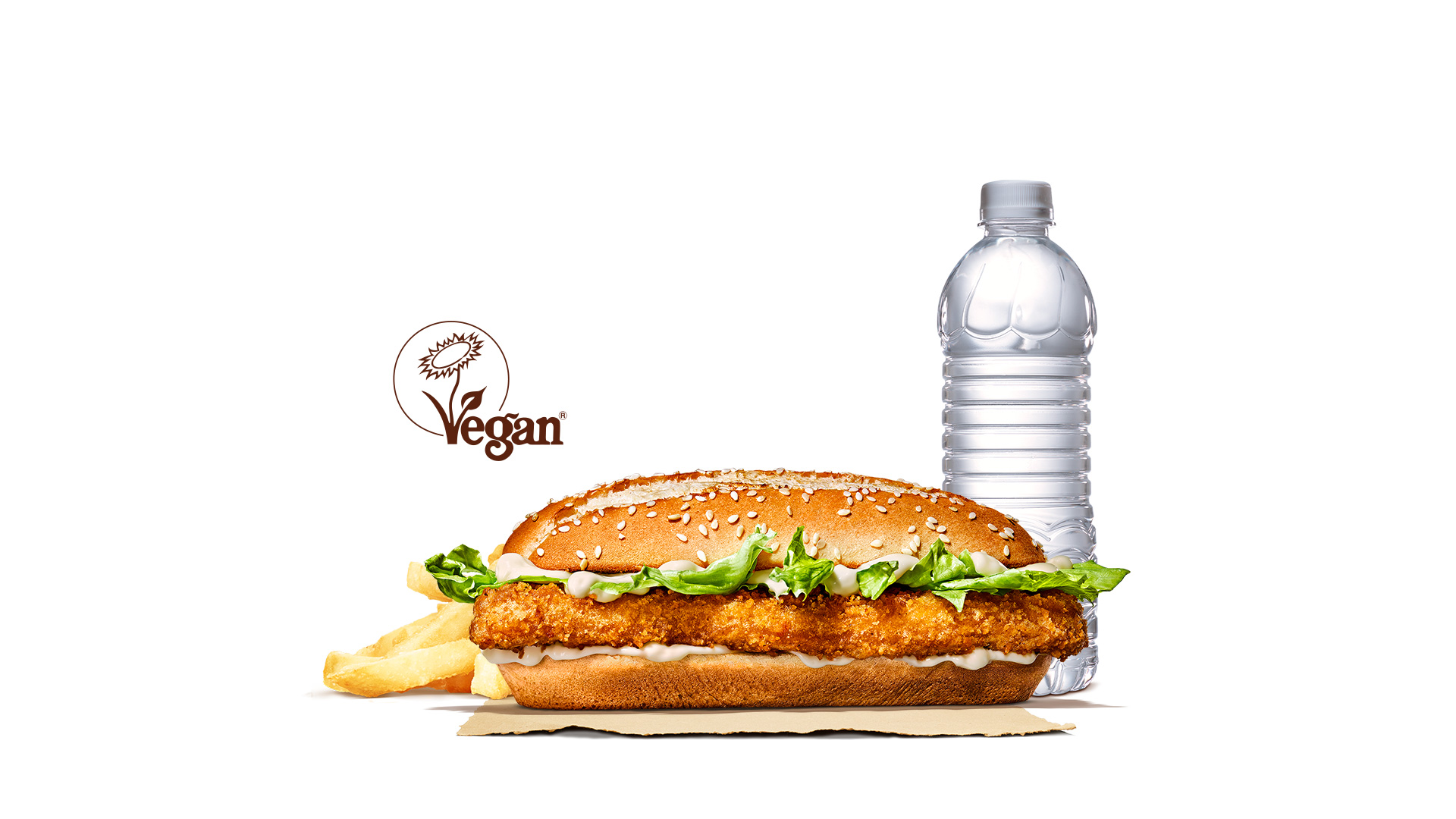 To the relief of every eager customer concerned about Burger King's credentials, we can now answer some of the most pressing queries about the new release.

Since Burger King has had some issues with plant-based menu items previously, these questions are understandable.

However, if our information is anything to go by, this time around they really are pulling out all the stops to offer a stellar vegan burger.

Here's everything you need to know about the new Burger King Vegan Royale and Whopper. 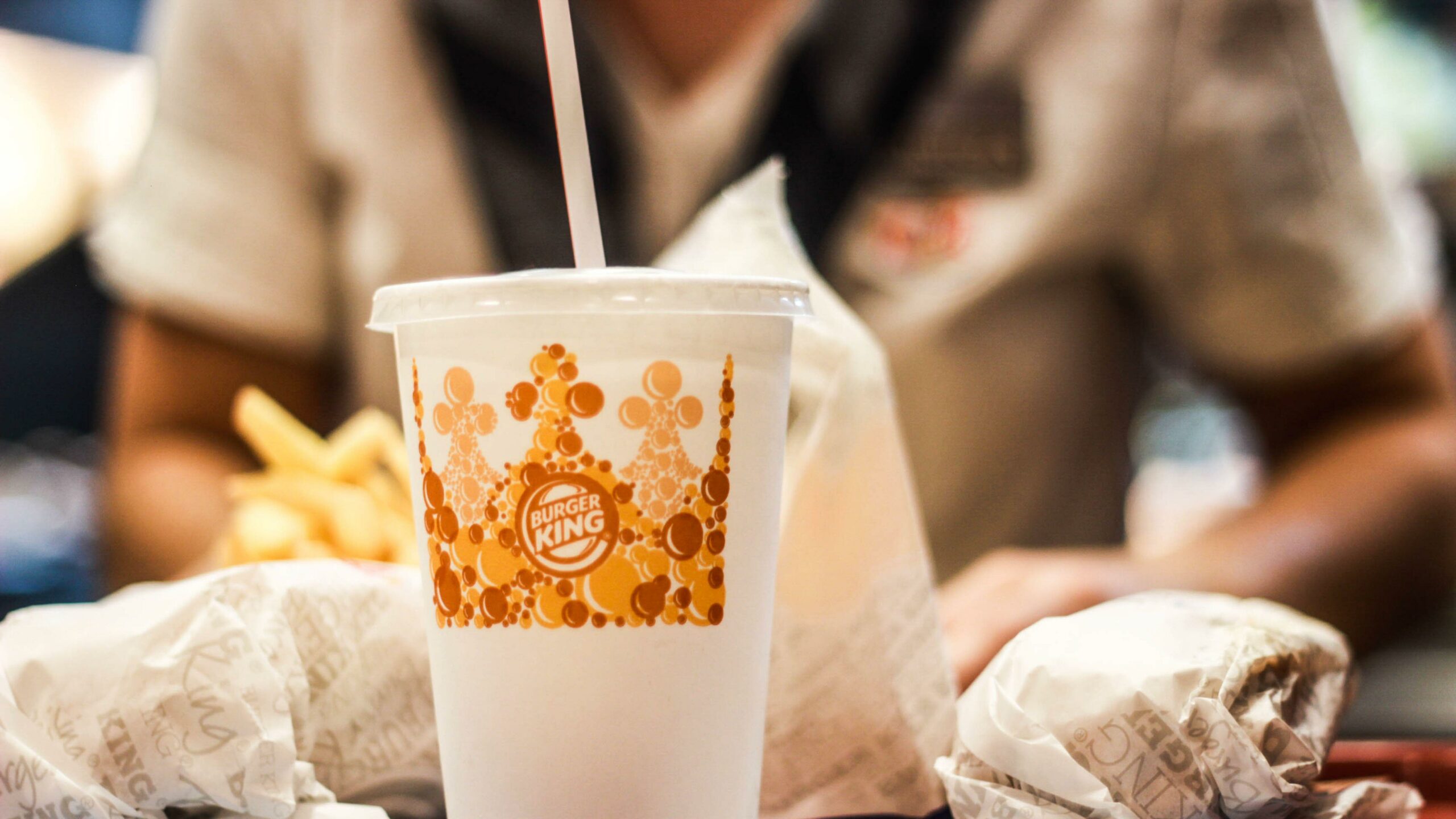 Not all drinks are included as part of the new Vegan Royale meal (Credit: Alamy/Newscast Online Limited)

1. Why doesn't the meal come with soda?

After the slight snafu with the brand's accidentally non-vegan Rebel Whopper, Burger King is taking no chances this time around.

The brand has now teamed up with The Vegan Society, meaning that all aspects of the Vegan Royale meal come stamped with their seal of approval. Since they can't guarantee that soft drinks such as Pepsi are completely vegan, they don't form part of the meal offer.

However, in a statement, Burger King has confirmed that some drinks are available. As they explain, "Vegan Society approved drink options include bottled water and Capri Sun".

This means that vegan customers will be able to get something suitable to drink. 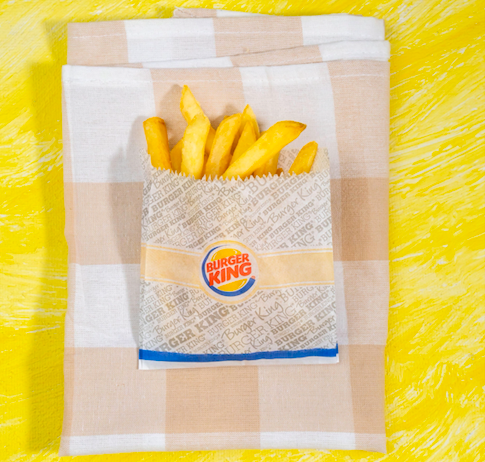 The Vegan Society has given Burger King's fries its seal of approval (Credit: Alamy/Алексей Филатов)

One of the problems fast food companies have historically faced is that they often use the same oil to cook meat and potatoes. This means that French fries, which could easily be vegan, are inadvertently cross-contaminated.

Fortunately, that isn't the case this time around. As Burger King has confirmed to Twisted:

"The Burger King brand’s fries are also certified by the Vegan Society, which means that the restaurant chain will be able to offer the Vegan Royale, or the Vegan Bean Burger, as part of a great-value meal."

This is clearly great news for anyone keen for a suitable side dish. 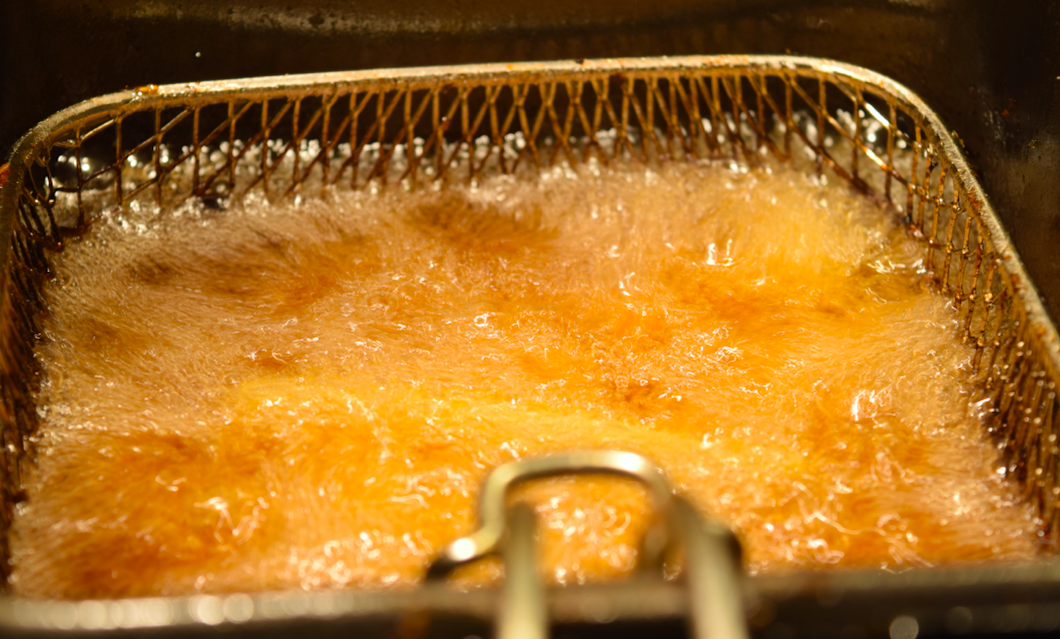 3. Is the patty cooked in the same oil as the chicken?

The main problem for Burger King's popular but flawed Rebel Whopper was that it was cooked alongside meat products. This meant that it could only be categorised as "vegan-friendly" rather than actually vegan – something that activists were quick to critique.

As far as the Vegan Royale is concerned, however, the same mistakes haven't been made again. As Burger King tells Twisted:

For anxious, strictly plant-based fans, this confirmation will come as a major relief. 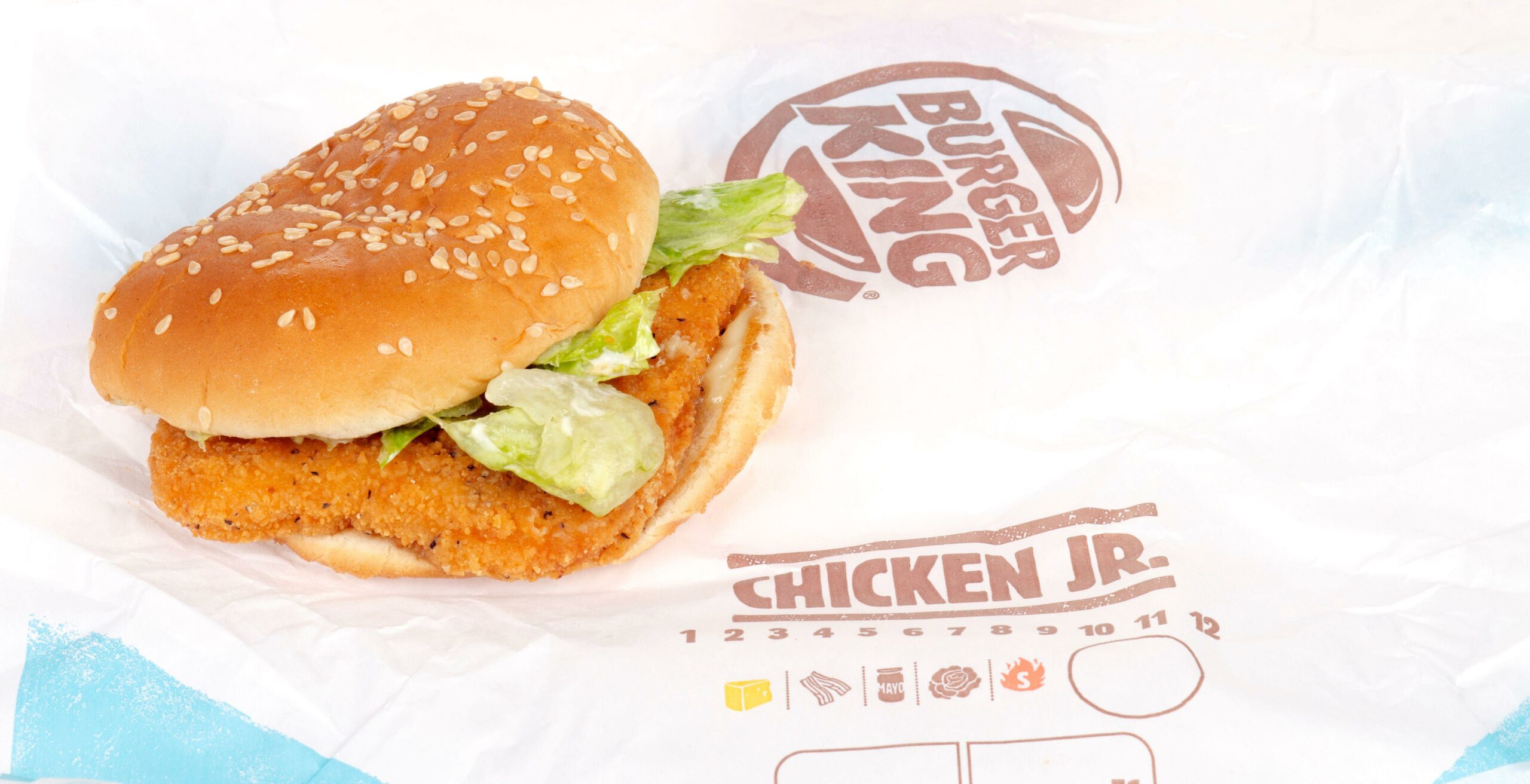 Unlike Burger King's previous forays into the world of meat-free fast food, the Vegan Royale is a completely new creation. According to the company, the patty itself consists of "crispy coated, plant-based chicken, ingeniously derived by The Vegetarian Butcher."

As Soco Nunez, Marketing Director of Burger King UK, put it in a statement, "we would go as far as to say it’s an identical taste experience to the original Chicken Royale".

If true, that makes the new release even more exciting. 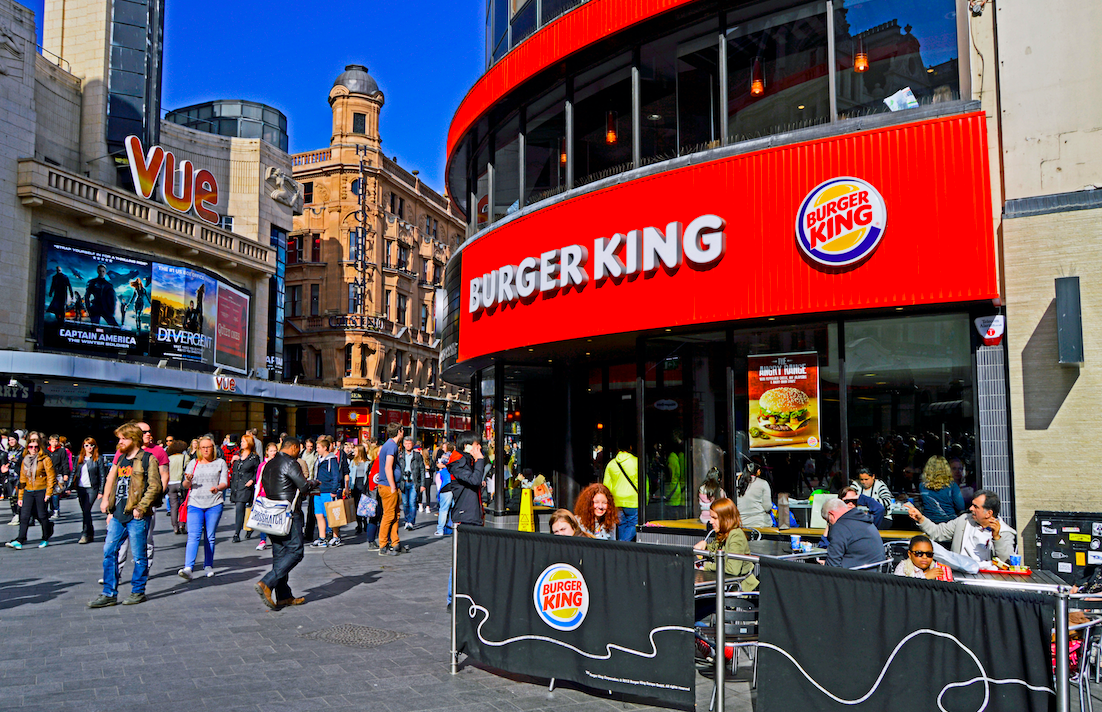 The new release is available across the UK (Credit: Alamy/P.D Amedzro)

5. Is it just in London, or will it be UK/rest of the world?

Although the new Vegan Royale release will not be taking place beyond the UK, the sandwich is available across the country.

Confirming that the new burger is not a London exclusive, the brand wrote, "Following months of speculation and buzz, the Burger King Vegan Royale launches nationwide."

This means that, wherever you are, you'll be able to get a taste. 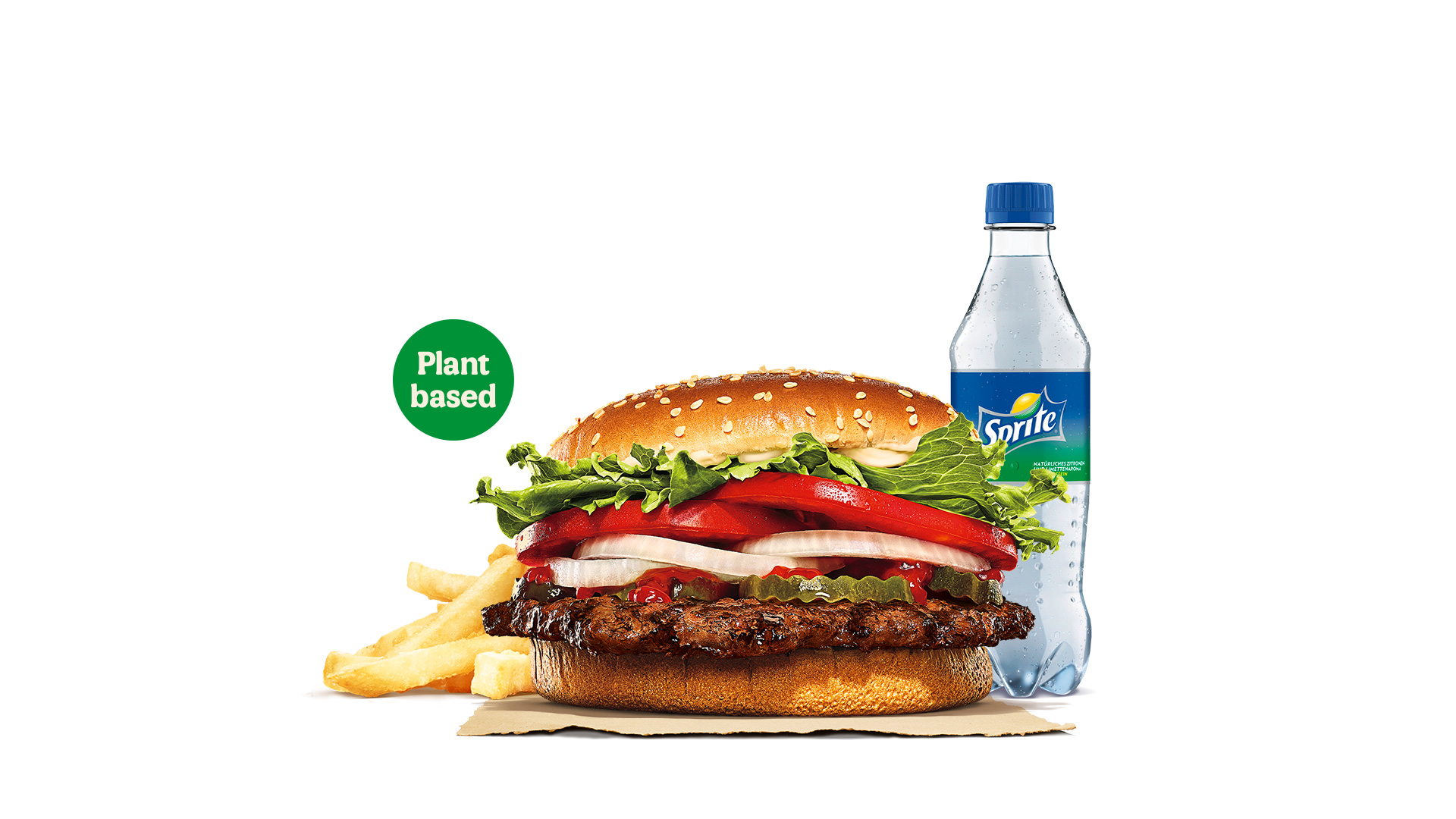 There is also a new vegan Whopper coming out (Credit: Alamy/Burger King)

6. Will the Rebel Whopper be coming back as well?

Perhaps even more excitingly, the Vegan Royale isn't the only vegan addition to the Burger King menu.

Burger King has also confirmed that a new plant-based Whopper will be appearing on the menu. According to the brand, the burger consists of "...a flame-grilled, soy-based patty, topped with tomatoes, fresh cut lettuce, vegan mayo, pickles, a swirl of ketchup, and sliced onions on a soft sesame seed bun."

The burger itself is also officially categorised as plant-based – which will be a welcome relief to Rebel Whopper fans. 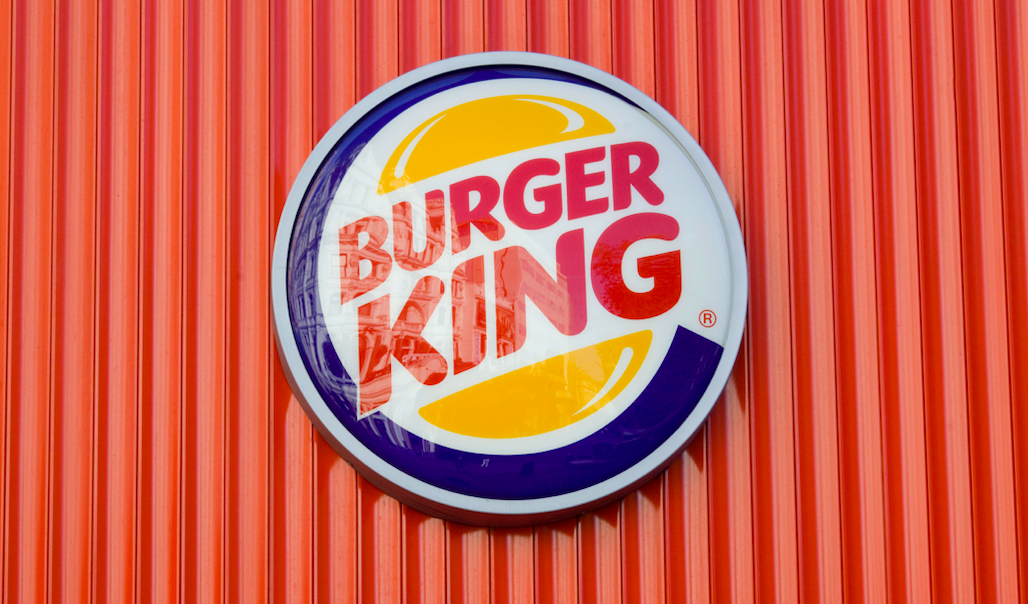 7. Are there any other vegan releases coming?

The Vegan Royale and new plant-based Whopper are the two major headlines from this latest Burger King announcement.

However, the brand has also revealed that it is introducing a new Meat-Free Monday initiative. Not only does this mean that the two new sandwiches will be available at a discount every Monday, but sets an interesting precedent for future vegan options. As Burger King itself put it in a statement:

"Many other great deals on the app will also have the option to go meat-free this month, meaning fans will have the chance to grab the Vegan Royale for as little as £2.49."

This suggests that fans won't have long to wait before more plant-based options appear on the menu.