Can you eat at Hell's Kitchen? 9 Gordon Ramsay restaurants you need to try

Gordon Ramsay fans, did you know you can actually eat at Hell's Kitchen? Given all the carnage, the restaurant can sometimes feel about as far removed from reality as it's possible to be.

However, not only is the infamous Hell's Kitchen restaurant a real place, it's actually just part of Gordon Ramsay's growing cooking empire.

If you want to taste what the celebrity chef has to offer, you don't have to subject yourself to angry yelling. As it turns out, there are many more sedate ways to get the Gordon Ramsay experience. 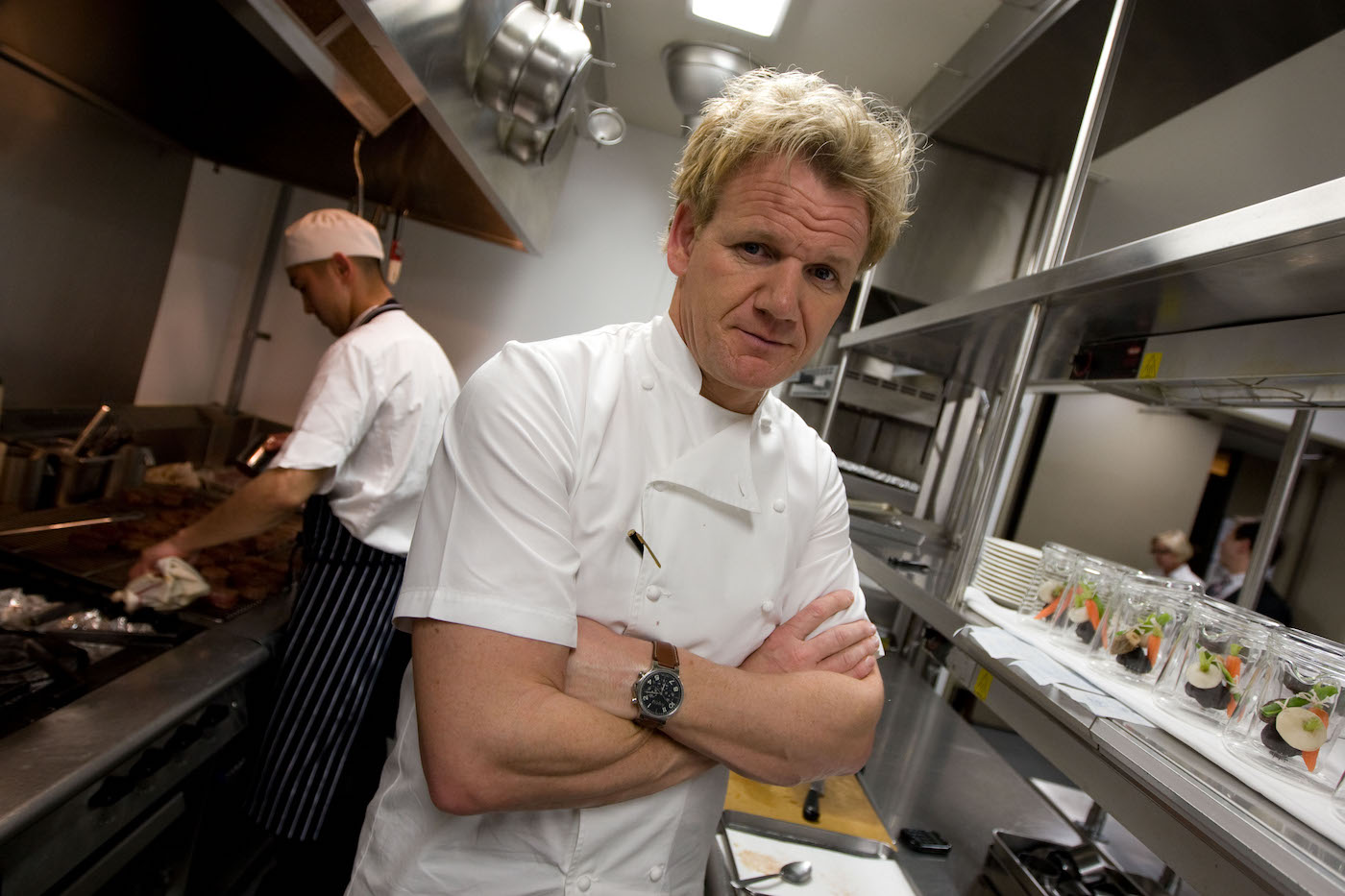 Gordon Ramsay has a number of incredible restaurants around the world (Credit: Alamy)

Can you eat at Hell's Kitchen?

To eat at Hell's Kitchen, you need to book a table – but that process isn't totally straightforward. Like many reality shows, slots are allocated to a select group and tickets can't be bought in a conventional way.

READ MORE: What happened to the restaurants on Gordon Ramsay's Kitchen Nightmares?

But to be in with a chance, it pays to know someone on the inside. According to a 2014 blog post penned by a guest, the process also involves a casting team who vet everyone for suitability. It's definitely not as easy as it seems.

However, if you don't have inside intel, there is a way to replicate the experience. Ramsay recently opened the world's first Hell's Kitchen restaurant in Las Vegas, which has been designed to mirror the original set. 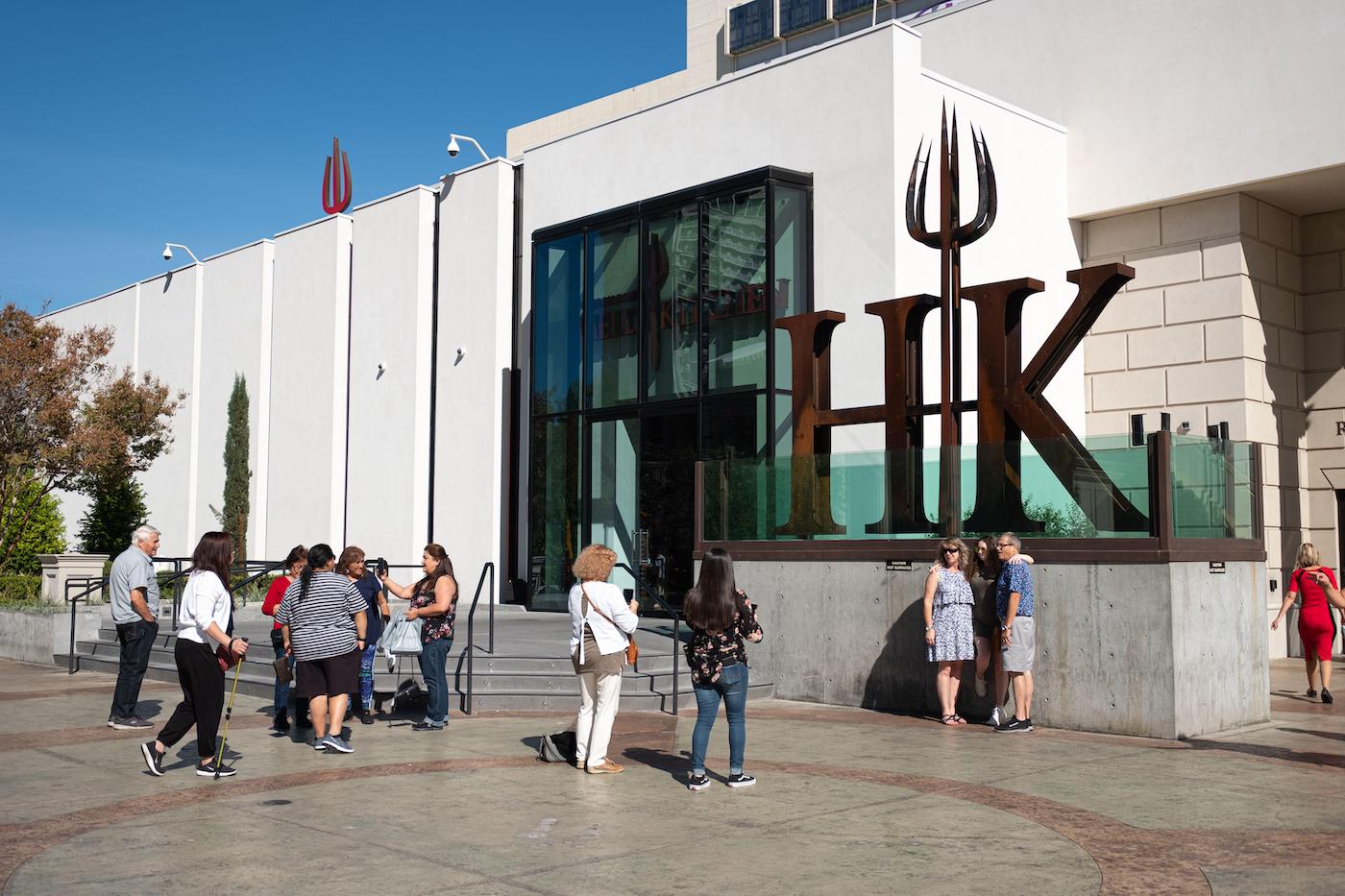 You can eat at Hell's Kitchen on the Las Vegas Strip (Credit: Alamy)

Although filming for Hell's Kitchen recently switched to the Vegas location from Los Angeles, guests aren't going to get a TV appearance just by virtue of turning up.

Production takes place on a strict time schedule at specific points in the year, so don't expect to go viral after shouting at the maitre d'. Still, even if you aren't going to become a star, you should be guaranteed a decent meal.

If you don't happen to be holidaying in Vegas, there are other ways to get the Hell's Kitchen eating experience. Ramsay recently opened two more Hell's Kitchen locations, proving that the brand is as strong as ever.

However, Ramsay's restaurant empire offers a lot more than the chance to eat on a television set.

READ MORE: When is Gordon, Gino and Fred on TV? Latest news on 2020 series

As one of the world's most successful chefs, the chef has built up a restaurant fiefdom that spans the globe, serving up some seriously good food.

Here are nine other restaurants you should visit to get a taste of what Ramsay's really about.

Hell's Kitchen Lake Tahoe is the latest of Ramsay's TV-inspired trio of restaurants, having opened in late 2019. However, you don't have to have a hundred-year legacy behind you to serve some tasty food.

Hells Kitchen in Lake Tahoe is a must try for foodies (Credit: Gordon Ramsay Restaurants)

Set in one of London's most famous hotels, Ramsay's restaurant at the Savoy has been going strong since 2010.

Recently restored to its original 1920's glory, the Savoy Grill has arguably never been better.

Serving a mix of classic British and French cooking, this restaurant is a great gateway into Gordon Ramsay's world. 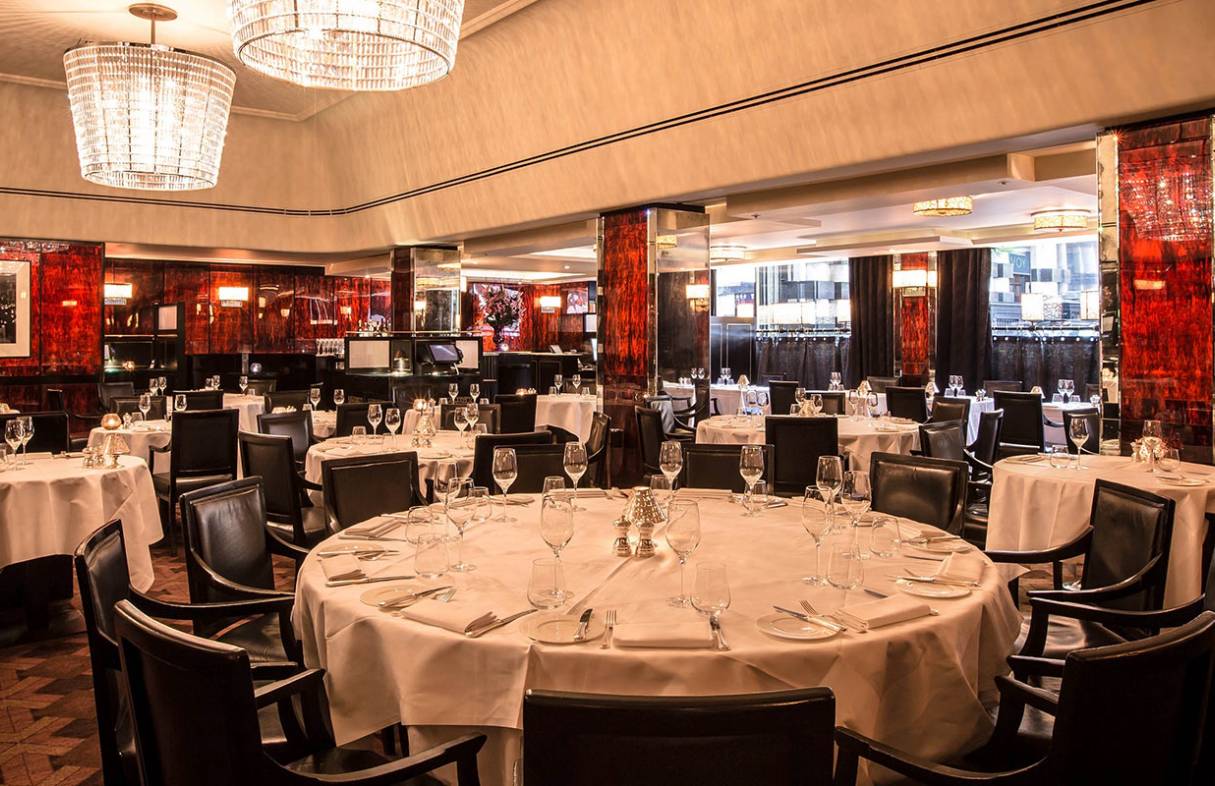 Nothing quite tops fine dining at the Savoy Grill (Credit: Gordon Ramsay Restaurants)

He might now be a household name, but Gordon Ramsay really cut his teeth in the high-pressure kitchens of France.

It's apt, then, that one of his best restaurants can be found in Bordeaux. 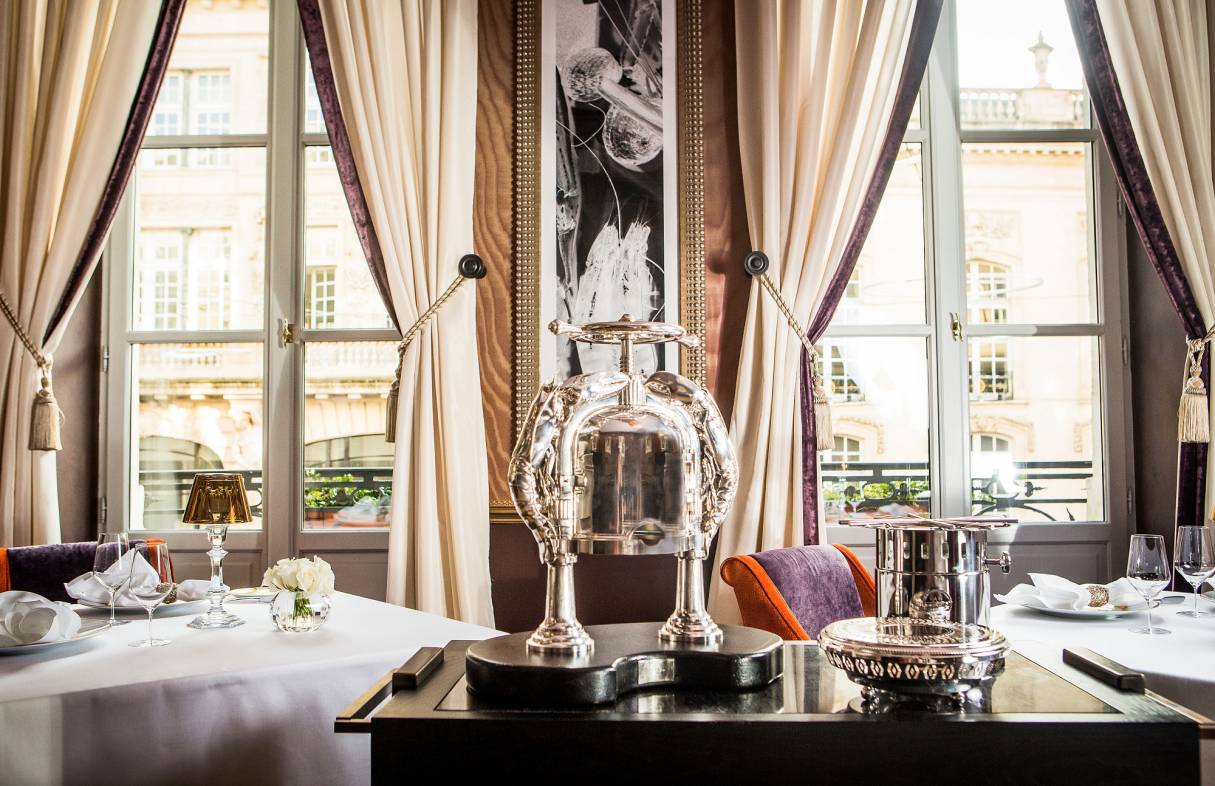 Despite an acrimonious origin story (in which, Ramsay very publically fell out with his then-protege Marcus Wareing), Pétrus has long been a jewel in Ramsay's cooking crown.

Awarded several Michelin stars over the course of its turbulent history, Pétrus takes its name from Ramsay's favourite French wine.

The restaurant boasts a central London location and its glamorous surroundings serve to make it a stellar experience. 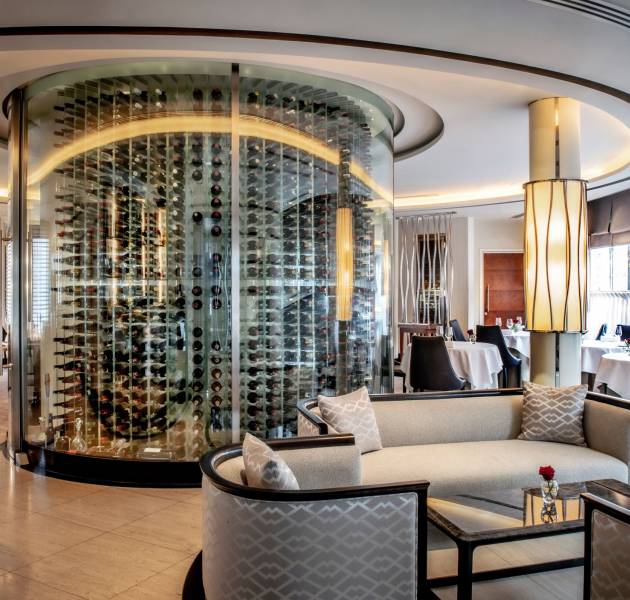 Set in the extremely stylish Bluewaters Dubai resort, the restaurant is more than a match for its glamourous surroundings.

Offering a mix of "show-stopping theatre and world-class cooking", Hell's Kitchen Dubai is upscale dining with a difference. 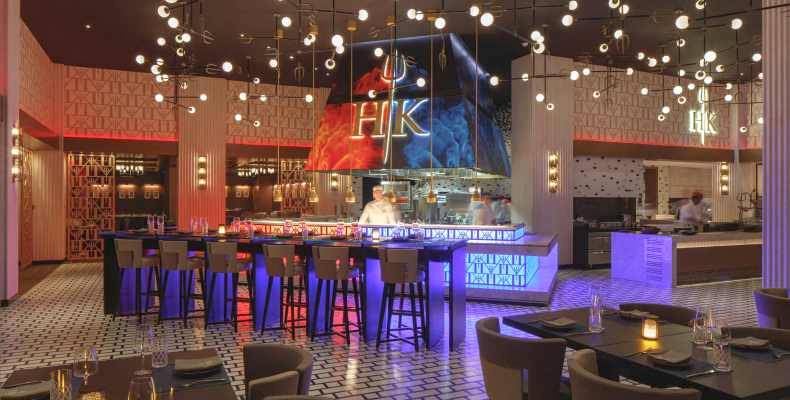 If you enjoy a meal with a view, The Narrow may be the perfect restaurant for you.

Nonetheless, the "simple but elegant food sourced from the best British produce" helps to make any meal at The Narrow a memorable one. 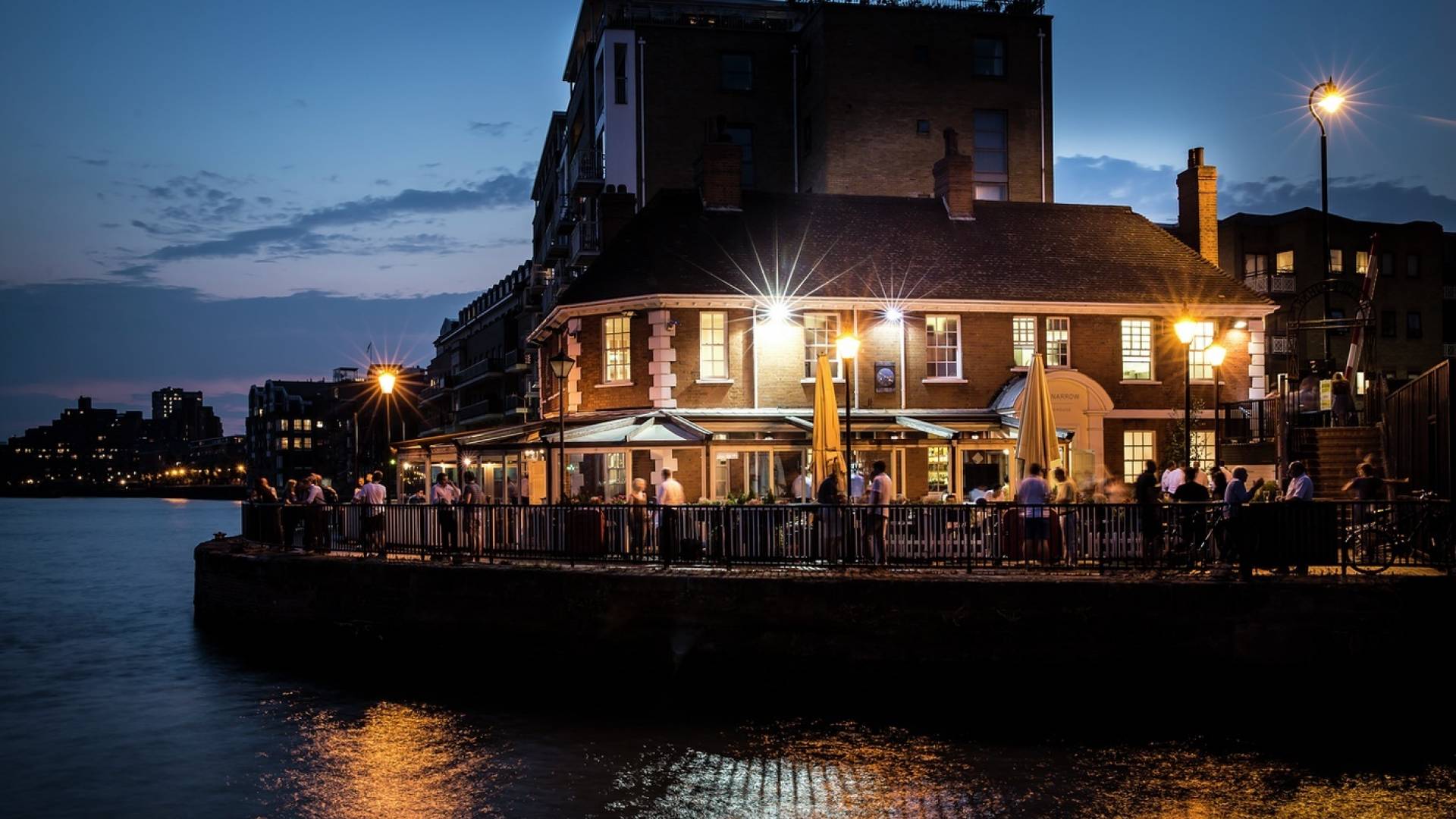 Like any savvy businessperson, Ramsay has capitalised on our appetite for red meat. 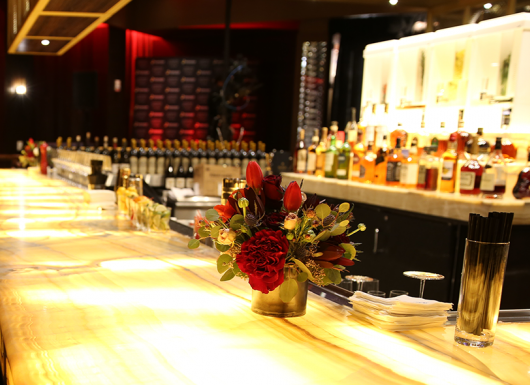 A hotel, restaurant, bar and pizza place all rolled into one, you could argue that York & Albany is the complete package. Located between Regent's Park and Camden Town in the heart of London, it certainly delivers on postcode.

Whatever you choose, you're going to be satisfied. 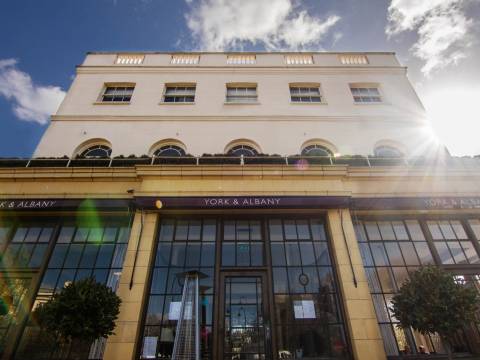 Ramsay's flagship Restaurant Gordon Ramsay restaurant has held a coveted three Michelin stars since 2001, making it the longest-running 3-starred establishment in the UK. One look at the menu and it's easy to see why.

The kitchen specialises in classic French fine dining, making it a great restaurant for a special occasion. It might not be cheap, but it's the best place to see what Gordon's cooking is really all about.

It's fair to say that the food world thinks Gordon Ramsay is a big deal. You might even have wondered whether he actually deserves it.

However, to his credit, anyone that can build a successful army of restaurants deserves respect. As you can see from the above, there is plenty of evidence to show that he knows what he's doing.