Just as with any fast-food restaurant, the Shake Shack secret menu is as mysterious as it is intriguing.

Even though crinkle-cut fries and cheeseburgers will hit the spot, they're still a conservative choice when it comes to pigging out. If you want to walk on the wild side, you need to dig a little deeper. 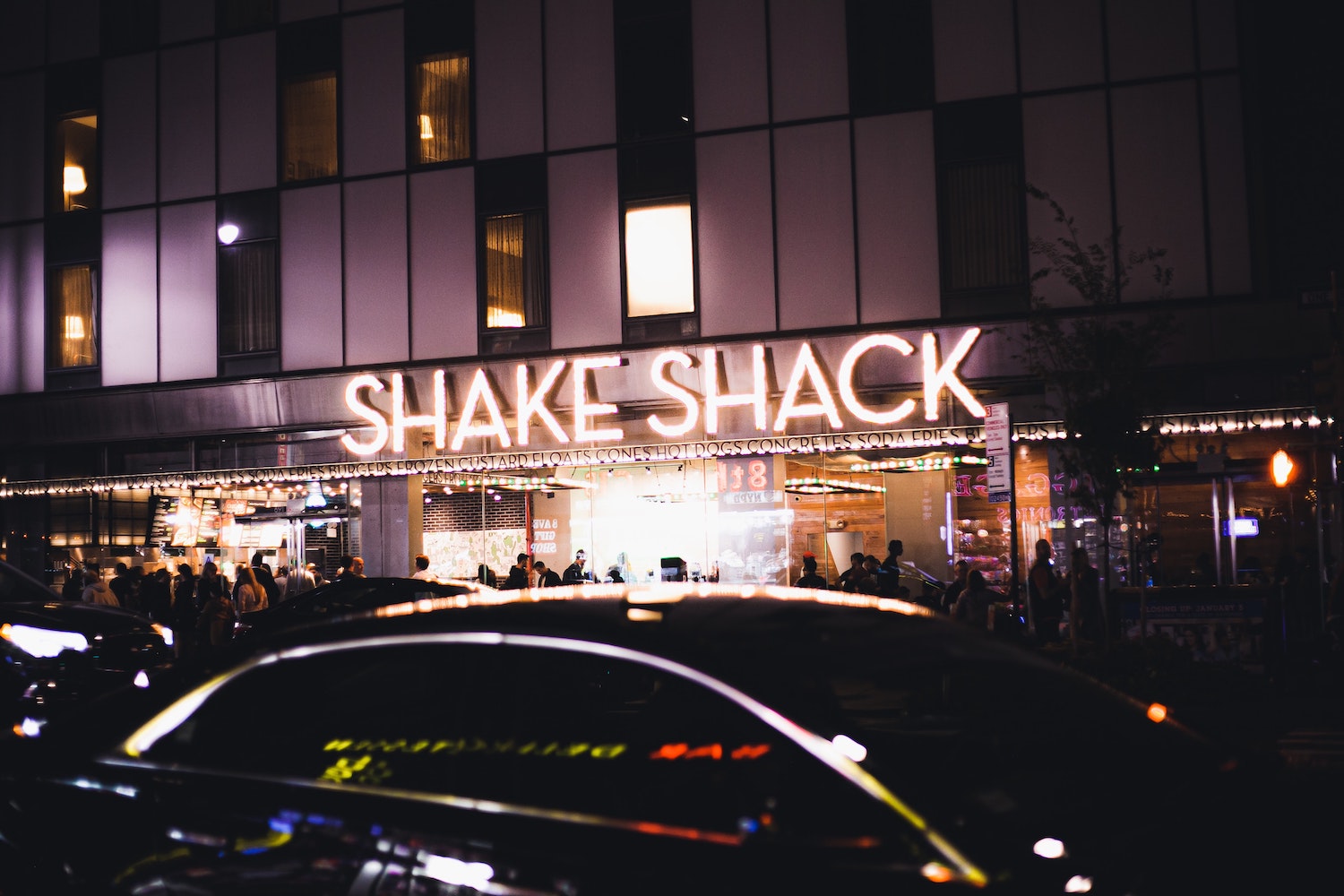 The Shake Shack secret menu is as mysterious as it is intriguing(Credit: Pexels)

While every franchise's undisclosed items are exciting, the Shake Shack secret menu takes things to another level.

Inspired by flavours that have no business being on the same plate, the cult burger brand has gone out of its way to create a secret selection that's passed into fast food folklore. Needless to say, the results are spectacular.

So, the next time you're craving a burger that's as brilliant as it is bizarre, look no further than the East Coast's most iconic burger joint. Here are 14 Shake Shake secret menu items that will change your life. 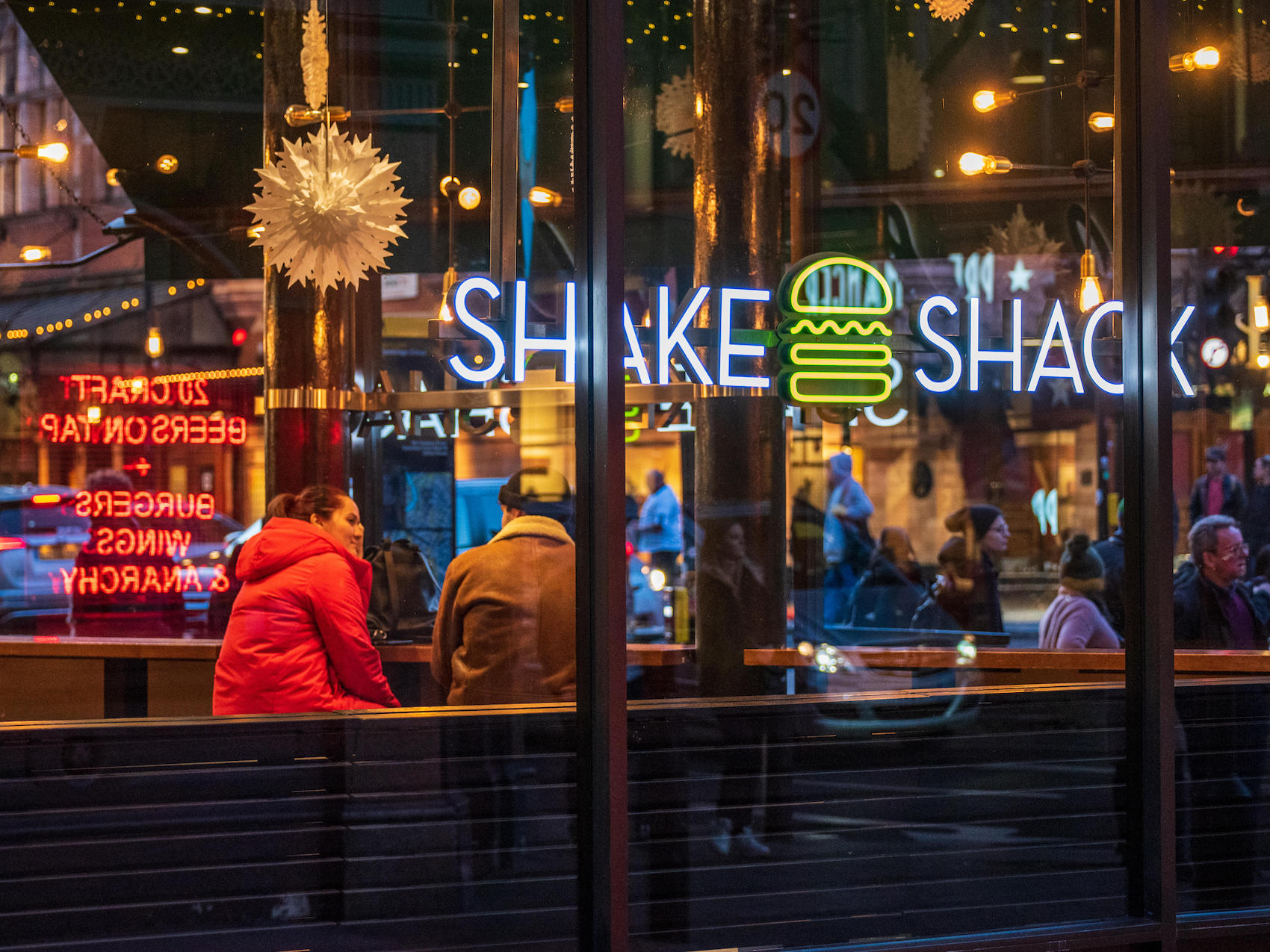 The Shake Shack secret menu is one of the most talked-about fast food features on the planet (Credit: Alamy)

Deceptively simple, yet staggeringly delicious, the key to this secret item is in the preparation. While lesser joints might stuff a wedge of average cheddar between any old loaf, Shake Shack shows that they care.

The two halves of the roll are flipped and buttered so that the soft outside is exposed to the pan. The result is a pillowy, gooey mess that will instantly nuke any hangover.

The dance between sweet and savoury has been tempting foodies for decades. However, Shake Shack’s riff on salt and sugar may just take the biscuit.

To get your greasy mits on this ultimate breakfast-meets-burger, bacon-meets-butter, peanut-meets-pattie smorgasbord, simply ask for a bacon Shack Burger with peanut sauce. Then, surrender as the sandwich manages to press all your buttons at once.

Despite the brand's obvious aptitude for burgers, Shake Shack actually got its start as a hot dog stand. As such, any Shack dog is going to deliver - especially a secret one.

Ideal for those who crave simplicity, the cheese dog is a straightforward blend of grilled sausage and melted cheddar and American cheeses. Sometimes less really is more.

Speaking of simplicity, even if you have the option of a peanut sauce drizzle, you should never sleep on a classic.

Delivering exactly what it says on the tin, the secret Shake Shack BLT is a perfect blend of bacon, lettuce and tomato, all served on a Shake Shack burger bun. Because not everyone wants to choose from 20 different sauces.

However, for every customer that wants something clean and fresh, there's another who wants their dinner to be a sloppy mess. Shake Shack's signature Shack Sauce is as beloved as a Big Mac or a Whopper, and with good reason.

For those who like their lunches saucy, the chain has a secret menu item to keep you satisfied. Ask for an order of Cheese Fries and Shack Sauce and prepare for a potato experience like nothing else.

The fully loaded Shack-Cago dog can hold its own against anything on the Shake Shack menu. Featuring a frankfurter topped with pickles, tomatoes, peppers, onions and cucumbers, this is one sausage that deserves to be placed centre stage.

However, if you object to sausages on principle, there is a handy workaround - simply ask for the dog toppings to be transferred to your favourite burger.

In many cases, employees will gleefully oblige without hesitation. However, in case there is any confusion, simply order the two items separately and transfer yourself.

Fast food doesn’t have to be all about indulgence. Proving that they really have thought of everything, the bunless shack burger caters explicitly for the growing number of health fanatics turning their noses up at anything deep-fried and carb-heavy.

This stripped-back sandwich contains all the elements of a traditional Shack Burger - minus the starchy potato bun. Simply request your burger “bunless” and chow down guilt-free.

Shake Shack's near-limitless customisation doesn't stop with the burger menu. In fact, if you really want to take advantage, you should be applying the principle to everything.

An easy way to take your meal to the next level is upgrade your fries with a sprinkling of whatever extras you fancy. From bacon bits to chopped bell peppers and sauce, the sky's the limit when it comes to fries.

Shake Shack's Shroom Burger has earned legendary status among fast-food-loving veggies. But, if you fancy a change of place from the fungal classic, there is an alternative.

The Garden Dog simply replaces the sausage from a regular hot dog with a crunchy pickle. This makes it a refreshing option if you want to enjoy something a little more lightweight.

Similar to the "bunless burger" option, Shake Shack's protein-style upgrade is ideal for anyone averse to carbs.

Instead of serving your sandwich inside a potato bun, this hack wraps everything up in a carb-free lettuce leaf. Available for anything on the regular menu, the Protein Style option is definitely worth knowing about.

On the other hand, sometimes lightweight dining is the last thing on your mind. Arguably the jewel in the Shake Shack secret menu crown, the Quad Burger really is something to behold.

Completely customisable and a true test of appetite, the concept is essentially a riff on any of the chain’s standard items - just with four times the meat. Available at all outlets, this colossal sandwich is as much a test of character as it is a question of taste.

Aside from top-notch burgers, what really helps Shake Shack stand out from the crowd is alcohol. The option to buy beer at any one of its stores remains a massive selling point and one which discerning fans would do well to take advantage of.

A great way to hack the beer menu is by blending a bottle with lemonade, creating a refreshing shandy that pairs perfectly with any burger.

Beer and lemonade isn't the only drink hack on offer. If you're looking for something sweet to round off a salty lunch, look no further than the epic Root Beer Float.

READ MORE: How did Hooters restaurants start and what happened to the airline Hooters Air?

Simply ask for a cup of root beer with a scoop of vanilla custard and sit back as you ascend to sticky sweet heaven. As a way to round off a secretive scoffing spree, it’s tough to imagine anything better.

Just because something isn't official doesn't make it any less awesome. Popularised on Instagram, the Shake Shack ice cream sandwich requires a little creative thinking, but is 100% worth it.

Simply order a plain potato bun alongside your ice cream serving. When both dessert and bread arrive, simply stuff one inside the other and enjoy everyone else's jealous expressions.

Even without going off-piste, there is plenty to get excited about at New York's best-known burger export. But, if you ever do feel like something a little different, it's good to know that the Shake Shack secret menu can deliver the goods.