What is Big Mac sauce made of? The truth behind McDonald's secret weapon

Big Mac sauce is the king of fast food condiments. Even against some serious competition, McDonald's signature orange goo stands head and shoulders above the rest.

However, despite its legendary status, Big Mac sauce remains shrouded in mystery. Here, we take a deep dive into burgers' best friend and unearth why it remains the best thing about the Maccies menu.

Below is everything you ever wanted to know about Big Mac sauce. 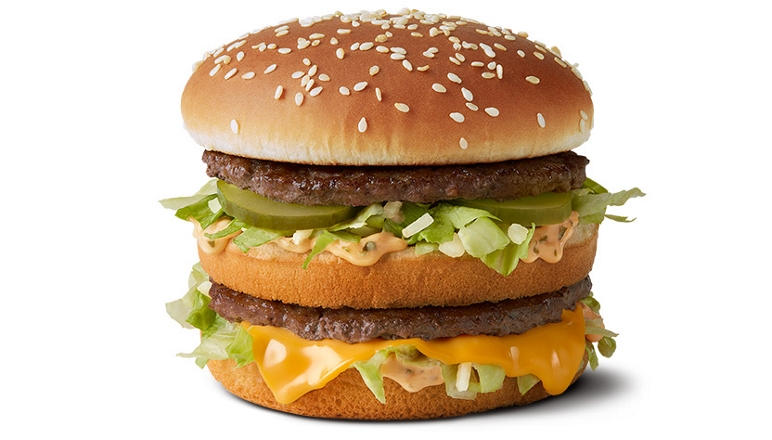 What is Big Mac sauce made of?

According to the McDonald's website, Big Mac sauce is a carefully balanced concoction of at least 17 ingredients.

In addition to delicious morsels such as propylene glycol alginate, xanthan gum and soy lecithin, the sauce features several components found in many kitchens.

These include egg yolks, vinegar, onion powder, paprika, turmeric and garlic powder. However, the website does not reveal the precise quantities of each ingredient, ensuring that Big Mac sauce remains mysterious.

READ MORE: How to make McDonald's McFlurry at home

Interestingly, when Big Mac sauce first appeared in the sixties, McDonald's did not actually use one consistent recipe. As the restaurant group's website explains, "there were two different versions of the McDonald’s Special Sauce being used.

McDonald's adds: "To eliminate inconsistency, a single recipe was developed that satisfied customers who had a taste for either one."

This single recipe was actually changed again in 1991, before the version we know and love today took over in 2004. The fact that Big Mac sauce has survived all these tweaks and changes is a testament to its status as a stone-cold classic. 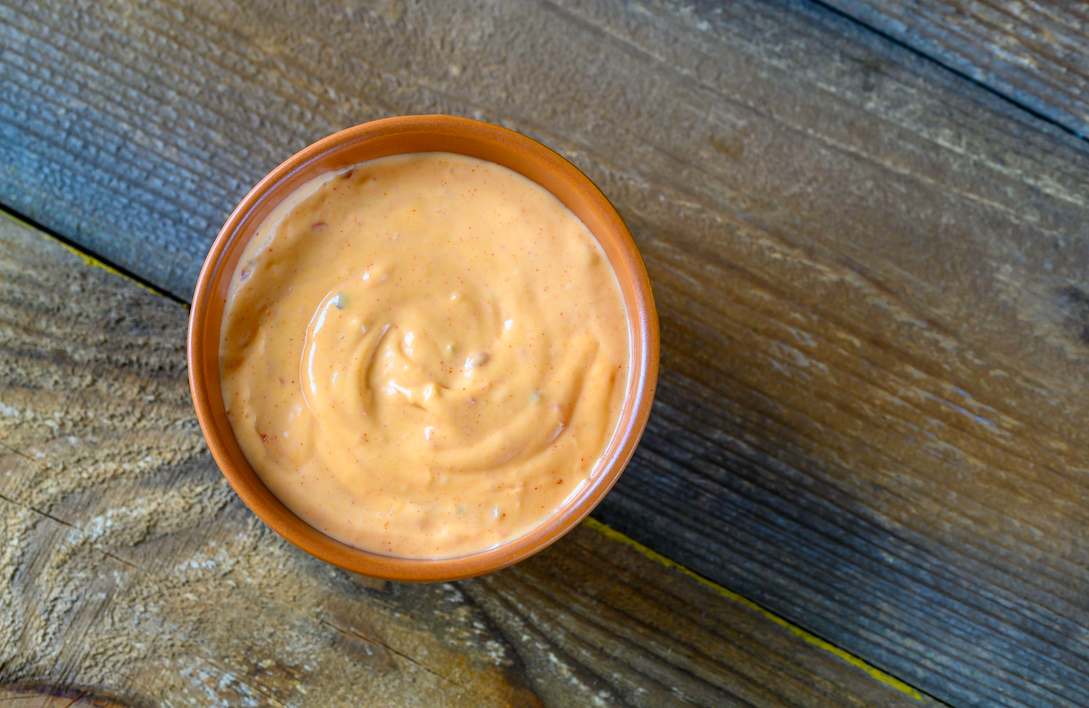 How do you make Big Mac sauce from scratch?

Obviously, most of us don't have many spare packets of xanthan gum lying around the kitchen. Nevertheless, it is possible to make a delicious Big Mac sauce from scratch with everyday ingredients.

READ MORE: 10 of the healthiest options at McDonald's

At Twisted, we have plenty of experience creating different spins on the classic Big Mac burger. As a result, we have a pretty good understanding of what it takes to make your own sauce.

For example, our delicious Big Mac gyoza recipe features a sauce made from the following ingredients:

While there are plenty of alternatives available, we believe that this sauce delivers the perfect flavour balance. Simply combine all the ingredients together in a bowl and enjoy!

Sadly for most plant-based McDonald's fans, OG Big Mac sauce is not vegan.

This has less to do with the fact that it's usually served slathered on top of a beef patty, and more to do with the inclusion of egg yolks on the ingredients list.

For instance, for our hugely popular giant vegan Big Mac dish – made for X-Factor star James Arthur – we made a Big Mac sauce with the following ingredients:

If you don't want to go plant-based, you can simply substitute in regular mayo. However, whatever your preference, this recipe is a surefire way to recreate the classic Big Mac flavour. 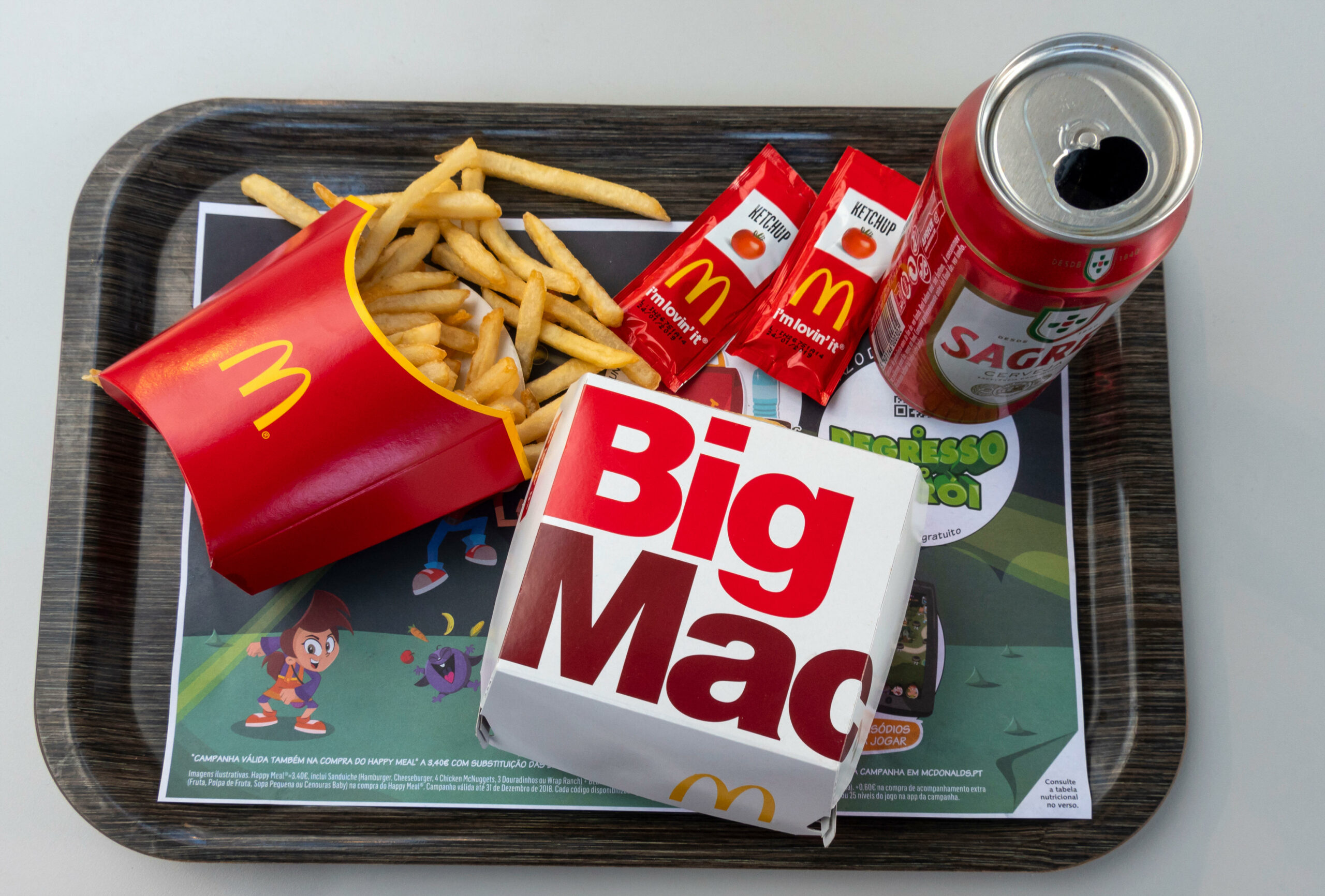 Getting hold of official Big Mac sauce is not easy (Credit: Alamy/Ed Rooney)

Can you buy Big Mac sauce?

Despite its global popularity, actual bottles of Big Mac sauce are notoriously difficult to find. This is not least because McDonald's doesn't believe the sauce works as a solo condiment.

In a statement on the McDonald's website, the brand writes: "We know it's good. Really good. But the Big Mac® sauce was developed to be used solely within the Big Mac®, so we don’t think it would quite work as a dip."

READ MORE: How much do McDonald's workers get paid?

Last year, the chain sent British fast food fans into meltdown, releasing limited edition pots of its signature sauce. However, offers like this are few and far between.

The fact that Big Mac sauce is not available on a regular basis means that fans are forced to think creatively. As a result, some surprising alternatives to the real thing have emerged onto the market.

For instance, back in 2020, German supermarket Aldi shocked everyone with the introduction of an all-new Big Mac-style sauce.

Fans on the popular Extreme Couponing and Bargaining Facebook group claim that "it tastes almost exactly like the Big Mac sauce." Plus, at 79p per bottle, it certainly won't break the bank.

The lack of legit Big Mac sauce bottles in British supermarkets is obviously frustrating. However, it's good to know that there are options available if you're feeling peckish.