What are all the McDonald's characters' names? Remembering the creepy mascots that haunted our childhoods

For some of us, trying to remember all the McDonald's characters' names could quickly lead to an unexpected therapy session.

Despite the brand's best efforts to be cute and cuddly with its mascots, what we got was a legion of hauntingly horrible monsters. If you met Ronald McDonald down a dark alley, no one in their right mind would buy a burger off him.

However, there comes a time when all of us have to face our fears. 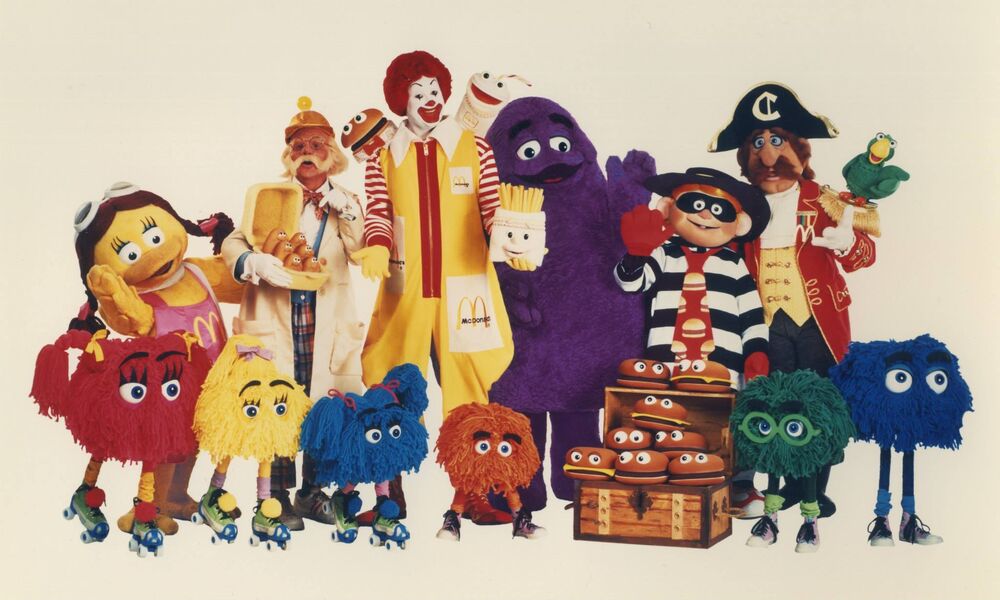 What are all the McDonald's characters' names?

For many people, the rogues' gallery of McDonald's characters is indelibly seared into their brain. However, although the memory of a giant purple monster is unforgettable, putting a face to a name is slightly trickier.

Thankfully, Twisted is here to help.

In order to help you relive your worst childhood nightmares all over again, we've brought the whole gang back together.

Whether you were scared of Sundae or found Uncle O'Grimacey seriously grotesque, consider this article a form of free counselling. Be warned, any coulrophobic burger fans should look away now. 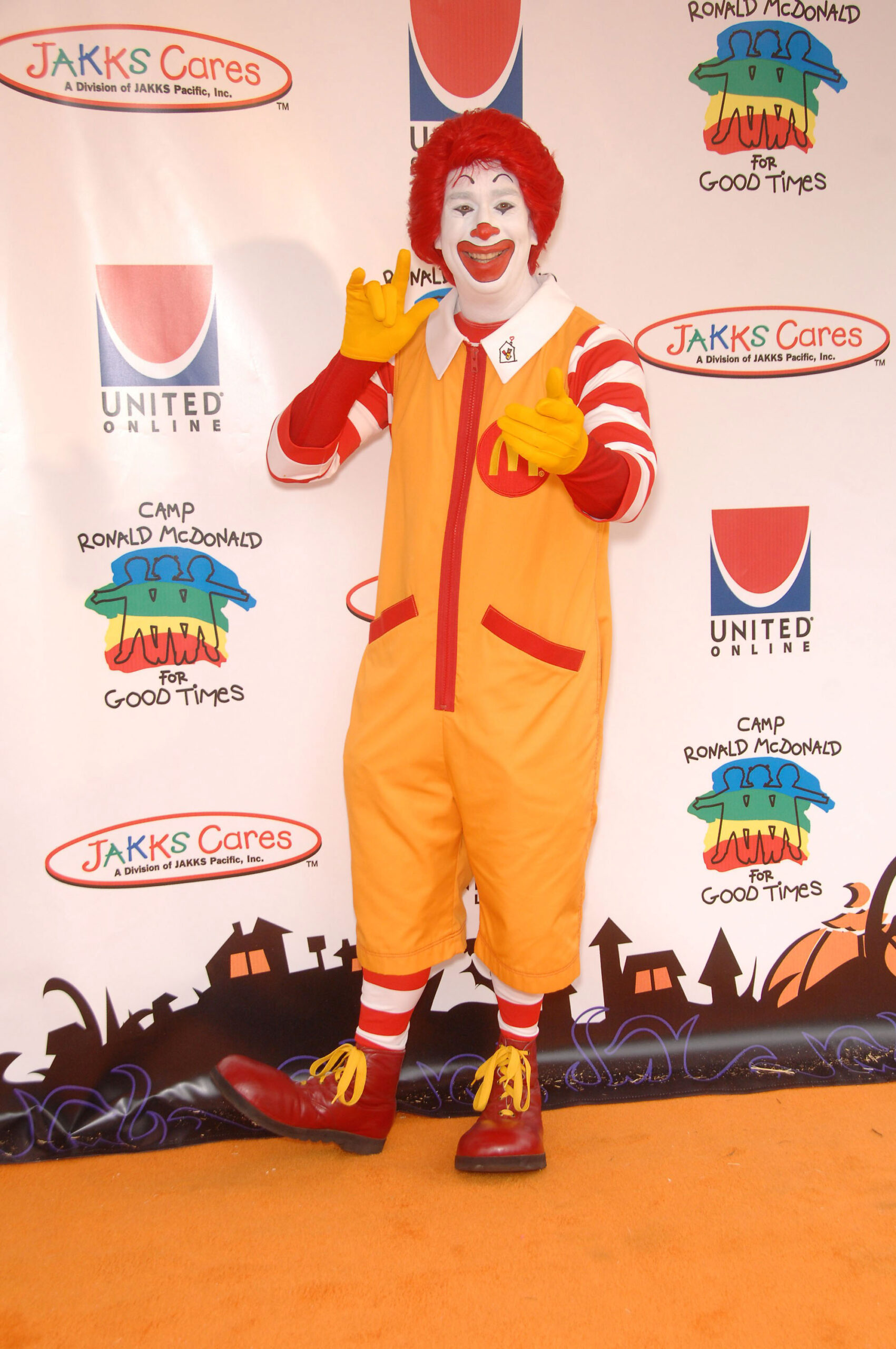 The main man himself, Ronald McDonald, is a fast food icon for all the wrong reasons.

Making his debut in 1963, McDonald's signature mascot has taken a back seat in recent years, largely thanks to a series of clown-related scares.

Most fans would agree, this is probably a good thing. 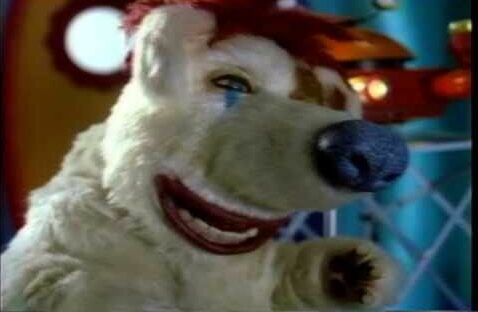 As Ronald's dog, you might expect Sundae to bring some joy to the McDonald's mascot crew. Sadly, this demure puppet was anything but jolly.

However, his legacy lives on. 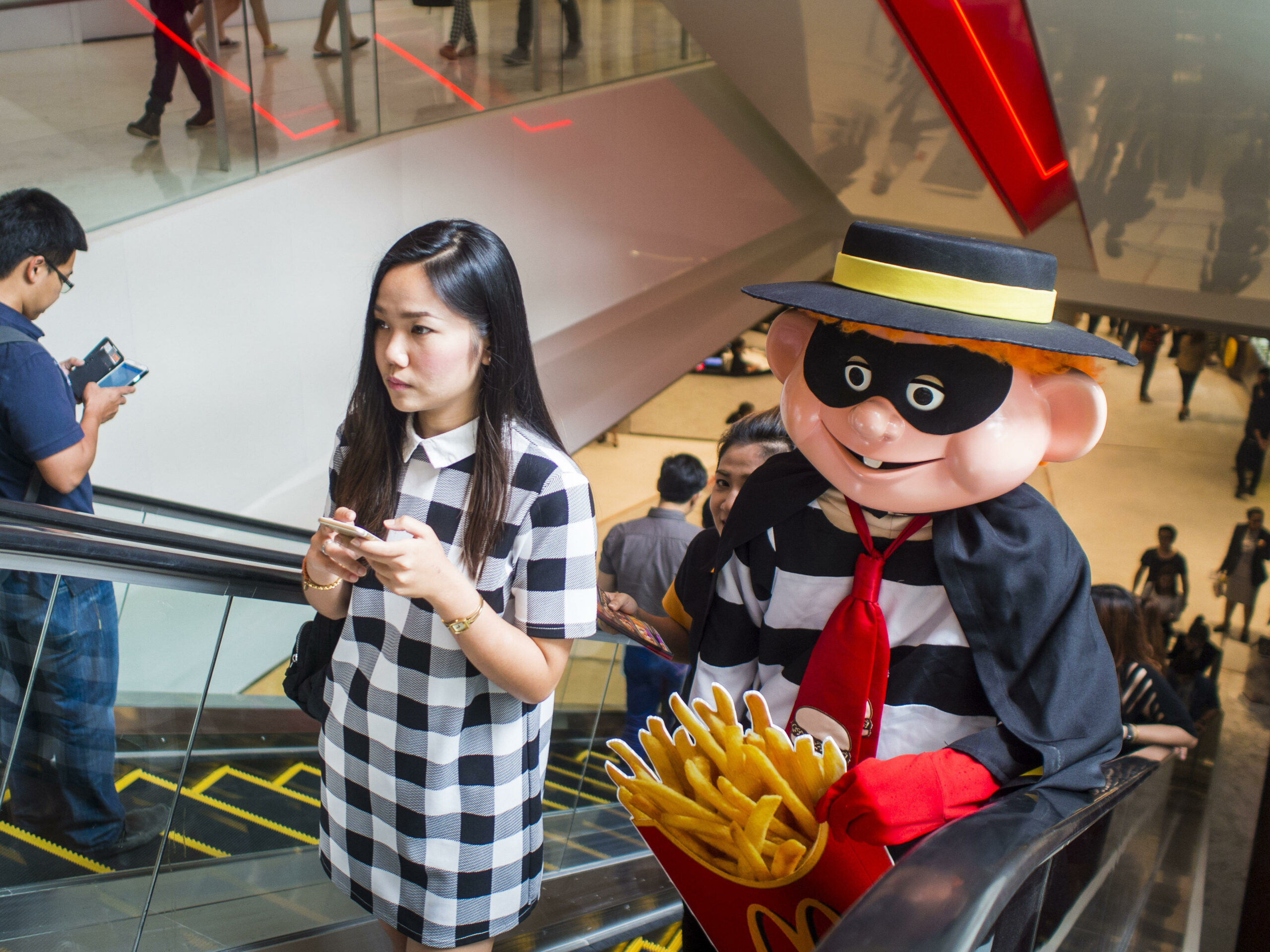 One of the Golden Arches' better contributions to pop culture, the Hamburglar is probably the least intimidating McDonald's mascot.

This is despite his chosen career in larceny.

Fast food's favourite lovable villain has been stealing burgers since 1971. 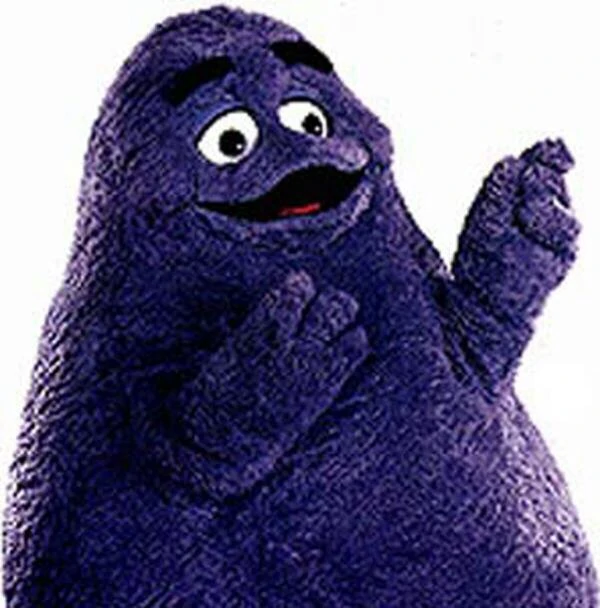 Like an embryonic Barney the Dinosaur, Grimace is to beverages what Hamburglar is to food.

However, unlike his burger-obsessed counterpart, Grimace is anything but loveable.

In fact, Grimace was so horrific that he underwent a major character transformation in 1985. For a whole generation of McDonald's fans, however, it was already too late. 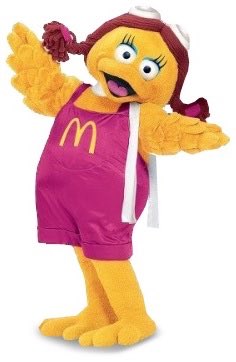 Say what you like about the design, but this character represented a giant leap forward in McDonald's gender politics. 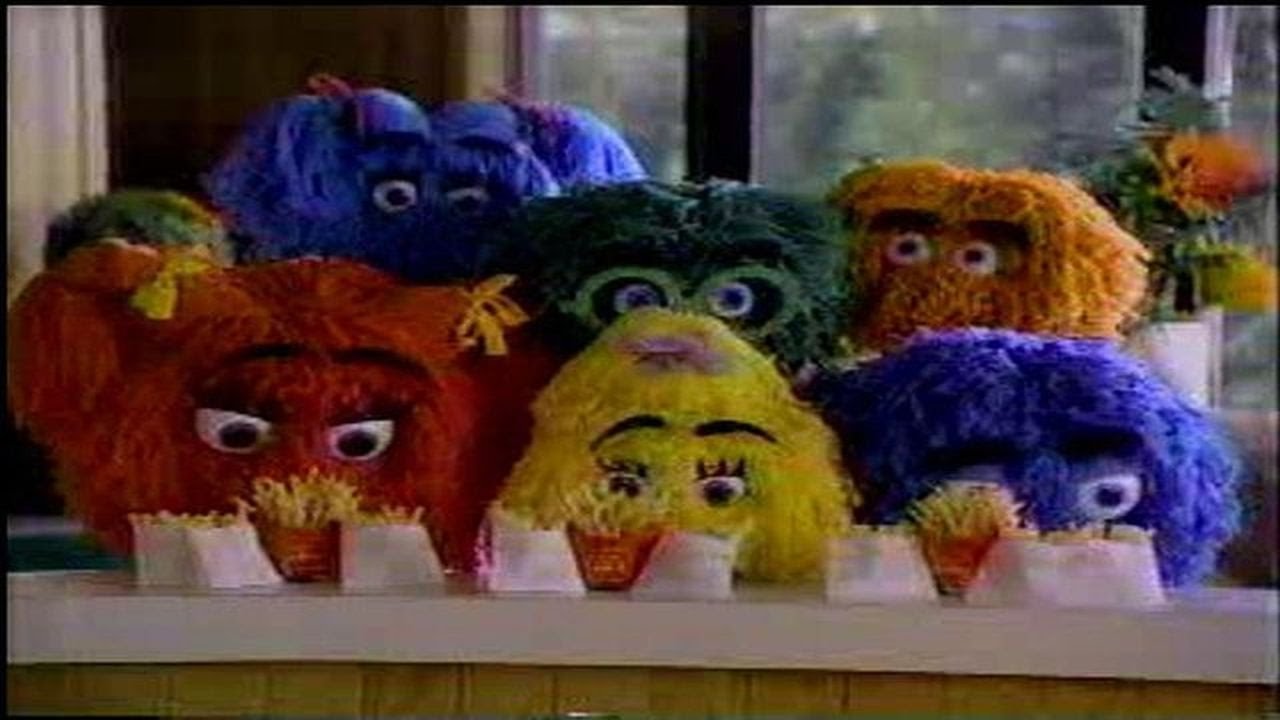 Another kleptomaniac McDonald's mascot, the Fry Kids were originally known as the Gobblins. This was due to their penchant for stealing other characters' French fries.

Since their 1972 debut, they have also gone by the moniker "Fry Guys". However, McDonald's marketing ultimately felt that thieving children are more on brand. 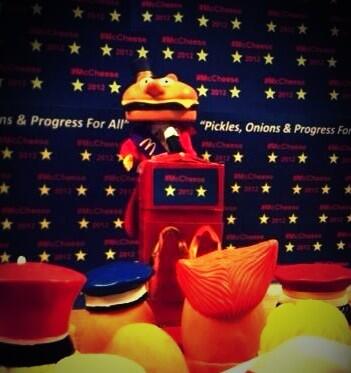 Mayor McCheese was not a particularly astute politician (Credit: Twitter/McDonald's)

As the big cheese of McDonaldsland, in every sense of the word, you might expect Mayor McCheese to ooze authority. Sadly, the opposite is true.

This anthropomorphic cheeseburger was famously portrayed as a bumbling and incompetent political leader.

Small wonder Hamburglar could get away with so much. 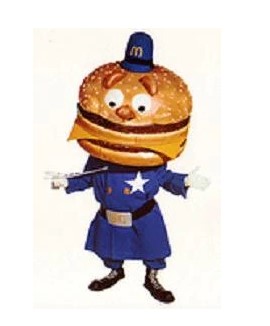 Officer Big Mac was always on the heels of Hamburglar and co (Credit: McDonald's/Twitter)

Much like the mayor, Officer Big Mac had his hands full with the rampant criminality among McDonald's characters.

Not that this made his own appearance any less intimidating.

With a giant Big Mac for a head and an inability to put a stop to law-breaking, Officer Big Mac is the epitome of ineffective law enforcement. 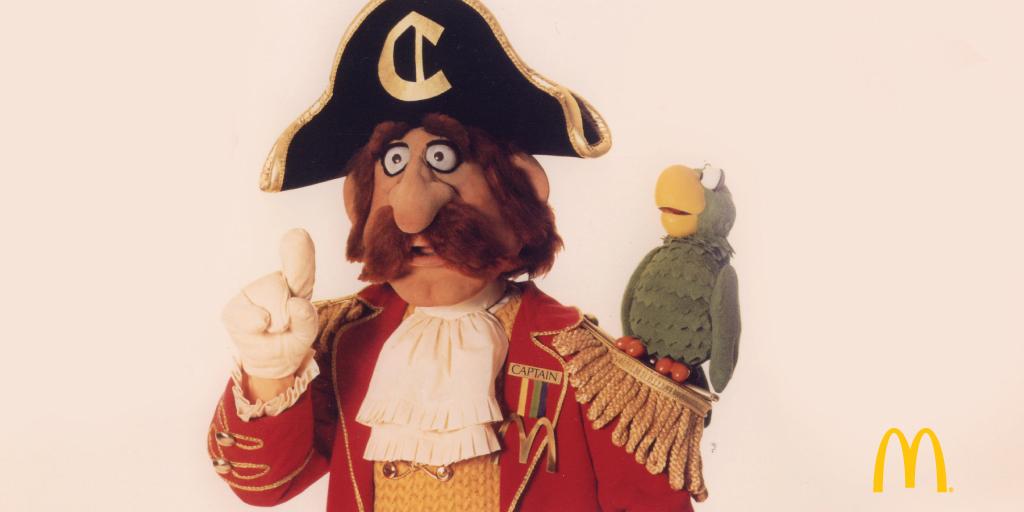 Styled like a pirate, this fearsome seadog preferred deep-fried fish to actual treasure.

With his appetite for Filet-O-Fish and trusty parrot mascot, he certainly wasn't to be trifled with.

Of all the McDonald's characters, Captain Crook was actually the most normal-looking. Some might argue that this actually made him even scarier. 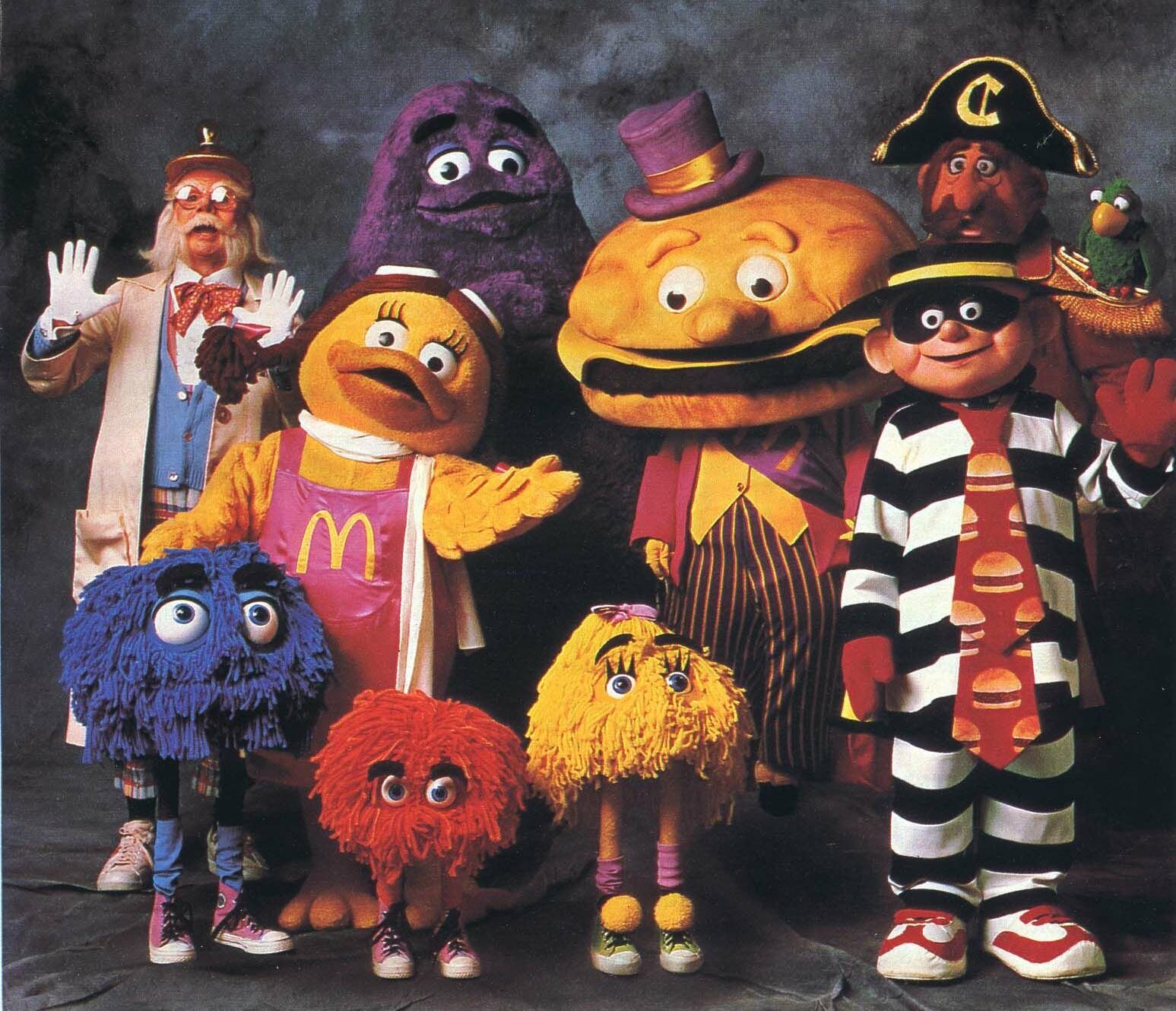 The Professor (left) was a background character for much of his career (Credit: Twitter/McDonald's)

Like every mad scientist, there was always something slightly unnerving about The Professor.

This sense of unease was even more pronounced given that before 1980, he barely said a word.

In the following years, he played more of a role in McDonaldsland. However, it's the image of him skulking around in the background that sticks in the memory. 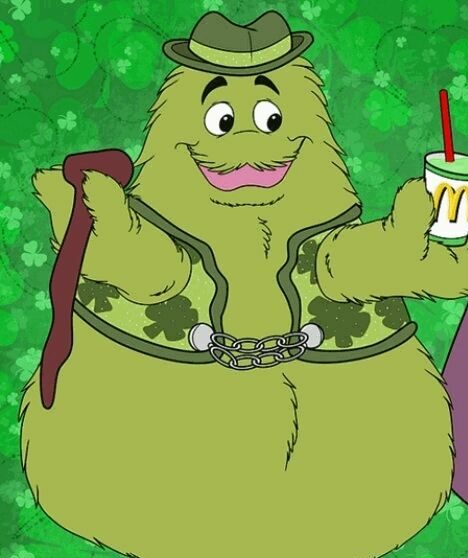 Uncle O'Grimacey was a regular in the McDonald's cartoon (Credit: McDonald's)

However, the overall appearance is significantly less whimsical. 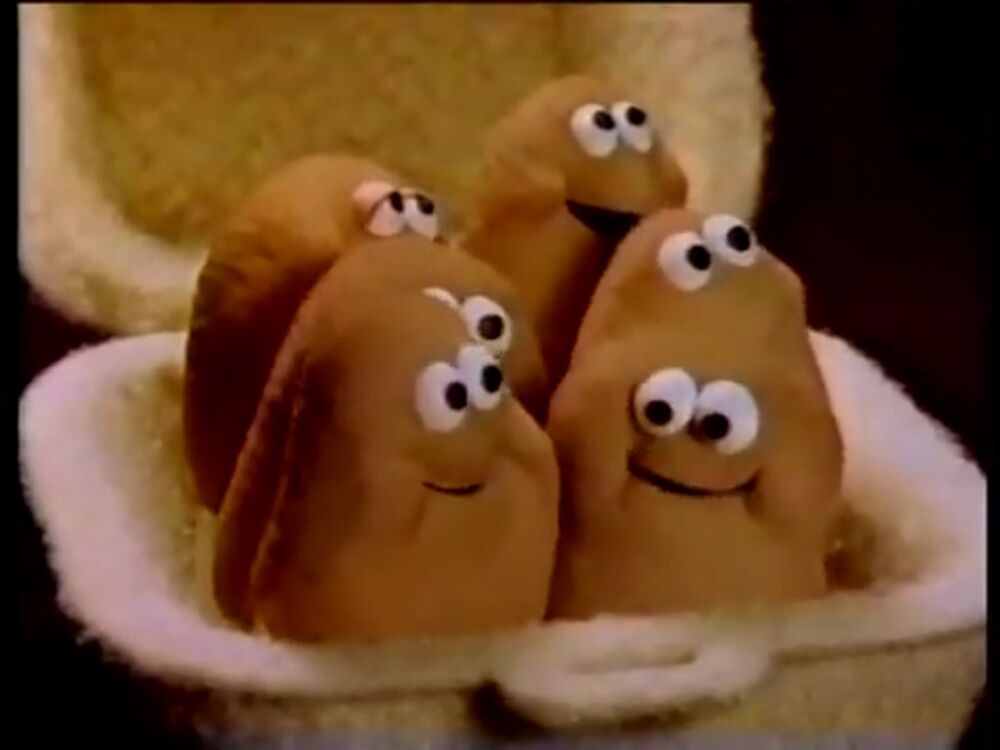 Created to help promote McDonald's Chicken McNuggets, the McNugget Buddies look like one of The Professor's more twisted experiments.

Looking like a patch of potatoes brought to life, the Buddies were obviously meant to be cute. Instead, they looked like a cross between Dr Frankenstein and a bag of McCain's.

Over the years, the McDonald's universe has seen several unusual additions. Some are even more unusual than the names on this list.

However, when it comes to the characters that still haunt us today, it's hard to look beyond these 12.

We hope that this trip down memory lane remembering all the McDonald's characters' names can help exorcise some demons for some of you.