Who won Junior Bake Off 2021? Everything you need to know from the nail-biting final

In a year when we've all tried our hand at sourdough, the Junior Bake Off final might be one of the most depressing TV events imaginable.

After all, if anything's going to dissuade you from baking, it's watching a 10-year-old do it much better than you ever could.

However, despite the depressing implications, there's no doubt that watching kids conjure up sensational bakes is genuinely impressive.

Below, we take a look at who won Junior Bake Off 2021 and which contestants made it to the final. On your marks, get set, bake. 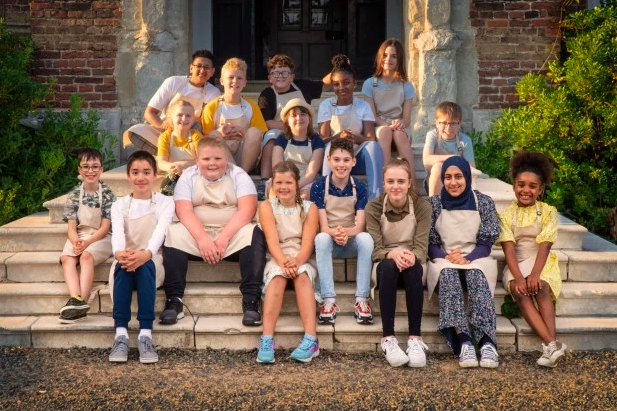 The teenager was the most successful baker in the competition to date, so expectations were high – and he didn't disappoint.

He won Star Baker twice and consistently ranked near the top of the field, proving himself to be a real talent. 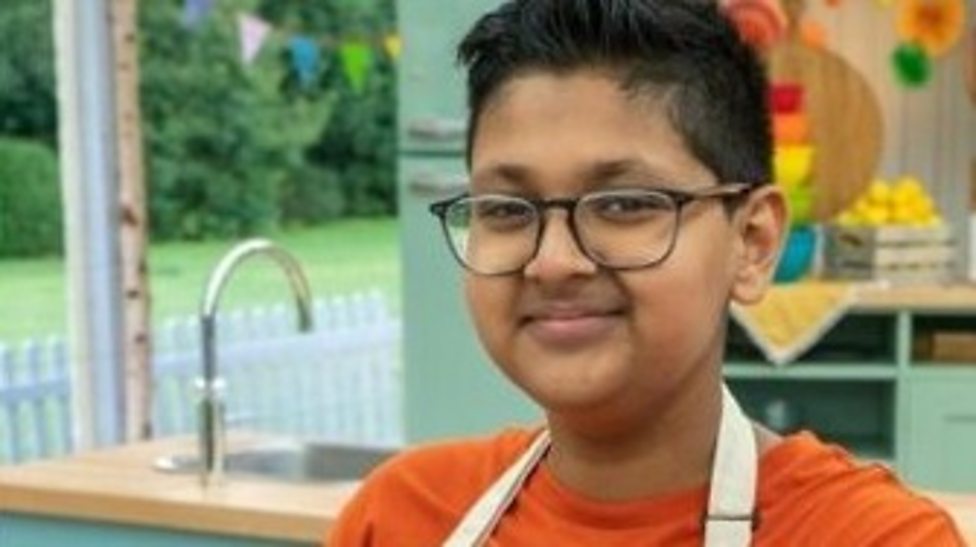 Who were the Junior Bake Off 2021 finalists?

Although Reece was this series' Star Baker, he faced some tough competition before being crowned winner on Friday, January 29.

In fact, three out of the four finalists had won Star Baker, proving that the final was everybody's game.

Here, we tae a look at who else made it to the Junior Bake Off 2021 finalists...

Despite missing out on Star Baker during the first week, 14-year-old Cece was a consistent performer throughout this year's contest.

Having twice finished top of the technical challenge, once for pizza star bread and once for Jamaican patties, she certainly marked herself as one to watch. 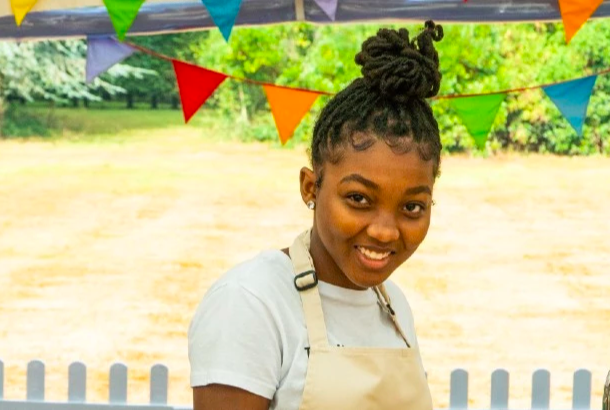 Cece was a strong contender on Junior Bake Off 2021 (Credit: Channel 4)

Like Reece, Robbie proved himself to be a young baker of prodigious talent.

The 15-year-old Bristolian impressed the judges with his biscuit skills and never finished lower than third in a technical. 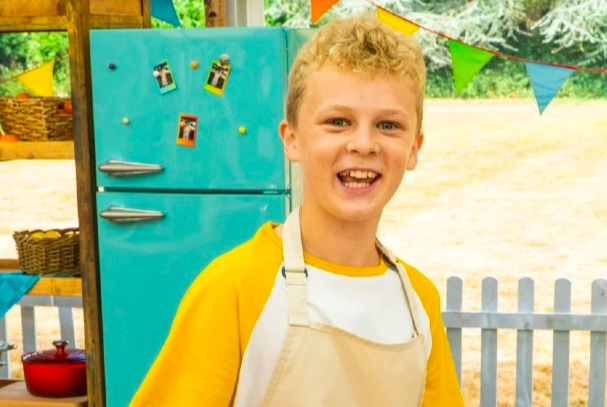 Robbie proved to be a hit with Junior Bake Off fans (Credit: Channel 4)

Another baker who credited her grandma with providing some serious kitchen inspiration, 10-year-old Naima has a serious passion for cooking.

The South Londoner regularly whips up everything from scones to lemon drizzle. This presumably goes down very well with her brother, who she describes as her "best friend". 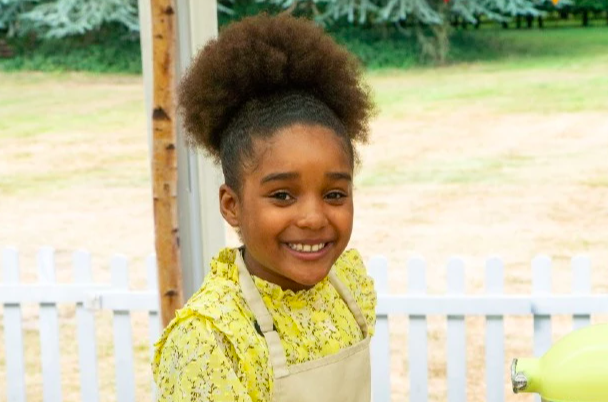 What was the Junior Bake Off 2021 prize?

Like the adult competition, there was no official prize money for the Junior Bake Off 2021 final.

Instead, Reece received an iconic glass cake stand trophy and a whole heap of kudos.

However, where the competition really comes into its own is in potentially providing a springboard for future food industry opportunities.

READ MORE: When is MasterChef back on?

For instance, 2019 champion Fin revealed after his victory that he would love to be a TV chef and cookbook author when he's older.

It might not be immediately lucrative, but there's no doubt that winning the competition is a great feather in your cap. 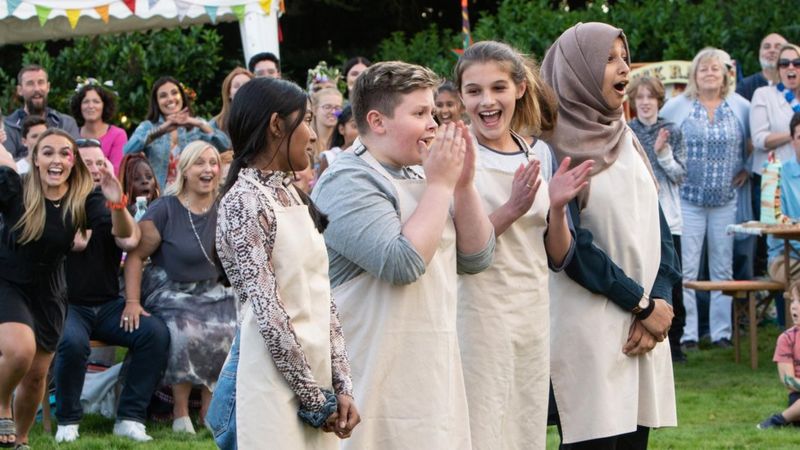 Who was eliminated from Junior Bake Off in the Semi-Final?

Unfortunately, Junior Bake Off fans have already had to say goodbye to some incredibly talented young bakers.

Here's who's left the competition in the semi-final.

Even though she won the technical challenge, Safiyyah struggled with her choux pastry semi-final showstopper.

However, despite the disappointment, there's no doubt that she had a stellar competition. 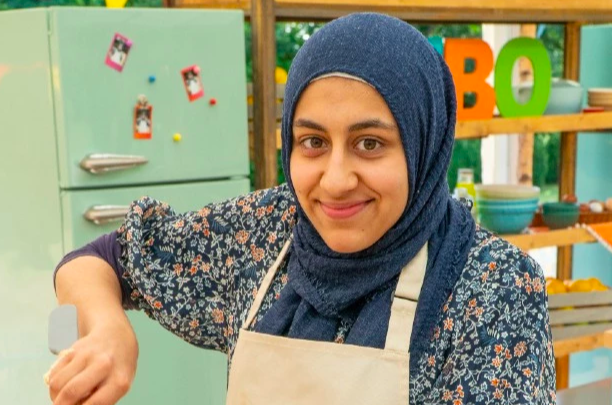 Safiyyah was eliminated in the semi final (Credit: Channel 4)

Despite presenting a delicious cake on Wednesday night, Fern's presentation ultimately cost her a semi-final place.

After coming 6th in the first technical challenge of the series, 10-year-old Fern really grew into the competition.

By winning dessert week and wowing the judges with her choux pastry in episode five, Fern went from outsider to one to watch. 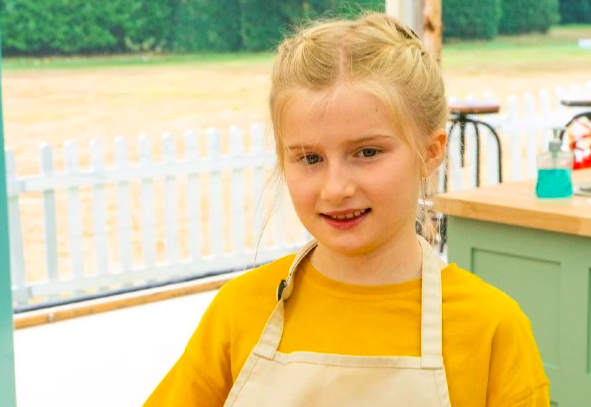 Fern was a strong contender on Junior Bake Off (Credit: Channel 4)

Despite his status as a firm fan favourite, Zack struggled with his sweet and savoury Mexican tartlets in Finals week.

Another Yorkshire baker, Zack has been cooking up a storm since he was young.

At his Leeds home, the 13-year-old uses the collective wisdom of his mum, grandmother and the internet to push his food to the next level.

With expertise in everything from brilliant birthday cakes to traditional Jewish challahs, Zack certainly has plenty of strings to his bow. 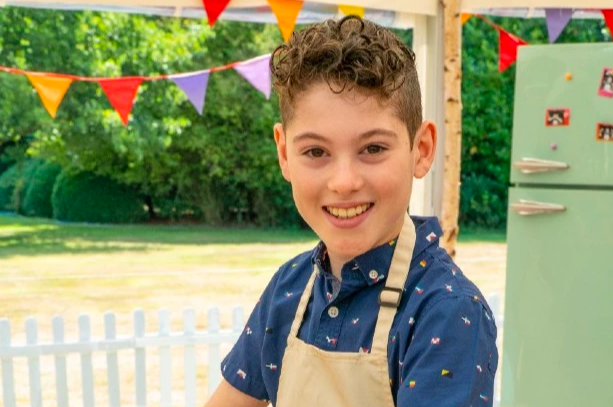 Zack was inspired by his mum and grandmother (Credit: Channel 4)

Despite a monumental effort in making it to finals week, Maddi came unstuck with the doughnut showstopper challenge

Inspired by her grandmother's old recipe book collection, 14-year-old Maddi has taken her bakes to a whole new level.

The 14-year-old Gateshead-born baker has recently added indulgent contemporary desserts like cookie-butter cheesecake to her repertoire. Coupled with a comprehensive understanding of classics like Victoria sponge, there's no doubt that Maddi is one to watch. 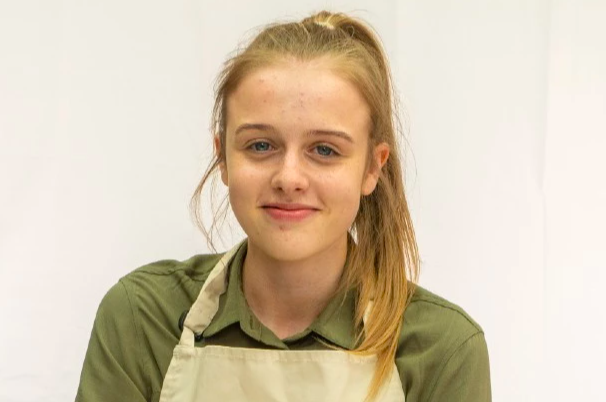 Maddi made it to finals week (Credit: Channel 4)

Henry made it all the way through to the final episode of the heats, before faltering when faced with pastry.

Creative both in and out of the kitchen, 12-year-old Henry certainly promises some seriously exciting treats.

The young cook is also a keen flautist, as well as sewer and drawer. He even enjoys making up his own languages! 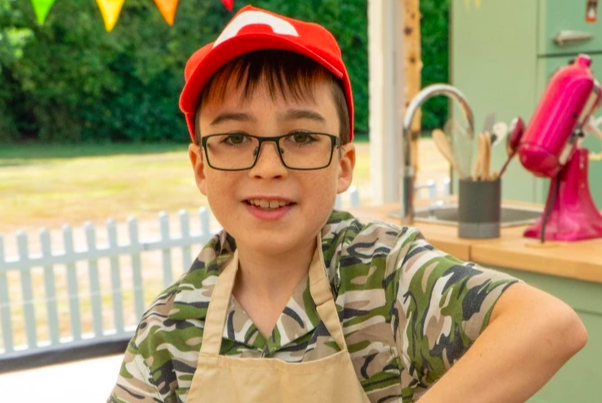 Henry is creative in and out of the kitchen (Credit: Channel 4)

Despite winning many fans during his time on the show, Will struggled with the technical "Mega Choccy Stacks" challenge.

While his nan might have originally inspired West Yorkshire-born Will to get in the kitchen, it's the internet that really helped to take his cooking to a new level.

Watching a series of cooking tutorials on the internet, the 12-year-old maestro is now something of an expert at tricky illusion cakes. 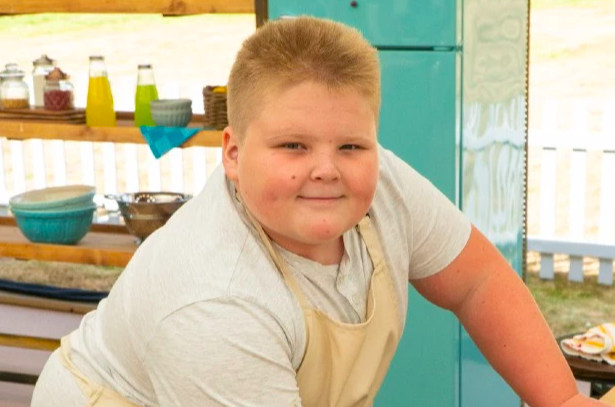 After struggling a little during biscuit week, 13-year-old Toby, unfortunately, came unstuck when it came to bread. He became the second contestant to be eliminated from Heat 2, following Sicily the previous evening.

For Toby, baking is something of a family tradition. Having been inspired to start by his mum and sister, the Cambridge-based cook is quickly becoming an expert himself.

Specialising in pavlova and practising his recipes on his friends at church, there's no doubt that Toby takes things very seriously! 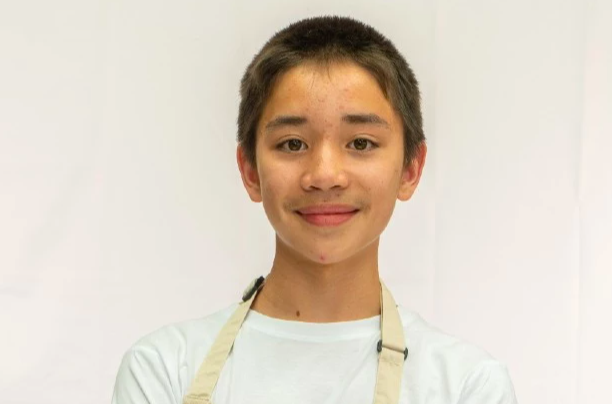 Toby was a consistent performer on Junior Bake Off (Credit: Channel 4)

Sadly, 10-year-old Sicily was the first to be eliminated from Heat two of Junior Bake Off.

Born in Devon, she is just as much a fan of the outdoors as she is the kitchen.

Between walks on the beach and rollerblading expeditions with friends, she specialises in treats like chocolate fudge cake.

Despite only being 10, Sicily's baking certainly doesn't lack ambition and she plans to keep it up following her Junior Bake Off departure. 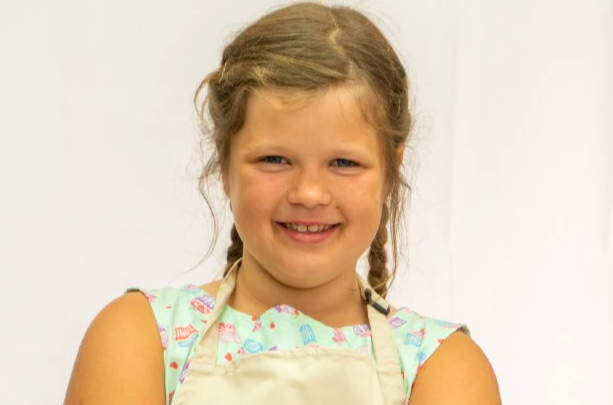 Sicily was eliminated from Junior Bake Off during heat two (Credit: Channel 4)

10-year-old Charlie impressed the judges with his incredible spider cake in episode one. Unfortunately for Worcestershire-born baking prodigy, his arachnid sponge wasn't enough to save him from an early exit.

Even though he struggled with some of the more technical bakes, Charlie's enthusiasm certainly wasn't diminished by the experience. Fingers crossed for the future! 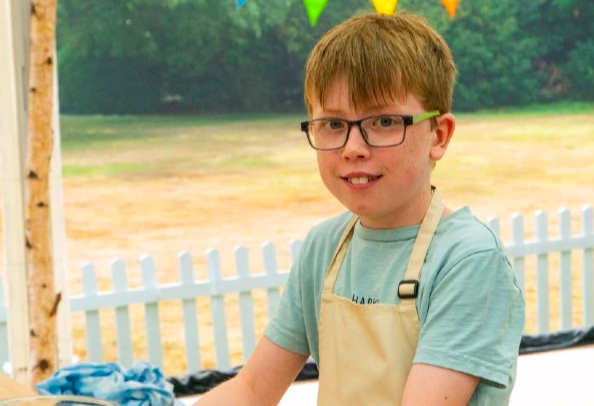 Charlie was a hit with the judges (Credit: Channel 4)

Despite winning Star Baker in episode three, Erin sadly fell short at the final hurdle of week one.

The Worcestershire-born teenager eventually came unstuck during the Jamaican patty technical, but not before she'd left her mark on the competition.

Whatever she decides to bake next, she'll certainly have won herself many fans. 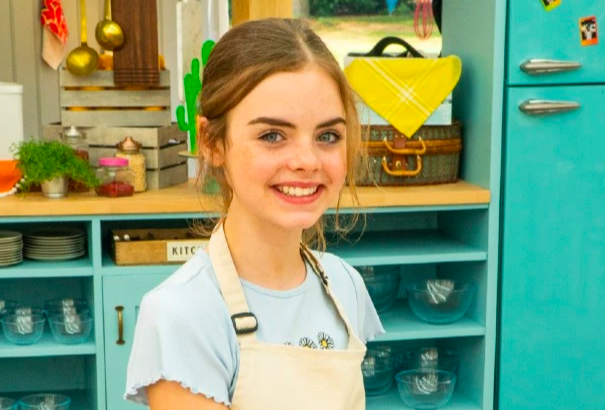 10-year-old Fyn certainly left his mark on this year's contest, cooking up a storm with his spectacular Spicy Sunset biscuit collage.

Unfortunately for the Hampshire-born aspiring baker, he came unstuck during bread week with his pizza star dough. Still, despite his early exit, there's nothing to suggest that he won't be baking for years to come. 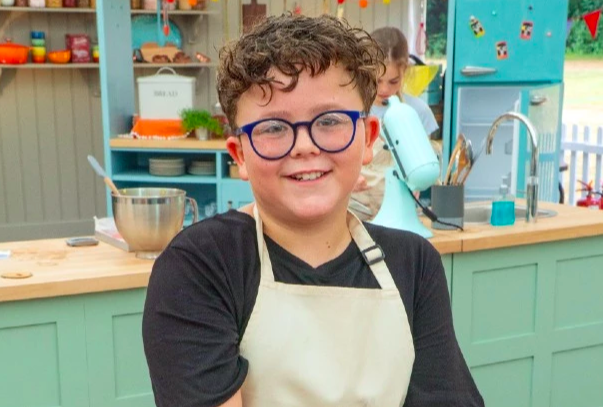 Although she had produced some seriously impressive show stoppers throughout the course of the competition, 10-year-old Sophia was undone by her particularly ambitious decorative trifle.

READ MORE: Is Harry Hill a doctor and what are the Junior Bake Off host's food credentials?

However, despite the disappointment of exiting in episode four, there's no doubt that Sophia has a lot of room for improvement. 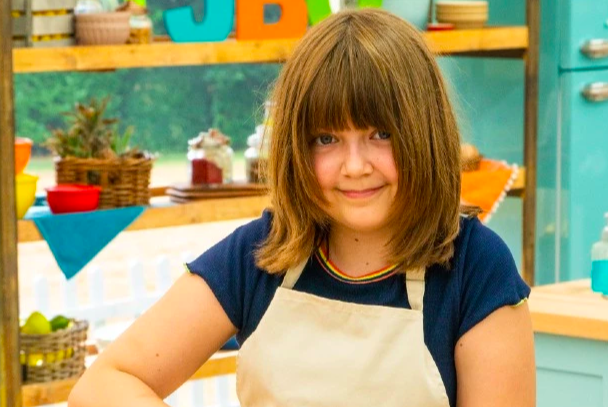